Ever since the travelling funfair has existed, the cheesy ghost train ride has been a staple of offerings, but happens when you make it something a lot scarier?

Last year, Thorpe Park opened a Derren Brown branded ghost train ride, but have relaunched it following feedback that it needed to be scarier. 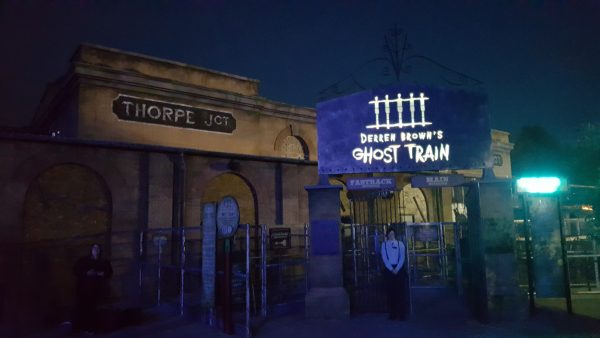 Although not an aficionado of funfairs, but of railways, a ghost train is still going to peek my interest levels.

The ghost train itself is classic Victorian carriage that is suspended in the air on chains, although sadly in the darkened train shed, and the rush to get on board it wasn’t really possible to appreciate that you’re walking on a gangplank in the air to a train carriage suspended from the ceiling. 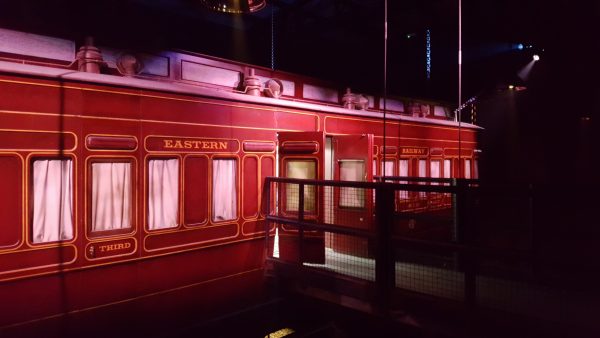 On board, it’s actually a VR set-up, so you are expected to put on those huge ungainly headsets and get settled down for a scary experience.

Suddenly, you’re alone, on a dark train, and with a very train like acceleration jolt, the journey begins, racing down tunnels in the darkness until you arrive at an abandoned tube station. Where, mysteriously although you never moved, the train is now a tube train, not the Victorian train you embarked on. 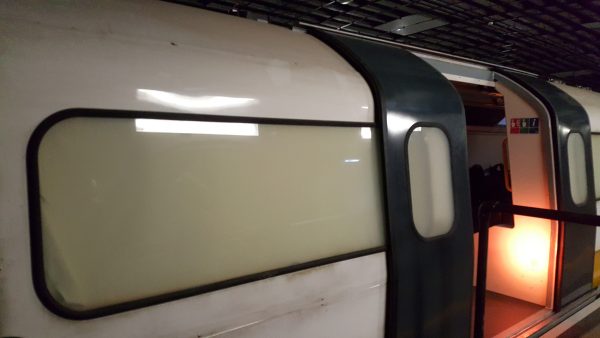 Some things happen which is would be a shame to spoil the scare by explaining, but then back on the tube train where more frights await, when you are once again back in the Victorian carriage at the end of the trip. 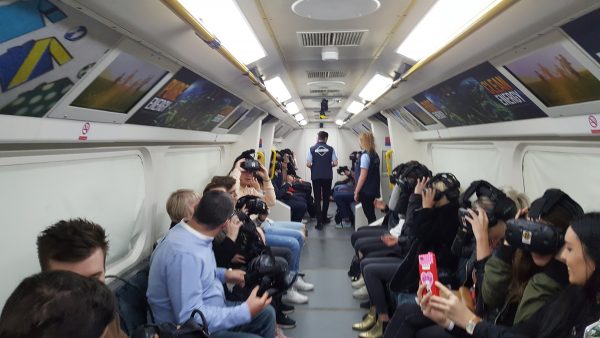 The 15 minute ghost train is an interesting take on the classic, and while I am not a great fan of the “make you jump” scares, this was scary, but not too scary. VR headsets can be a bit hit and miss, but here, the physically real effect of accelerating the tube train, and what we presumed were staff touching you at times in sync with the video story makes the experience a lot more real.

What delighted this tube geek was the arrival in the abandoned tube station, even if you barely have enough time to admire the handiwork due to the need to be rushed around because of the event.

Maybe it’s part of the physiological games being played, but not entirely sure why there’s a height restriction on the “ride”, nor if the delay going in was due to a fault was actually a fault, or part of the build-up of suspense.

That’s part of the fun though, the uncertainly.

My companion on the trip also saw something different to me, suggesting a number of scenarios have been created.

I was also quite tempted by the levitating train model in the gift shop. 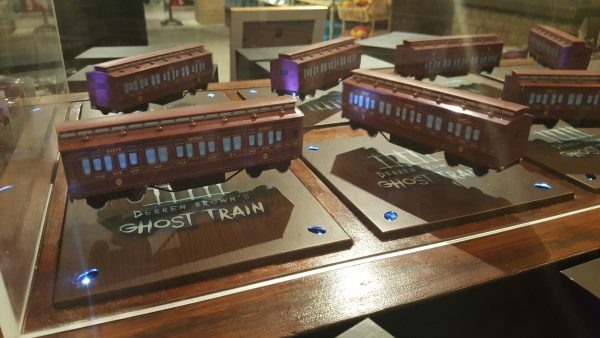 The Ghost Train is open at Thorpe Park. 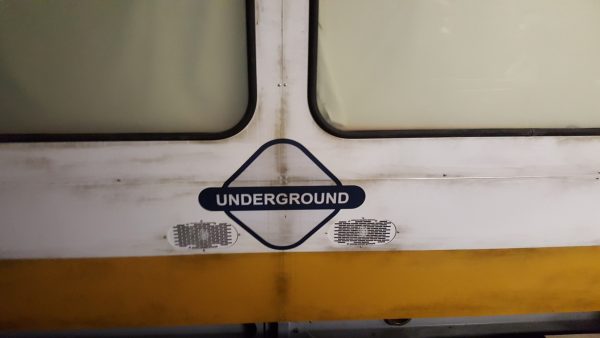