Restoration of the Crystal Palace Subway has started

After long years of planning and fundraising, the restoration of the remarkable Crystal Palace subway has started this week.

Built to run under the road between the Crystal Palace and the nearby High-Level railway station, the grand ornate columned subway was for 1st-class passengers and is unlike any subway under a road you’ve seen in London. It can be described as being in three zones — three sets of grand staircases leading to the Palace above, a once glass-roofed atrium, and the famous brick subway itself. 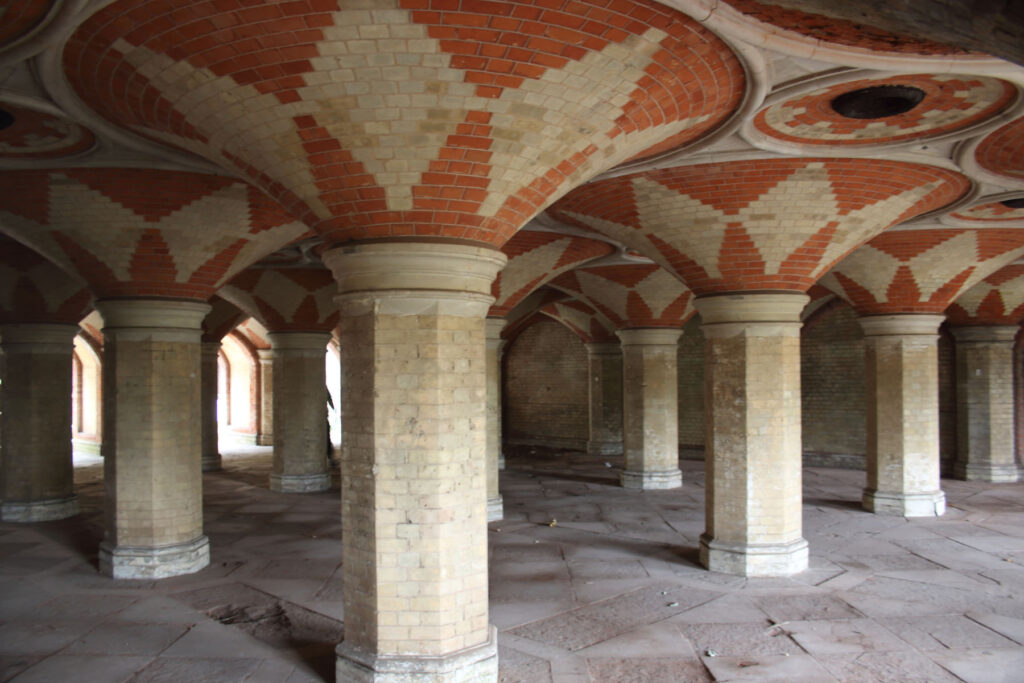 Following the receipt of £2.8m grant funding, The Crystal Palace Subway Restoration project will carry out restoration work to the Grade II* listed Subway, reinstating severely damaged parts of the site. The intention then is to open up the restored as a community asset.

Planning permission for the restoration works was granted by Bromley Council’s Development Control Committee in January 2022, including the rebuilding of existing walls, construction of new parapet walls, and a roof structure.

To date, survey work has been undertaken and the site has been cleared of vegetation. The clearance uncovered the remains of the subway’s south staircase which has been inaccessible since the early 1900s.

The contract to restore Subway was recently awarded to DBR, a specialist heritage contractor and they are now on site starting to set up their site facilities. Works to the East Courtyard are due to start in August 2022, and it’s expected that the new roof structure will be constructed between October 2022 and January 2023, with the works reaching completion in the Spring of 2023.

Although the subway’s future is still to be determined, it is envisaged that following restoration, the site will become a multi-functional space that will be accessible throughout much of the year. At present, no commercial proposals for the function of Subway have been established.