Remains of an undercroft and 12th century bridge under John Lewis

In the late 1980s, a major redevelopment of the centre of Kingston Upon Thames resulted in the building a dual carriage relief road, and a brand new John Lewis department store. One side effect of that was the uncovering of an old underground crypt and the remains of the old 12th century bridge over the Thames.

The undercroft was sited under the old Rose and Crown Inn at the north end of Old Bridge Street at its junction with Thames Street. As that was going to be under the new main road, a plan was made to preserve the chalk and flint barrel-vaulted cellar, built c. 1350 by moving it to a new location. 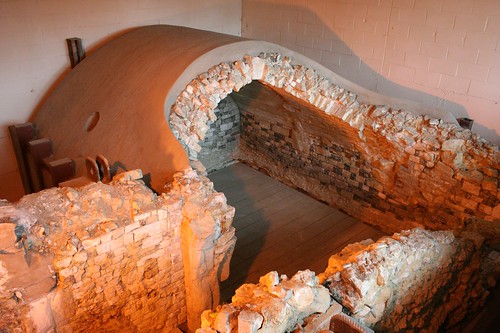 A team of engineers were able to reinforce the structure within a concrete raft, and once secured, the whole building was lifted up and — after a short delay in storage — moved to a space next to the Thames, which is now part of the John Lewis basement.

Moving undercrofts to new locations is not a new idea – the same thing happened to the Whitefriars in the City of London. 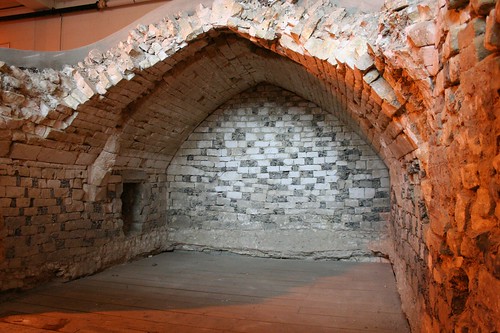 The basement also contains the remains of the stone foundations for the original wooden bridge over the Thames. It was a significant bridge as it was the only bridge until you got to London Bridge until a bridge was built at Fulham in 1729.

The stone walls supported a roadway up to the bridge, which was made in timber. It was replaced by a stone bridge slightly to the south in 1828. 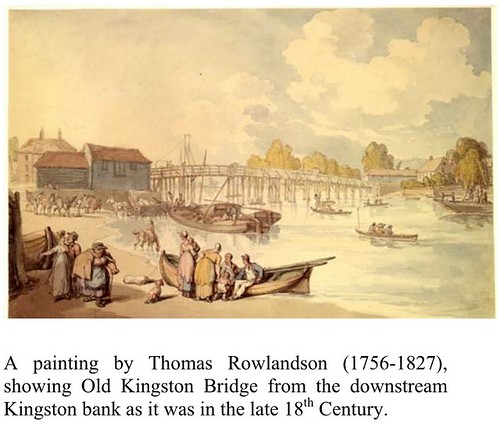 What remains visible above the basement is the early road that runs down to the riverside on the opposite side of the Thames, and on the Kingston side, some cobbled stones in the path mark the location of the bridge.

It’s worth remembering that the river was wider and shallower at the time, so the bridge would have been wider than the Thames is today to deal with the changes in geography. 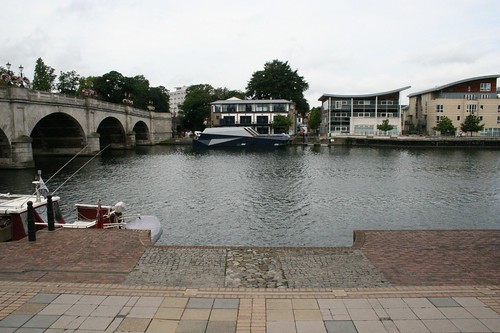 There is a good selection of photos and explanatory signs to show how the conservation work was carried out, and in the basement itself, weirdly, the remains of a London Transport poster display from a nearby art gallery that closed there recently.

Access is via the riverside (map link), not via the shop – or the Waitrose in the lower floor, which is where I initially asked to some bemusement where the medieval remains could be found. 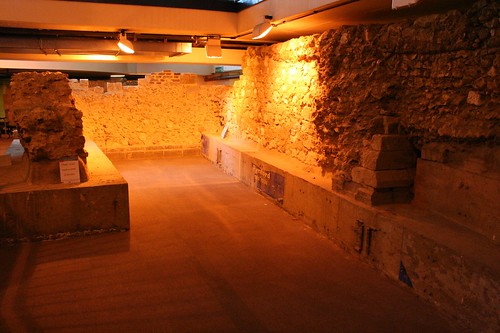 NEWSLETTER
Tagged with: kingston upon thames