Rare watch goes on display in the Science Museum

An intricate British-made watch which sold in 2017 for £3.2 million has gone on display in the Science Museum for the next few years. 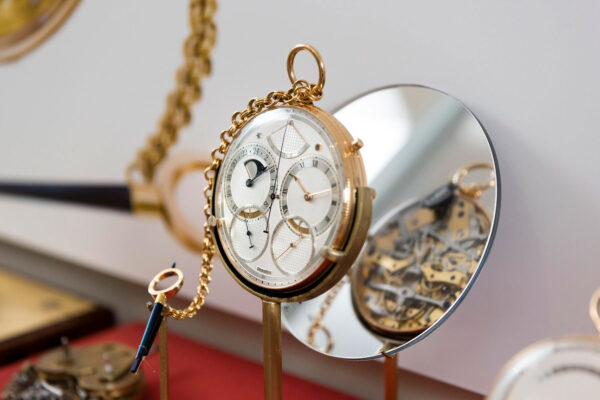 Handmade by watchmaker George Daniels in 1982, the Space Traveller II was named in honour of the Moon landings, and has been loaned by its private owner for display in the Clockmakers’ Museum at the Science Museum.

Established in 1814, the Clockmakers’ Collection is the oldest collection of clocks and watches in the world, with the majority of the 1250 timepieces dating from between c.1600 and c.1850.

The Space Traveller II can be seen in an exhibit about George Daniels, the British watchmaker who helped revive independent watchmaking in the late twentieth century.

George Daniels was considered to be the best in the world during his lifetime. He was one of the few modern watchmakers who built complete watches by hand (including the case and dial). But it was his creation of the coaxial escapement for which he is most remembered. The movement, which removed the need to add a lubricant, has been used by Omega in their highest-grade watches since 1999.

Daniels made two similar watches (known as Space Traveller I and II). The first was sold soon after its completion, while the second watch was used by Daniels until his death in 2011.

The anonymous owner of Space Traveller II, said to be “not a recognisable face within the watch auction business” has now loaned it to the Science Museum so that more people can admire the craftsmanship inherit in its design. 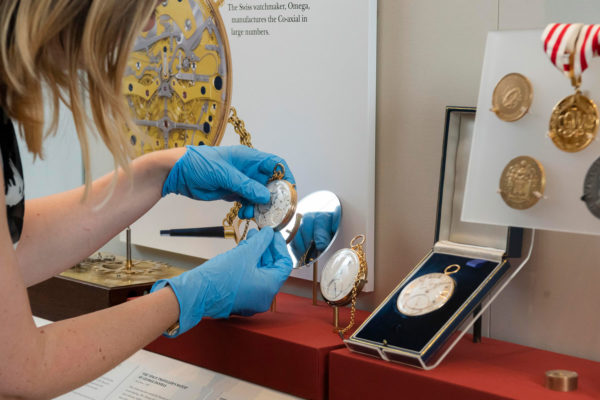 The Space Traveller II is an 18ct gold-cased watch with a silver engine-turned dial. Fitted with Daniels’ independent double-wheel escapement, the watch can display both mean solar and sidereal (star) time. The watch also shows the phase of the moon, an annular calendar, the equation of time and features an ingenious chronograph (stopwatch) which functions with either solar or sidereal time via the flick of a lever.

The Space Traveller II will be on public display for a minimum of three years at the Clockmakers’ Museum, which is free to enter and located on the second floor of the Science Museum.

There is also an educational trust, funded by the sale of most of his collection after his death — which supports students seeking to become watchmakers.