Rare photograph of London in 1845 gets first ever public display

Published 22 May 2014 by By Ian Mansfield Events and Tours, History, Museums

A new exhibition opens next month at the Museum of London Docklands that offers a chance to see a rare photograph of a long lost bridge over the Thames.

Where the Hungerford railway bridge at Charing Cross now stands used to be an early suspension bridge built just for pedestrians. Although I have written about it before, and there are plenty of drawings, photographs are somewhat rarer.

The photograph that will go on display is in fact the oldest photograph in the museum’s collection and was taken by the photography pioneer, William Henry Fox Talbot in 1845. 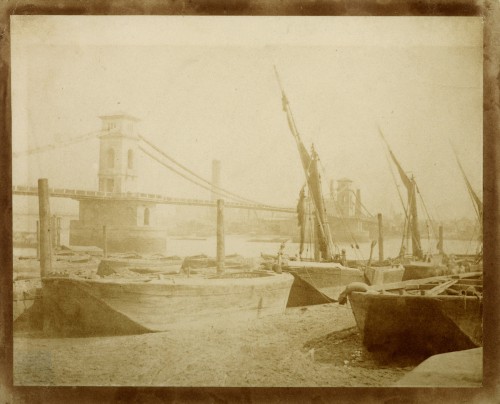 The exhibition itself opens at the end of June and runs until November, but due to the fragile nature of this special photograph, it will only be on display for the first month of the exhibition — and then in a special dark room with a push-button light to briefly see it.

This delicate salt print photograph is based on a technique that predates the conventional photograph. Fox Talbot began developing his ‘calotype’ photographic process in the 1830s but only published his work in 1839. Up until 1845 methods of fixing an image were not fool-proof – and it was not until that year that he made his major breakthrough.

So this photo of Hungerford Bridge is also one of the earliest that could have survived intact.

This delicate salt print has never been out on public display before. Because of its age and the fact that Fox Talbot only perfected his process in 1845, the museum said they were not taking any risks with it.

The rest of the exhibition, which opens on the 27th June is based around the rest of the bridges that cross the Thames and is made up of a mixture of paintings, photographs and drawings.

In addition to architectural photos of bridges under construction, it also explores how artists have long sought inspiration from, on and under this city’s bridges.

Photos courtesy of the Museum of London Docklands. 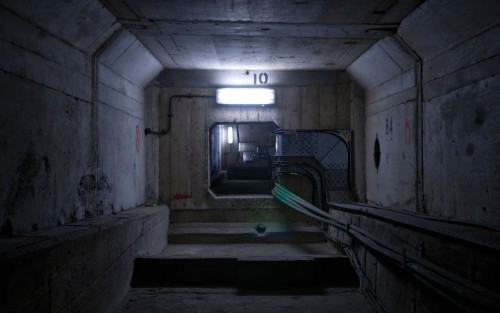 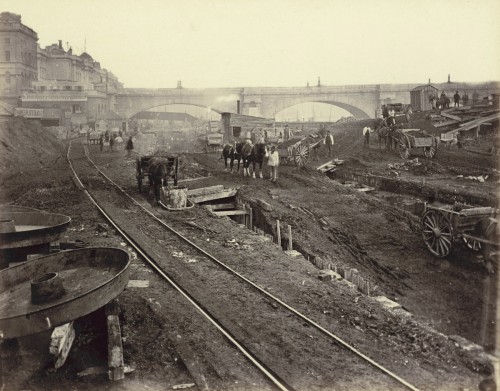 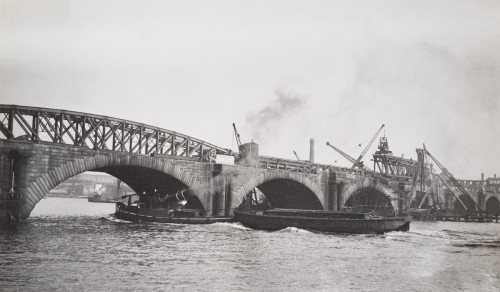