Hidden underneath an uninspiring City office block is one of London’s most important roman ruins, and it has a rare open day tomorrow (Sunday).

Situated next to the river which in those days was much wider than today, the bath house was probably a very important building for local traders.

Entry to the basement is through a back door and down some stairs, and then laid out beneath some scaffolding, what is thought to be a Roman guest house, or very early hotel. 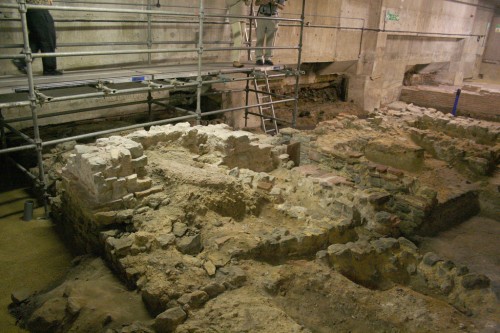 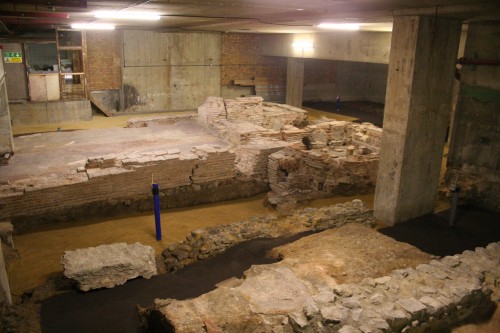 The remains were first discovered in 1848, during the construction of the Coal Exchange, but not excavated properly until 1968-9, when the road was widened and the current office block built on the site.

Since, then it has very rarely been opened to the public, although recently it has been opened up maybe twice a year to visitors.

Tomorrow (Sunday) is one such day.

Entry is free and the basement is open from 11am to 4pm.

Look for an open door in the office wall, near to the traffic lights.