Rather too well hidden behind a dense hedge can be found the remains of a Georgian bath that was used by the estranged wife of King George IV, Queen Caroline. 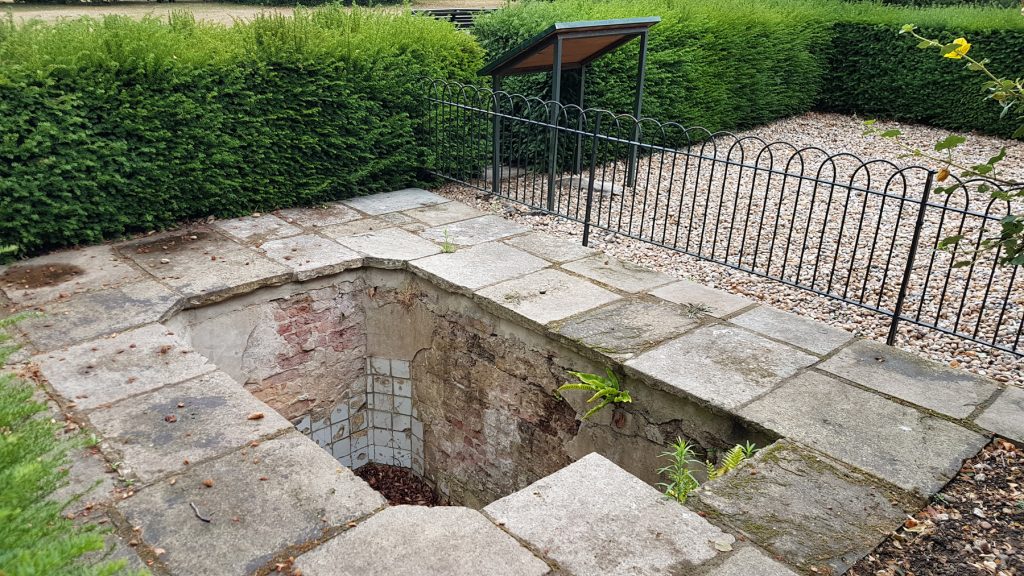 It sits here inside Greenwich Park, but was once part of the since-demolished Montage House which stood on the site, and the bath would have had a glazed glasshouse to house it.

Queen Caroline spent much of her time away from Court and her husband by living in Montage House, which stood on the edge of Greenwich Park. from 1798 to 1813. She was noted for her rival court and parties, and allegations of adultery.

The bath was installed during her residency and would originally have been housed in a latticework, glazed structure and accessed through a door from the main house. The house was demolished in 1815 and only its eastern wall survives, partly rebuilt as a boundary to Greenwich Park. 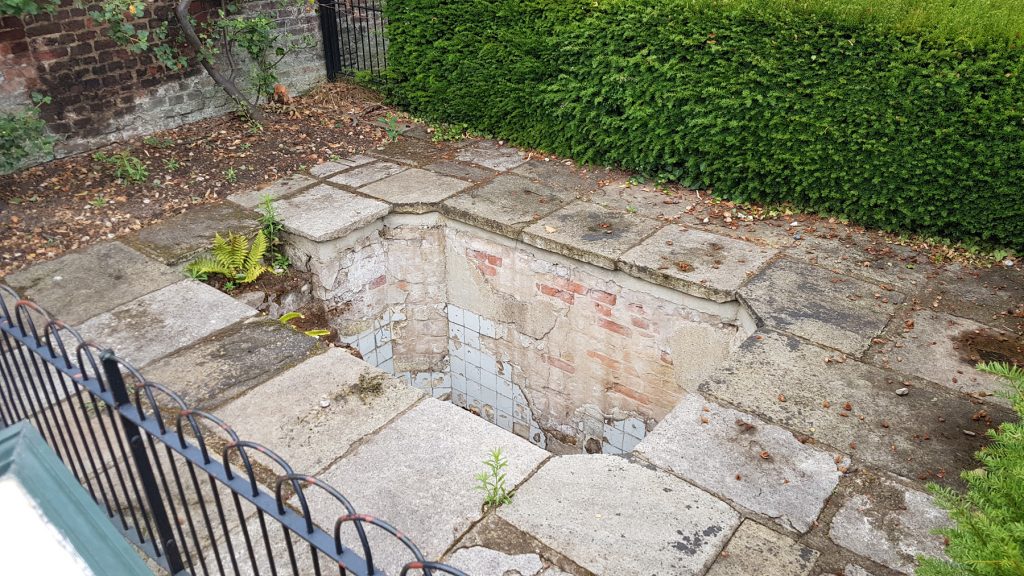 The bath is rectangular with canted corners and a flight of brick steps in one corner leading down the approximately 1.5m depth. The bath is brick-lined and the lower courses are clad in bluish tiles, not all of which survive.

Today it’s a bit difficult to get up close to, but there is a gap in the hedge by the wall which gives a better view than the narrow gap by the recently installed sign.

It’s a very easy landmark to miss thanks to being surrounded by the hedge, and not signposted, which is a pity. 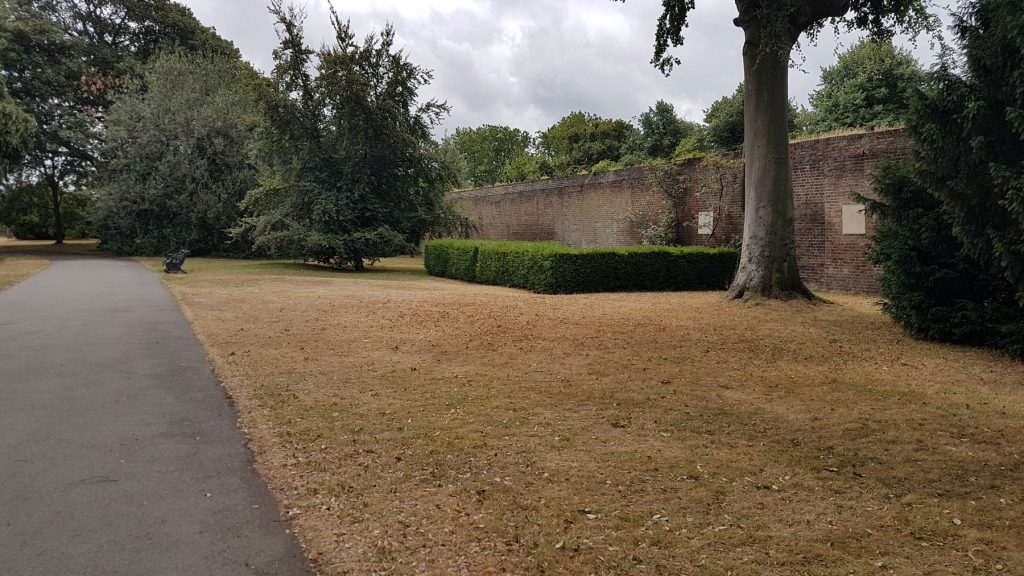 What is also notable nearby though is a plaque on the wall. 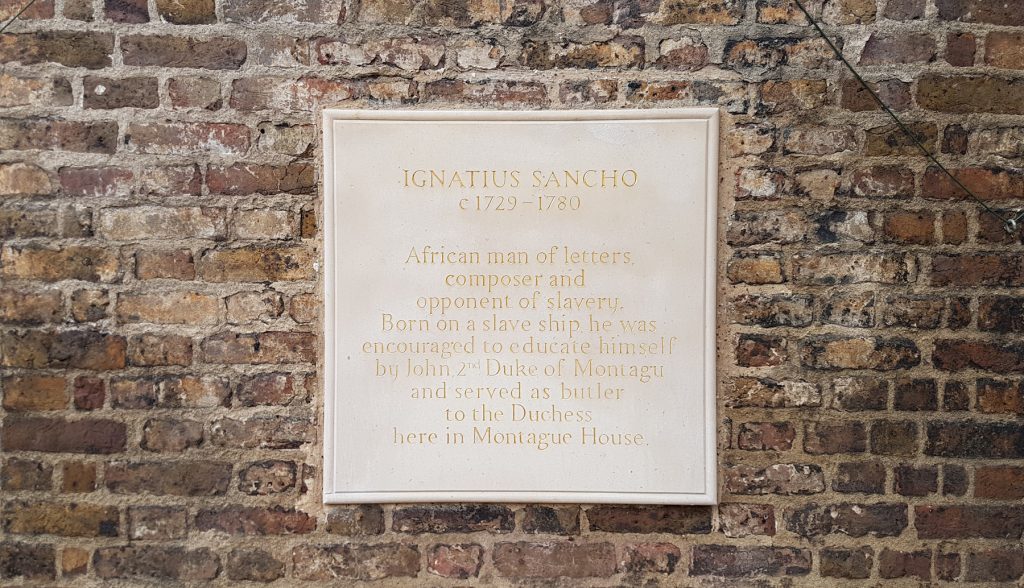 This is to the memory of Ignatius Sancho, a British composer, actor, and writer, and the first known Briton of African heritage to vote in a British election.

He was born on a slave ship in 1729, and was later brought to Greenwich to work for three sisters. The nearby Duke of Montague encouraged him to learn, and eventually, he ran away from the sisters to work at Montage House.

He later became a noted writer and campaigner for the abolition of slavery.

Ignatius Sancho died in December 1780, and was the first person of African descent known to be given an obituary in the British press.

Two very different, but equally curious pieces of history in the same location.