The Walkie-Talkie skyscraper may have gained a reputation for frying eggs on the pavement, but its basement conceals remains of a much older conflagration — the burning of London by Queen Boudica.

As part of the leveling of the various plots of land that were stitched together to form the site of 20 Fenchurch Street, the Museum of London Archeology (MOLA) team were given access to the grounds as the remains of the mostly 1950s/60s offices were cleared away.

As with many buildings of the early post-war era, most of the archeology was simply bulldozed, but this area was slightly blessed in that the basements didn’t go down too deep, so while the remains of medieval London now reside in an Essex landfill, there were some deeper remains from Roman times to be uncovered.

Although the remains were patchy, there was enough left to justify publishing a book about the findings. 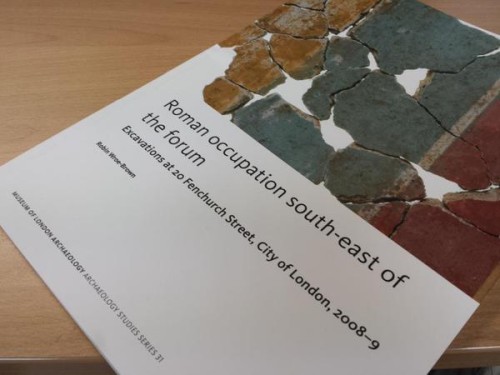 What turns up from the careful application of trowel to soil is that the site was probably first occupied by the Romans as early as AD 50-5, when land clearing for housing can be detected.

In addition to the finds you would expect, of pottery and the like, there were also some animal remains offering insights into the culinary practices of the time. Horse was found, but in the absence of processed food at the time, it is presumed that it wasn’t accidentally eaten.

It was however in AD60/61 that much of Roman London was razed to the ground by the Iceni revolt, lead by the famous Queen, and here the archeologists were able to find physical evidence of the burning of the houses on the site of the modern skyscraper.

The book notes that typically, the layers uncovered were composed of burnt brickearth, ashy silts and charcoal. Marble from Turkey was also found in the burnt layer, along with fragments of imported fabrics and fine ware vessels.

Unsurprisingly, when the Romans rebuilt the city, more fortifications were added, and it is presumed that some of the later buildings on the plot were associated with a military garrison fort that sat next to where the Walkie-Talkie is today.

However, with just a few exceptions, the buildings built by the Romans appeared to be mainly residential, with just one building showing signs of having been used for metal working. 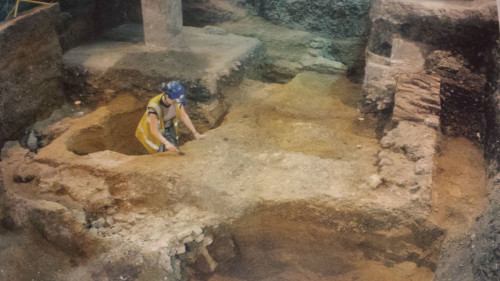 Later, the land seems to have been cleared a bit, maybe for more high-status houses with larger gardens, and one building in the 3rd century AD was found to have remains of its cellar still intact.

A separate publication is being prepared about the cellar.

The book is a formal academic tome, but the first half is still very readable and gives a good timeline of the plot of land now occupied by the skyscraper. The second half is a catalogue of the finds, with some commentary about the more significant objects.

It’s copiously illustrated with drawings of the finds, maps of the area, and photos of the excavations.

The book is available from Amazon or from MOLA — costs just £15. 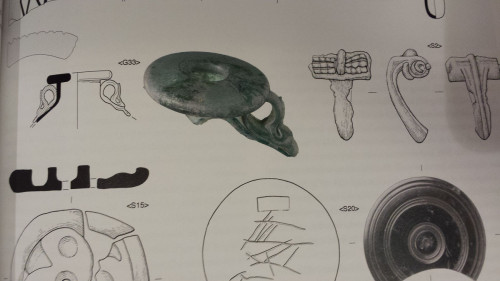 It’s a sad fact that while buildings that go up can be either loved or loathed, at least if loathed, they can be torn down and replaced. However, the way that the 1950s-60s treated the ground beneath, often gutting them without much concern is damage that can never be undone.

At least today’s offices are built with some regard for the land they sit upon.