Published 1 April 2013 by By Ian Mansfield Events and Tours

Surrounded by a building site, one of the few objects within the Olympic Park that doesn’t have builders crawling all over it is the Orbit Tower.

So the park has taken the chance to let people slip into the park, head up the tower and take a look around. 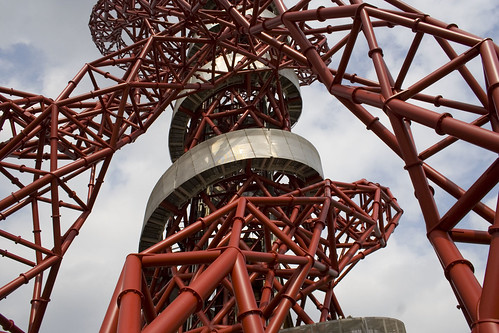 Billed as a chance for an “exciting behind-the-scenes visit to the Olympic Park construction site”, it is actually just a trip to the tower and back again.

Kitted up in hi-vis jackets and hard-hats, more for effect than practicality, a bus takes you from a portacabin meeting point to the Orbit. En route, you are regaled with a health and safety message from Mayor Boris

If you went up the Orbit when the park was open, then nothing much has changed, although there is now a legacy display on the lower of the two floors. I didn’t get to visit the Orbit on my one visit to the Park, as some Queenly Monarch turned up and the mere public were not permitted in at the time.

The difficulty with the Orbit  is that when looking out from the inside, the twisting metal structure gets in the way of seeing the Olympic Park itself. It’s a great place to see the distant parts of London from, but essentially useless to see the park. 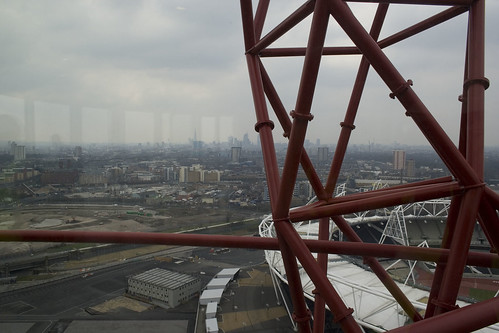 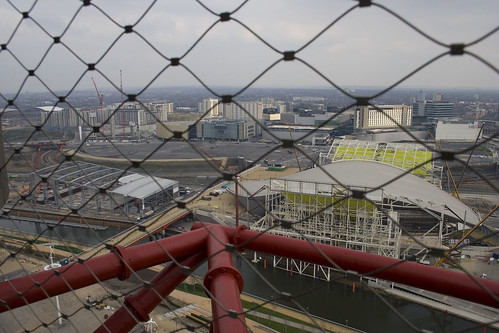 If you haven’t been up the Orbit, and fancy a bit of a different thing to do, then the tours are not bad. But if you are expecting the promised “behind the scenes” visit, then you will be disappointed.

Tickets are £15 per adult, and have to be booked in advance. 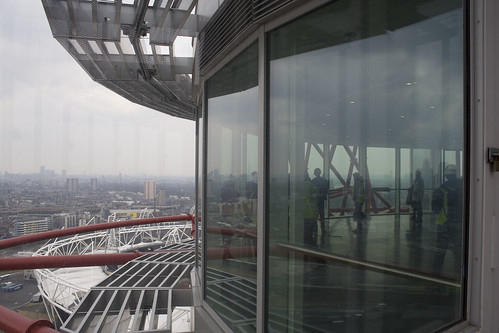 A load more photos over here.