One of London’s great hidden marvels is the subterranean Post Office Railway running under the centre of the city and now, sadly mothballed.

Disused bits of underground railways are exceptionally difficult to get into, although the Transport Museum is now doing a decent job of opening up the Aldwych station a couple of times a year.

Alas, the Post Office railway is one of those seemingly perpetually sealed off areas — save for the occasional criminal trespass, or somehow, an authorised photographer.

The photographer in question this time is Bradley Photography and a fairly small exhibition has opened in the British Postal Museum near Farringdon. 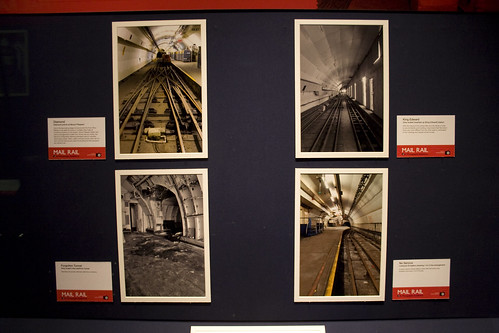 It’s just a few photos in some glass cases, and a few much larger posters dotted around the rest of the study room — and frankly, I’ve seen vastly more photos online. Nonetheless, they are achingly atmospheric, as all photos of abandoned tunnels tend to be.

And lets face it, if you were to want to take a look at some photos of the Post Office railway, then inside the Postal Archive is a pretty relevant location to do so. There’s also a modest guide to the exhibition that you can pick up for £1.50 while you are there.

The exhibition is free and will be ongoing until the new museum is ready for visitors in probably about 2 years time. It’s open throughout the week, and occasional Saturdays. 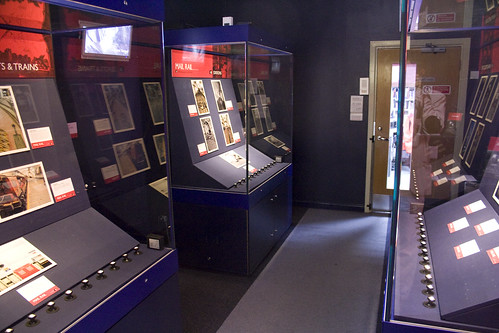 As an aside, I am totally baffled as to why the Royal Mail is so reluctant to arrange guided tours of one or two sites — they would be hugely popular. A walk along the tunnels between two stations would be thrilling — even if you wake up the next morning with a sore neck after spending 30 minutes slightly hunched over to avoid banging your head on a tunnel ceiling.