Approximately 95% funded, the museum says that it is now focusing on raising the remaining capital necessary to enter the build phase, with construction expected to begin later this year.

When completed, the new museum will do the usual that you would expect for a museum of postal heritage. 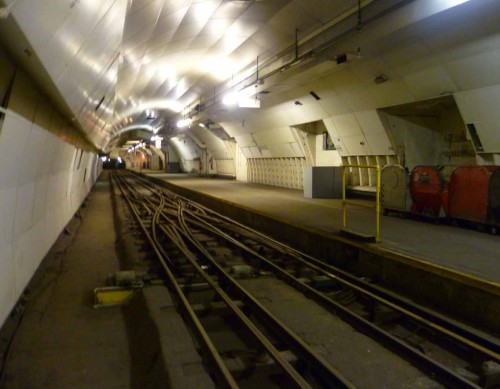 However, it’s the plans to open up the subterranean railway that garnered the most attention after I first highlighted the planning application being filed last October.

Used to transport mail across London for more than three-quarters of a century, new trains will carry people, rather than post through a section of the original tunnels before exploring an exhibition in the Car Depot at Mount Pleasant, where train maintenance was undertaken throughout the railway’s life.

The Londonist took a trip in one of the existing mail carriages that were used for staff transport earlier this year.