Plans to resurrect the ZX Spectrum?

Any geek of a certain age is going to squeal when they hear that the 1980s icon, the ZX Spectrum is about to make a comeback.

According to a report in the Telegraph via @Peter_Watts, the company that was once responsible for some of the most popular Spectrum games, Elite is planning to develop a console for next year’s 30th anniversary of the Sinclair computer. 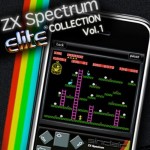 Elite has itself been quite successful recently by converting its archive of games to work on Apple’s iPhone.

There is nothing on the Elite website about this new project, and they are usually quite good at sending out previews of new products to writers (including my day job), so I am not what the source of the Telegraph story is, but fingers crossed!

For me, although not the first computer I used, the ZX Spectrum was the first one I owned. When they brought it for me, I suspect my parents wanted me to be the next Matthew Smith or Chris Stamper, and while I liked playing some games, when it came to writing programs, I was much more interested in mathematical modelling.

At the time, I was regularly told by everyone that I was wasting time fiddling with silly ideas about drawing 3D shapes using pure maths – but the 3D polygon maths I got so much pleasure from now underpin the entire computer games industry and half of Hollywood’s special effects. Oh well.

When I left school, it seemed as if my computing days were behind me, and for many years, I didn’t see a computer, until I took a job at a retailer where the boss was given a Psion 3a for Christmas, and I noticed it could be programmed. That little hand-held device became the company’s stock control system. Later they had to install some Windows 95 based machines, and I finally got back into modern computing.

I can code reasonably competently now for websites etc., but somehow there is something missing from modern computing – and that is the challenge of compressing everything into a mere 16kb of memory – or 48kb if you were really lucky. 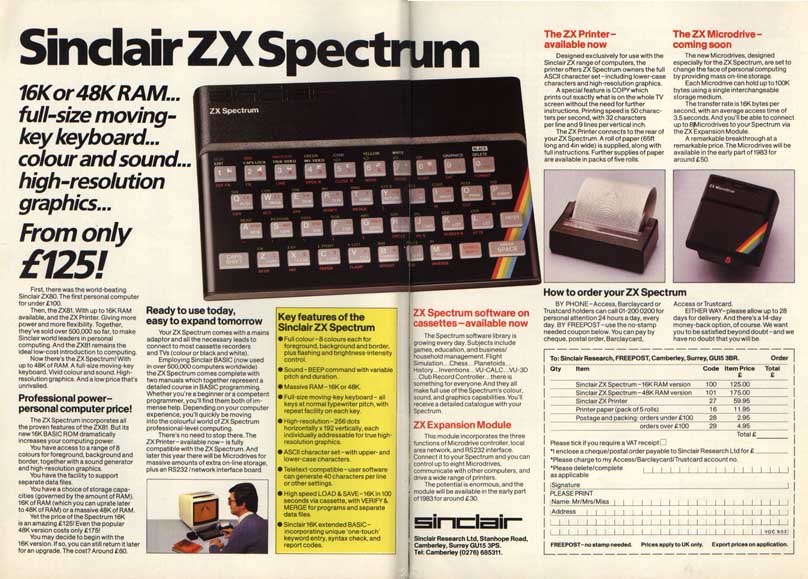 When I started web coding, there was that sense of cutting-edge adventure again, but since then, the web has been tied up in red-tape and standards and industry policies that make it difficult to do something “original” that hadn’t spent 3 years in planning in a standards committee somewhere.

A momentary frisson of excitement took place when mobile phones started getting smarter, and I had a fully functioning ZX Spectrum emulator running on my Nokia 7650 mobile phone some 8 years ago. Was quite fun to play those old games again on my mobile phone, and write the odd bit of code again by digging out some old Spectrum programming books I still own.

Fortunately, I am working on a project right now that is not at all “cutting edge”, but after a whole year of limited coding opportunities it has been nice to get my hands dirty again.

I still own my ZX Spectrum as it happens – I hope the new product retains the rubber buttons. Not everyone liked them, but they were an integral part of its design.

Now if you will excuse me, Gandalf is telling me to hurry up while Thorin is singing about gold.