Places to watch the Transit of Mercury from London

On Monday May 9th 2016 the planet Mercury will make a relatively rare transit between the earth and the sun, appearing as a small black dot passing across the surface.

A transit of Mercury across the Sun takes place roughly 12 times per century, but less often are they also visible from the UK.

The one taking place in May 2016 should be one of the most widely seen, thanks to being visible across parts of America and Western Europe.

It’s not possible to see the transit with the naked eye, and perilously dangerous to use a telescope to look at the sun directly, so in London, five locations will offer events to let us see the transit safely. 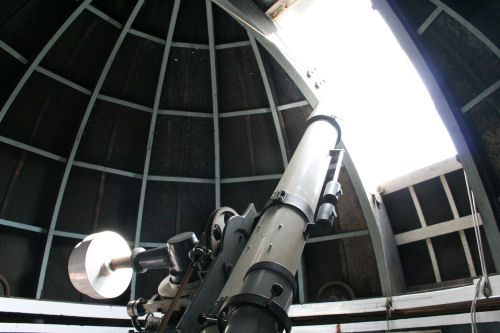 The Hampstead Observatory in North London will be open, but only if the weather is likely to make observing the transit possible.

The Royal Astronomical Society will be running a free event outside their headquarters in the courtyard of Burlington House, Piccadilly where members of the public can come and view the transit using appropriate equipment at no cost.

The telescopes and equipment will be set up outside the Royal Academy. 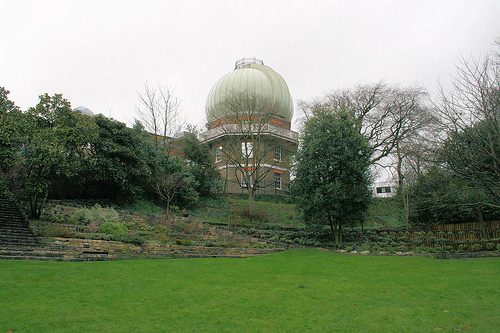 In South London, there is the Greenwich Observatory, and they are having a day of events to mark the transit. The events run from noon to 6:30pm.

There will be free telescope viewings next to the Astronomy Centre, and special ticketed sessions to view the event through the largest lensed telescope in the UK, the Great Equatorial Telescope.

The 28-inch wide lens of the telescope will be specially filtered to produce an image at the end of the telescope that can be safely viewed by the human eye. There are only two special half-hour viewing sessions of this type available on this day, and astronomers will be on hand to explain the Transit of Mercury as it progresses.

Two times for viewing are available, at 4:30pm and 5pm, and you have to book tickets in advance.

The Flamsteed Astronomy Society, also based at Greenwich Observatory will also be out, with 5 solar telescopes from noon onwards.

The Orpington Astronomy Society will have a set-up in Bromley High Street with telescopes to observe the transit. They will be on site from noon to 7pm.

The Open University in Milton Keynes will be hosting a Mercury Transit Festival from 4pm to 8pm. Booking necessary

The BepiColombo Mercury mission, a European Union mission to send a spacecraft to Mercury will be streaming live images during the transit both from space and from solar telescopes in Spain and Chile.

The next transit takes place in 2019, which wont be easy to see from the UK, then a long wait until 2032, which will be partially visible from the UK.

It wont be until 2039 that a full transit of Mercury will be visible from the UK again.