Obviously, unrestored brick vaults are like catnip to this subterranean geek, so messages were exchanged and I was able to go and have a look around the place, and take photos for your enjoyment, before the builders go in.

These vaults are also almost entirely unseen by the general public. There were a couple of tours about 11-12 years ago for London Open House Weekend, but that was the first and last time the public were ever let inside.

The Mall Galleries occupies what was originally the stables for Carlton House Terrace which backs onto The Mall and the brick vaults themselves are under the front driveway of 17 Carlton House Terrace, which acts as the rather posh “back door” to the galleries (as well as housing a host of other august institutions). 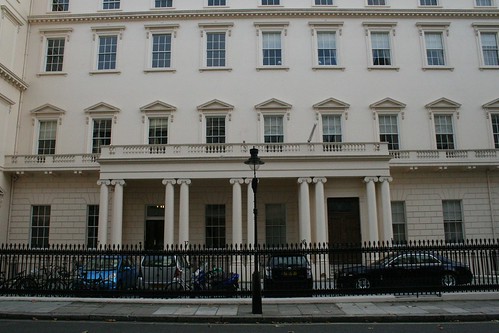 The vault layout -– which is nationally important — remains virtually unchanged with the exception of a few blocked up windows which were bricked up following damage from a nearby German bomb.

The vaults are a bit damp in places to be suitable for use as posh gallery space, but they can be converted into educational areas and temporary installations. This 3D scale model shows the layout – with the black areas being the back of the existing gallery, and the white being the space being brought into use.

There is a long municipal corridor leading from the gallery to the vaults – and is currently used for offices and services. Some of these side rooms will become cloakrooms/toilets etc.

Heading to the brick vaults, you will pass through an open air gap – which will be glassed over – and is under the front steps of Carlton Terrace – then into the vaults themselves. 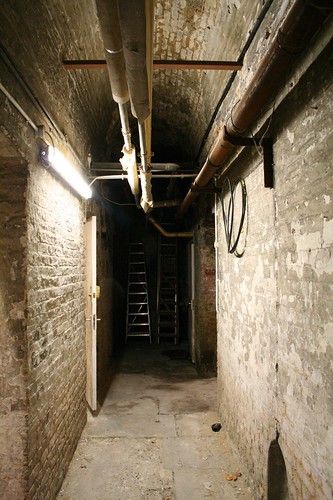 It is expected — and the details are still being finalised — that three rooms on the left will be knocked into one to make a large brick arched room.

To the right, a quarter circle of rooms may be left intact, or have the walls removed if possible, but will make for gallery spaces and workshops. The bricked up windows will be restored – and will look out onto a very small courtyard area that sits at the bottom of a deep light well two stories below the front courtyard. 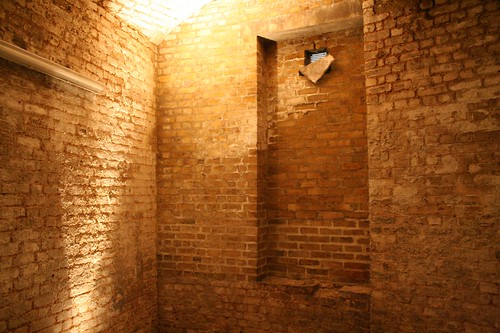 The two rooms furthest under the road are likely to be left roughly as they are as they are a bit damp and the rough appearance is more of an asset than a problem here. 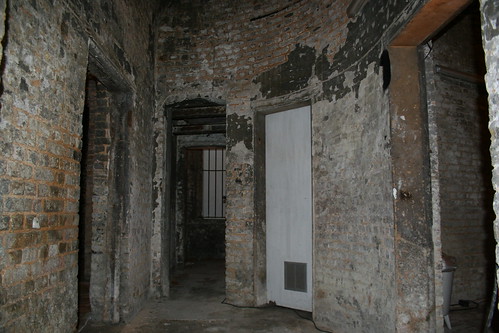 In the rest of the place, it is likely that the walls will be covered up to about shoulder height and the left exposed above that. A concept of the finished design – still very much a concept at the moment. 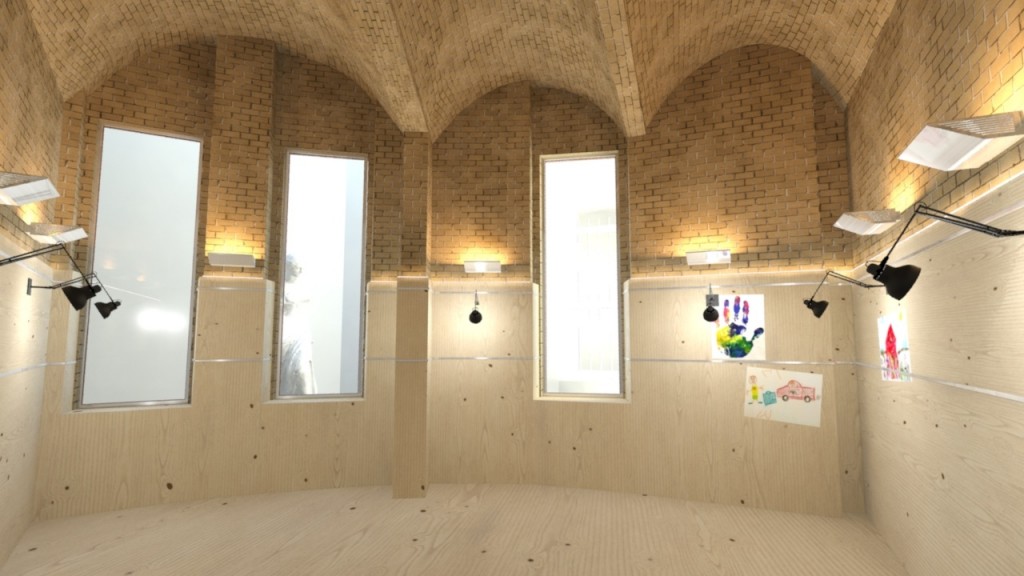 The works are expected to start at the beginning of 2012, and like most things in 2012, their completion can be defined as BO (Before Olympics) or AO (After Olympics) – and these are likely to be AO, opening to the public in late 2012.

Although completion is fair time off, they are hoping to be able to let small groups in to have a look around during the restoration works. Which should be quite interesting for us.

The Federation of British Artists would also like to hear from further potential supporters, as there is £120,000 still to raise in match-funding to enable this scheme to go ahead. 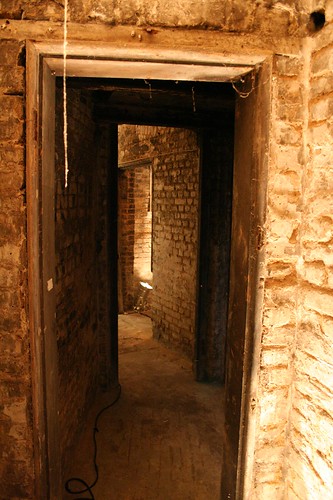 Many thanks to Elli from the Galleries for showing me around the site.