A publicity launch at 9:30am was put back to lunchtime, which was better for me, but meant I didn’t quite get to catch the very first train to Stratford International which left at 11am, but I did get to chat to DLR managers about the line instead.

Catching our train from what is now officially known as Stratford Regional Station, the line rides under the overland railways and Westfield Shopping Centre, over the high speed mainlines tracks and stops at a dedicated station just to the north of the existing Stratford International High Speed station. 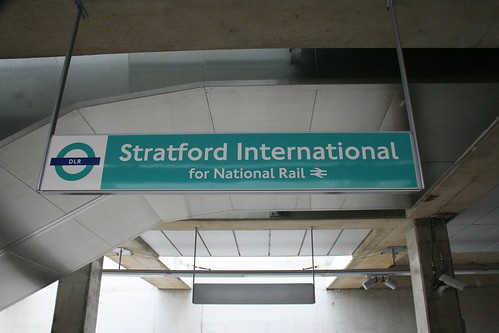 In fact, although physically next to each other, these are two separate stations – and the TfL journey planner treats them so, allowing a 2 minute walk to cross a street.

The station is very much in the design of recent station designs, both on the DLR and East London Line, namely a lot of exposed grey concrete and flat lines – which is not overly offensive, but equally not that distinctive. 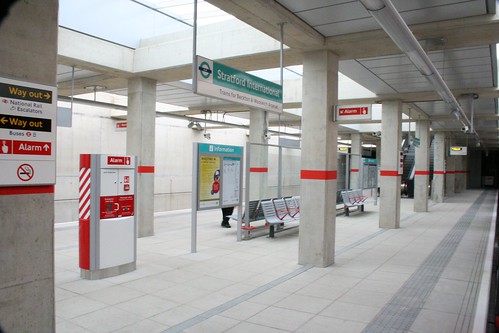 A wander around, then a trip down to Canning Town via a stop at one of the other new stations, Star Lane.

To my mind, this is an extension that can be divided into two parts, with the high profile spur into the Olympic Park, and the more mundane, but probably more useful right now, service down to Canning Town with the new stations at Stratford High Street, Abbey Road and Star Lane.

The line itself is not new, as it has been inherited from the closed North London Line overland services, but they had to be cut at the southern end for Crossrail, so it made sense to reuse the tracks for the DLR, who can now also offer more trains per hour than the old service provided. According to the handout, about 40% of the old infrastructure was reused for the new service.

The conversion and extension cost a total of £211 million, with £80 million of that coming from the Olympic Delivery Authority.

The new line is projected to carry 3 million passenger journeys in its first year, and when we arrived it was already a modestly busy line with people using the service, even though it had been open for only an hour – and they weren’t all train spotters! 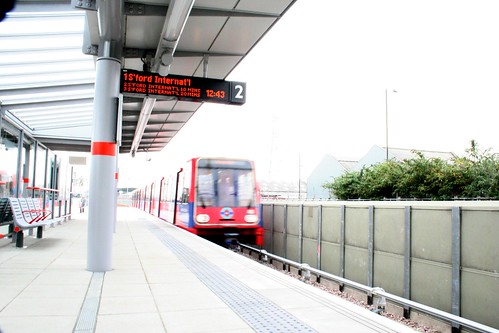 As DiamondGeezer has noted, the new line will have a rather odd timetable, with trains running to Woolwich Arsenal during peak hours and over towards Beckton during the off-peak times.

The Director of the DLR, Jon Fox offered enlightenment for this complex idea – and he admitted to not liking complexity where it can be avoided – but the new timetable helps deal with congestion to Woolwich in the rush hour where it is needed, then switches to boosting capacity mainly for the Excel and University which is busier off-peak.

Opening a new line usually results in a slight drop in reliability as the new service irons out any unexpected problems, but they don’t expect any issues here as the line runs through Canning Town instead of trying to turn around there. Currently, the line delivers 97.5% of trains on-time, which is set to a slightly tighter 3 minutes delay as opposed to the 5 minutes allowed on national rail.

It’s one thing to have trains arriving on time, but it cannot be ignored – this extension is over a year late.

Some of the delay was due to unexpected issues with the overland tracks at Stratford Regional station, so that accounted for about three months of delay. The rest though has simply been that the contractor had underestimated the necessary amount of work needed, and there are the uncommented reports of cable thefts and the like causing headaches.

As I learnt, the line was technically able to run from June – which is when Boris took a ride on the trains – but they couldn’t operate the CCTV or sell any tickets. Hence another delay.

I am also not at all sure about calling it S’ford Internat’l on the display boards – which just looks like an apostrophe nightmare. Curiously, the DLR website’s own live display boards call it Stratford Int, which looks much better.

Anyway, delays and apostrophes aside, it’s open now – at last, and is the last of the current upgrade programmes. Although some plans are talked about nothing is being worked on, although some improvements to the tunnel at Bank next year might allow capacity there to increase a bit. 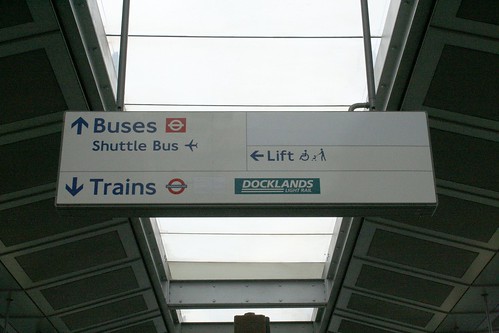 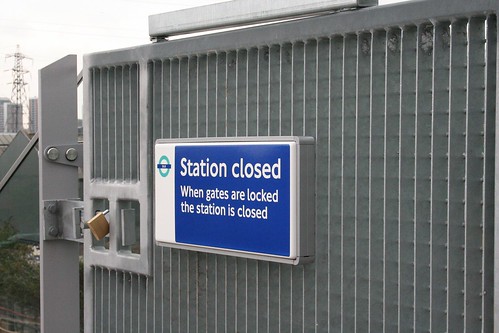 Star Lane includes a new public footbridge, which can be kept open if the station is closed 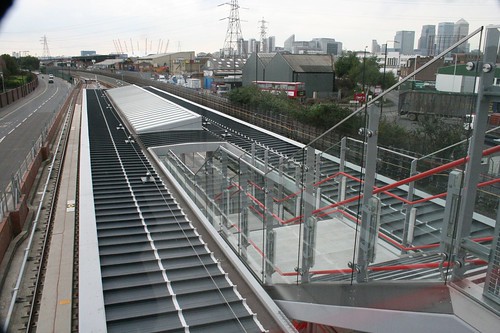 Looking down on a Star Lane 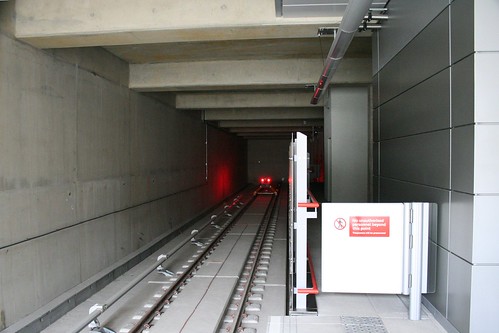 End of the line at Stratford International