Photos of the empty M4 Motorway

While I am sure motorists curse and the road maintenance people are none too pleased either, a closed motorway is an exciting opportunity to add to my collection of “abandoned London” genre of photos.

There is a tube line that runs over the closed area, but somewhat further down there are two road bridges, one fairly busy and one in the middle of fields that offer a chance to look down on the empty tarmac expanse below.

For practical — aka, fitting in around work — reasons, I took a very early train to the location to take advantage of early sunrise, although that meant some of the photos into the low sun are a bit washed out. I can clean them up later as I took multiple exposures, but the key was to convey the sense of empty abandonment.

You don’t need to know anything about the location to know something is deeply wrong when six lanes of roadway are empty like this. Oddly, the road feels more suddenly abandoned than wasting away over decade, thanks to the street lighting still being there. Can’t explain that one – it was just a gut reaction. 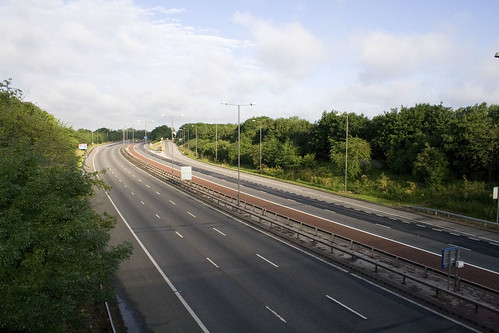 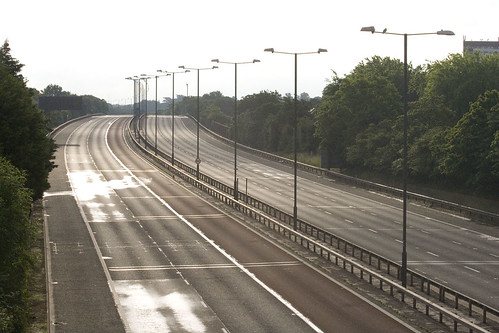 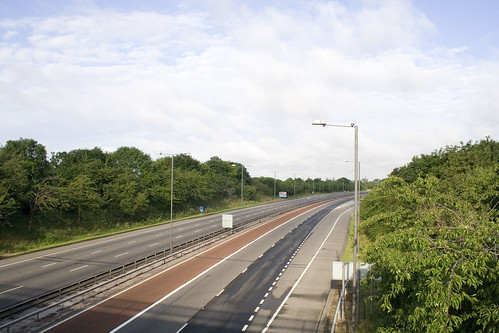 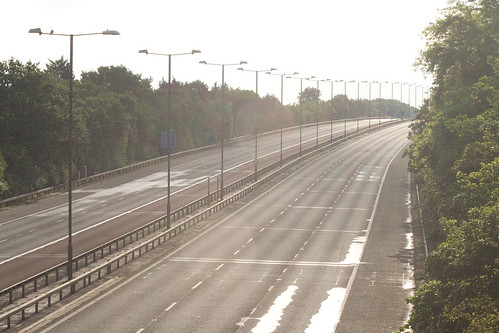 One set of photos taken, a shortish walk along a very narrow country lane to a smaller road bridge going over the motorway next to the back of Osterley Park.

This was probably the most surreal moment though as this quiet lane had hardly any road traffic of its own and was far enough from other roads and railways as to be almost silent. Even the dull occasional roar of aircraft coming into land didn’t spoil the emptiness, and even seemed to enhance the sense of sudden abandonment on the road below. 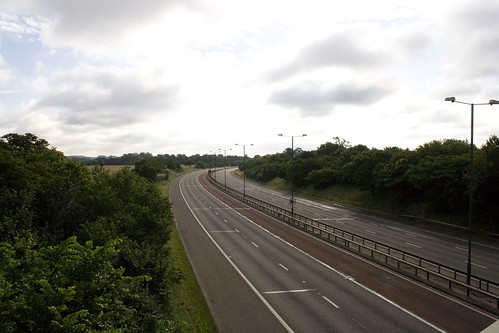 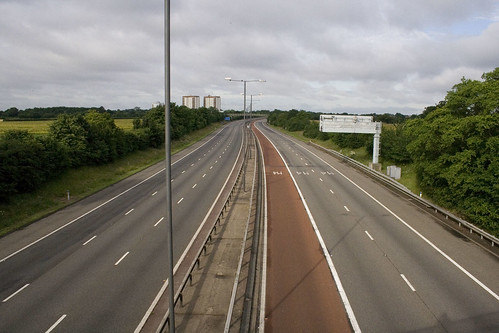 I did entertain thoughts of scrambling down to the road and getting some close up photos, but the lack of obvious access and a patrol car that went past once suggested it might have been a bad idea.

One last photo opportunity which turned out better than I expected was shot through the window of a tube train between Osterley Park and Boston Manor stations. Although I had to let two trains go past until I found one with enough space to be able to photograph from, and with clean enough windows! 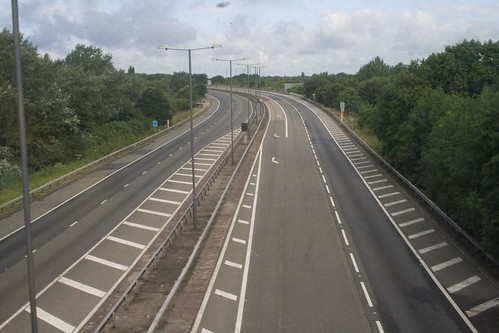 I also snapped a quick video of the site – more to capture the silence (well apart from the wind).

The motorway is expected to reopen to road traffic in time for tomorrow’s rush hour, and the silence will be replaced with the roar of commuters once again.

Edit – may not open until the weekend now. Get down there if you want photos!