Photos – inside the Crossrail station at Canary Wharf

A third visit to the Crossrail Station at Canary Wharf to see what has changed since the last time I was there. The main difference is that the above ground shopping centre is now progressing, and the visually distinctive roof garden is now getting the larch-wood structure applied.

The three huge ventilation vents at the ends of the station, which to my mind really do add a space-craft engine style element to the design, in a nice way are now in place and add a brutal industrial edge to the planned greenery on top. 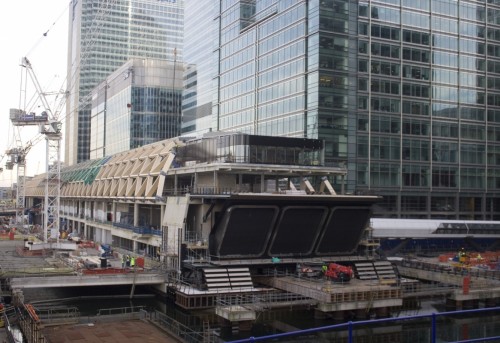 The roof garden will have about two-thirds of the triangular spaces filled in with a translucent plastic “pillow” as used down at the Eden Centre, and the rest open to the air to let trees start to poke out through the gaps.

The roof garden and three of the four floors of shopping are due to open around March 2015, and just over half the retail space has already been let to expectant purveyors of shoes, shirts and suitcases for the banking classes. 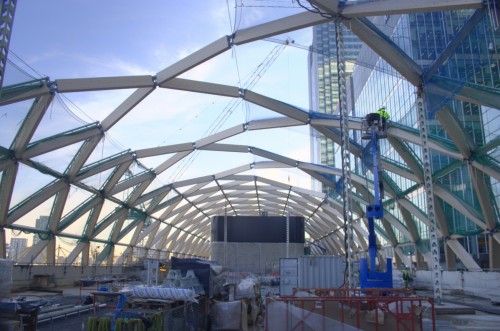 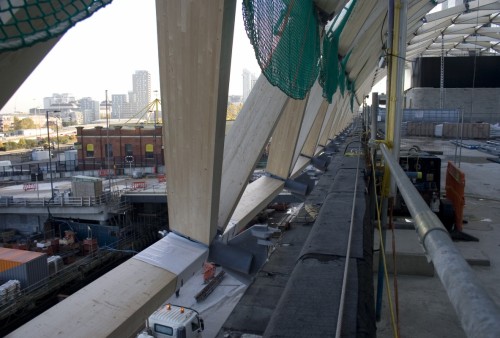 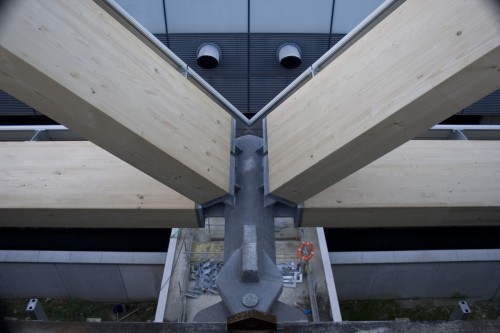 Deep below ground though sits the railway station itself — two long vast floors of space that are now being fitted out by the contractors. Although not due to open until 2018, fitting out now is cheaper than doing it later, so once neatly decorated, everything will be covered up again and left in gloomy solitude until needed.

…I’ll wager good money that the empty ticket hall will be used by a few film crews making movies during its slumber though.

Ground floor shopping floor looking down to the bottom 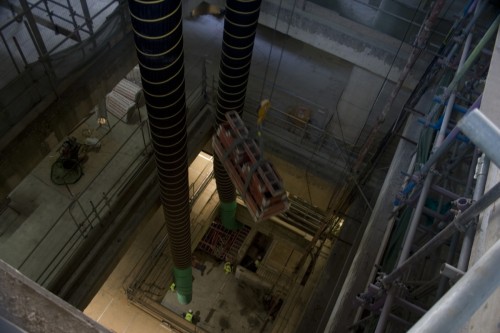 Ticket hall with escalators covered up for protection 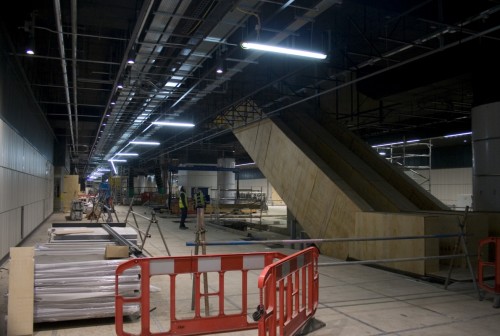 Ticket hall with lighting fit-out and side wall cladding 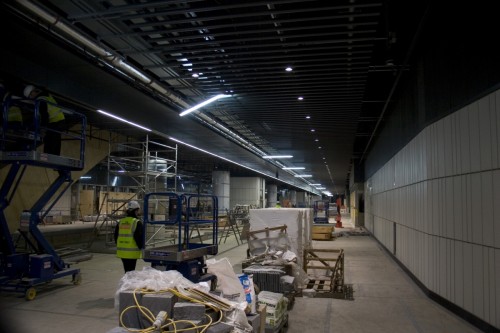 The lift shaft is free standing, and the temporary floor in the depression here will be removed to reveal a view down to the base. A small bridge will link the floor to the lift doors. Could be quite dramatic. 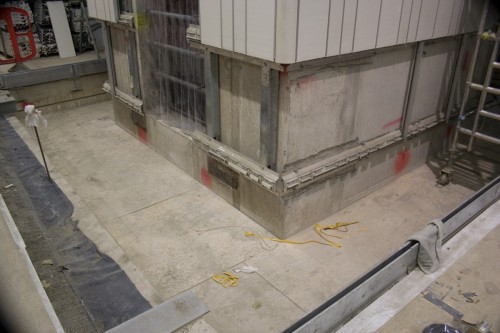 More escalators being installed prior to cover up

Below the ticket hall is the platforms area. Here, the platform floors are being inserted into the space to provide a raised floor and storage underneath for staff and machinery. The Tunnel Boring Machines have already passed through the station, and the railway area has been sealed off with curtain walls so that the station fit-out wont affect the light railway behind carrying concrete to the tunnel head and muck away. And a very impressive sight it is if you peek through gaps in the curtain.

Due to the very close space between the TBM works and the station, the concrete floor slabs are being pre-cast and then slotted into place and the joints concreted over to create the final finish.

The wire cages in the ceiling mark where the escalators will go — 3 batches of 3 escalators, so very similar to the Jubilee Line station. 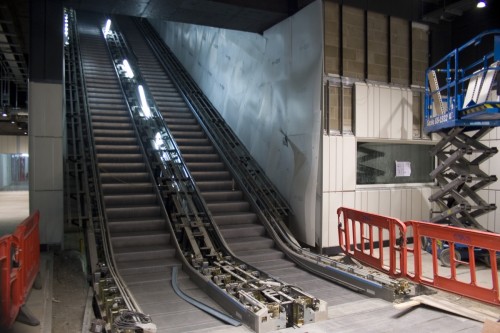 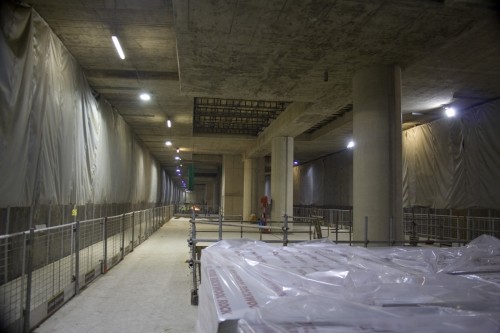 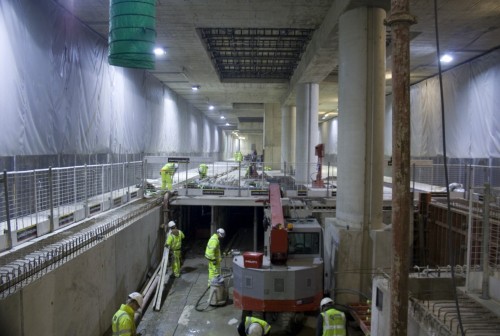 Site access was thanks to Crossrail and Canary Wharf Management, who are overseeing the station construction.

My previous site visits for a lot more background on the engineering side of the station box in May 2011 and March 2012. 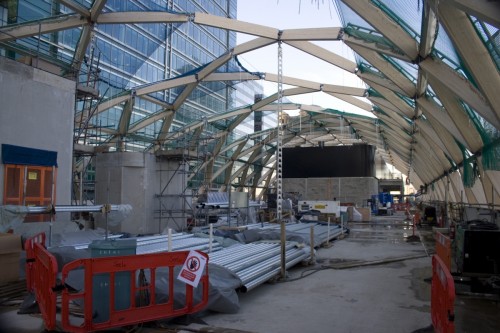 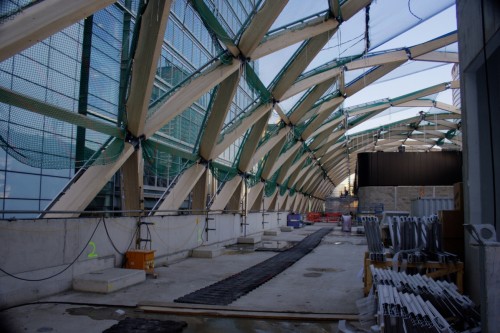 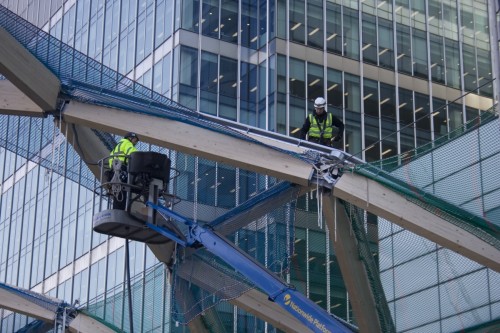 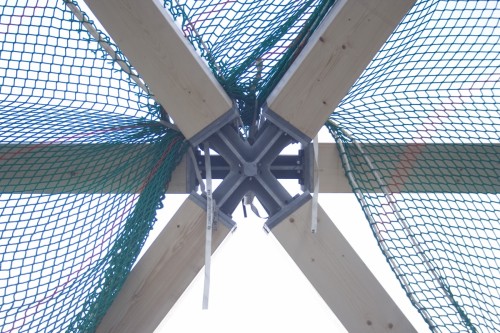 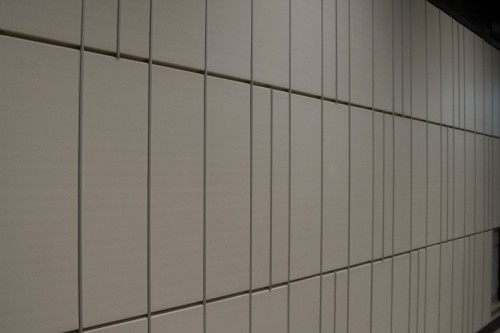 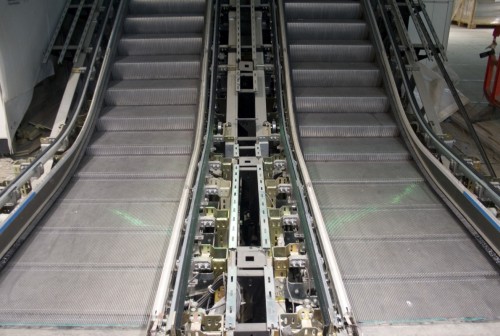 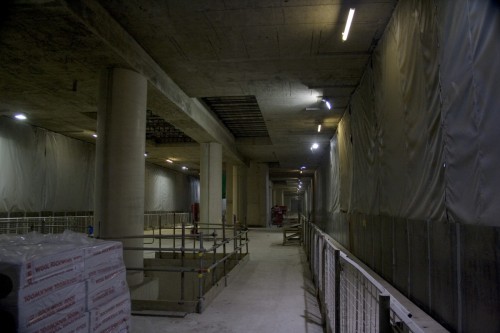