Thanks to a visit arranged by the City of London, I can now share that with you. 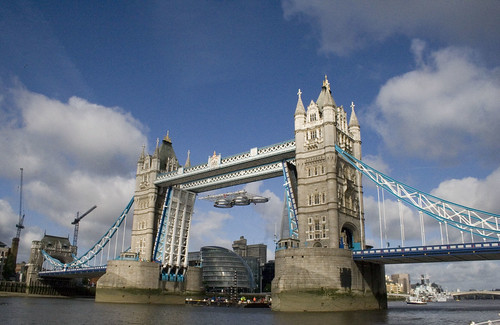 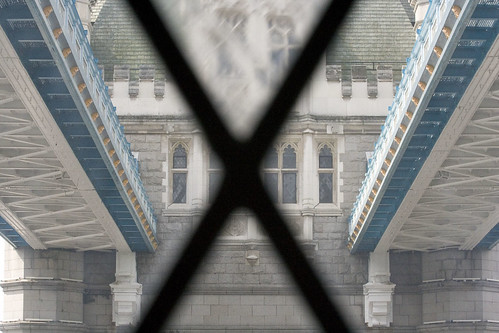 Nipping upstairs to the same level as the walkway, and walking past the tourists watching a video about the history of the Bridge, and behind a curtain is a cast iron spiral staircase of the sort so beloved by Victorians, and loathed by modern health and safety. Up one flight, and we were now in what is essentially, the attic of Tower Bridge. 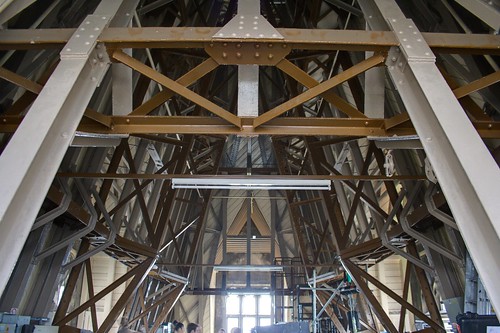 Heavy steel beams support the wooden roof, which is lain with slates on the outside, and when we were there, a lot of equipment was being stored there for the weekend’s Olympic Rings lift.

In each of the four walls is a set of windows, but on each side of the windows was a tiny door that opened to an equally tiny outdoor landing. The outdoor spaces are mainly taken up by the huge spotlights that floodlight the tower, but they offer unrivalled views across the city, and across the top of the famous walkways. 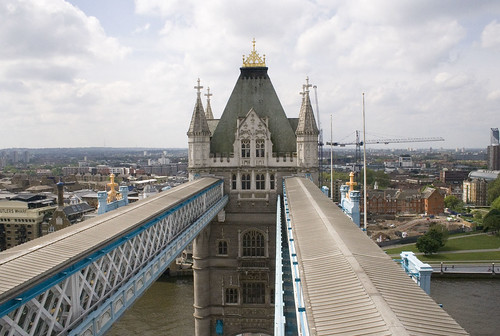 You can see in the photo above the south tower, and its matching room above the walkways where we were standing in. The outdoor space we could stand on is the small “castle wall” between the grand window and upright spire.

The demolition of a nearby office block also offered an unusual chance to see Monument closer to how it would have appeared as an isolated column a couple of hundred years ago. 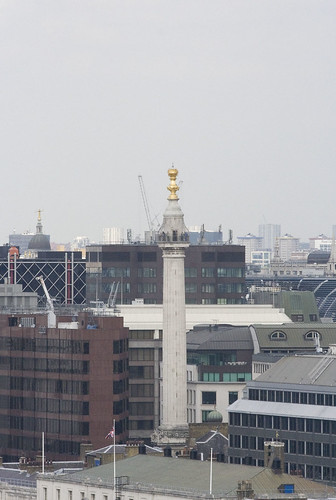 And its more modern counterpart. 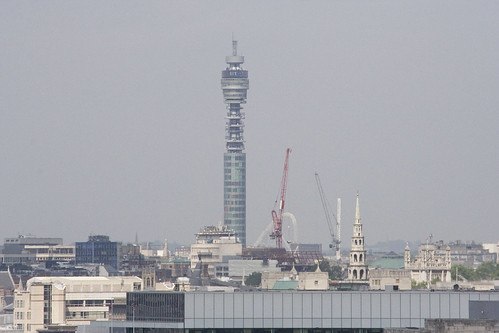 Obviously the City and Tower of London… 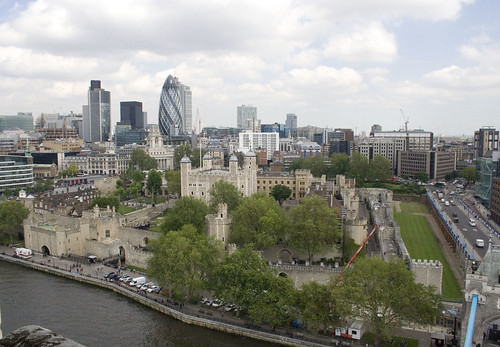 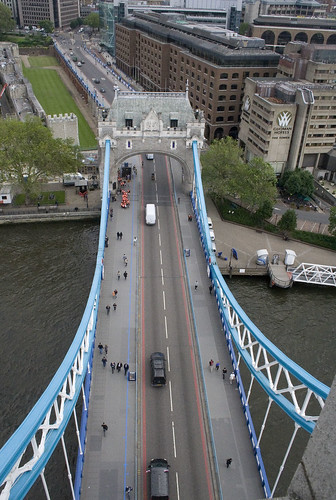 Back inside, and hopping over the boxes being stored there, if you looked upwards, it was possible to spy a ladder leading right up to the very top of the pointed roof. I wonder if there is a trap door to pop my head (and camera) out of the very highest location in the Tower! 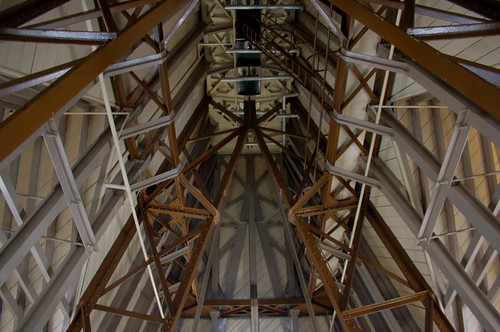 Thanks to both the management at the Bridge for the rare chance to take photos from that off-limits room and the City of London for arranging it.