Photos from the top of One New Change

Famously, the French writer, Guy de Maupassant so loathed the Eiffel Tower that on visits to Paris, he would always eat lunch in its restaurant, as it was the only way he could “avoid seeing its otherwise unavoidable profile”.

Frankly, I think he was just being silly, as there are thousands of cafes in Paris that don’t have a view of the tower – just as in London there are plenty of places you can’t see the city skyscrapers.

Anyhow, there lurks in London my own Maupassant venue, in the form of the otherwise bulbous monstrosity of One New Change, the unappealing shopping centre built just behind St Paul’s Cathedral.

However, the roof was recently opened up to the public, and the views are quite impressive – especially as it is the only place in the area where I can’t see the shopping centre itself. 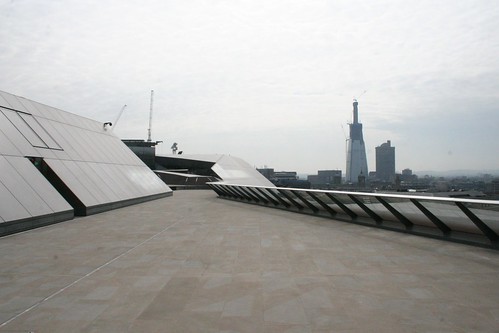 Considering its squat form, it is surprising how much of the city skyline can be seen, although the City of London skyscrapers are not visible as that part of the roof is still closed and boarded up.

In addition to the skyline, and the omnipresent security guard watching everything you do, there is another of the mosaics that can also be found in the basement, and some stone statues behind a glass wall. 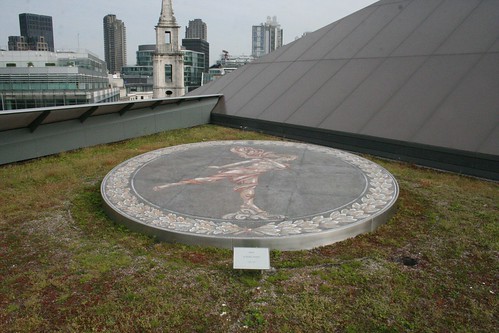 However, I personally noted most approvingly of the “green roof” they started rolling out which will offer a much needed patch of rougher planting in an area where city gardens tend to be slightly over managed.

I may think the building from the basement to the 6th floor is hideous, but the roof is quite lovely.

Oh, and the glass lift managed to trigger my mild-vertigo as I looked down when it ascended the heights. 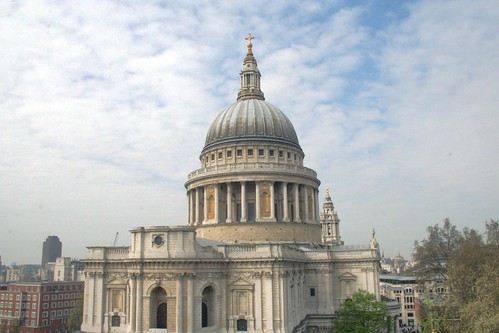 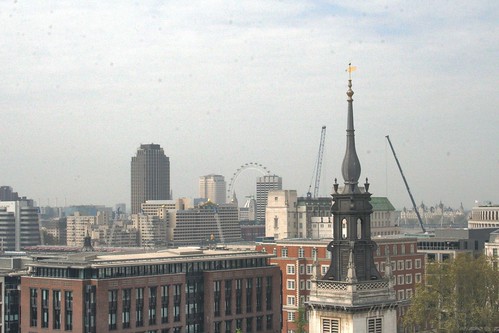