Photos from the Crossrail station at Bond Street

With just over two years to go, the public are getting an early glimpse of the future Elizabeth Line stations, as Crossrail opens up some of its building sites to the public.

Bond Street is notable for being the one where it was announced that the operational railway would be called the Elizabeth Line, and thus a chance to stand where Her Maj stood, and in the future thousands of people will pour down to the tube tunnels. 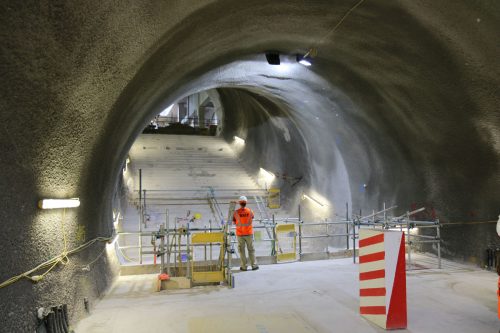 The station is one I have reported on before, but is essentially a five storey deep box behind the current Bond Street station. One set of three escalators will take people down to an intermediate level where you can either head sideways to the Jubilee or Central lines, or take another bank of escalators down to the Elizabeth line.

The box is five floors deep, but when open to the public, they will see only one intermediate floor and the platforms. In fact, when finished, only about 20 percent of the station box will be seen by the public.

The rest will be filled with mechanical and electrical equipment, and offices for staff.

What was at one point a collection of vast empty floors is now filling up with a maze of brick corridors and rooms, while above the heads ventilation and electrics are starting to appear.

Steadily, the crossrail construction site is transforming into an operational railway.

Some 30 metres below ground though are the tunnels and cross passages that will draw passengers from escalator to train journey. 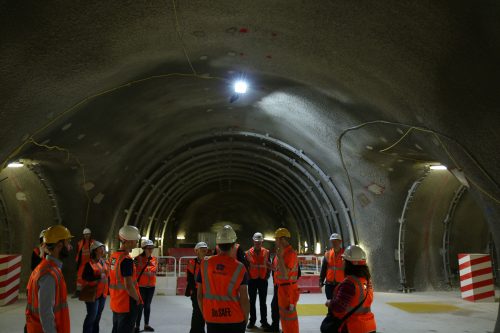 We are in the western ticket office. A long way away at the far end of the platform is another ticket office, as these platforms (and trains) are so long that in most cases it makes sense to have two separate entrances. 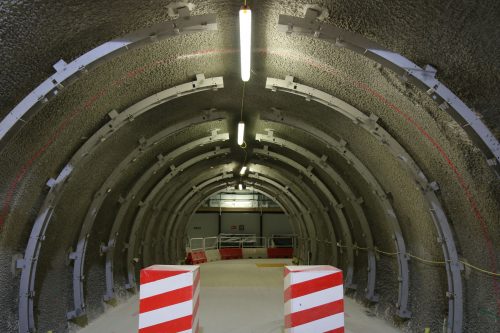 A few pieces of final platform were put in place to show off what the platforms will look like, but this is still a strange land of exposed concrete and building site materials. 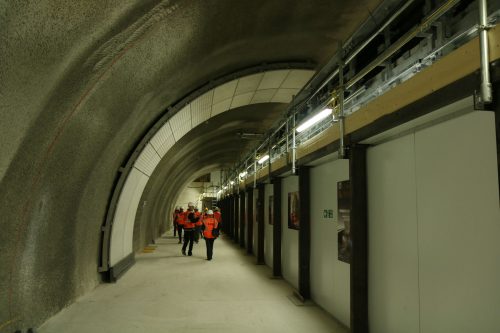 The platforms are actually wider than shown in the photos as there is a slight indent in the walls that separate the construction of the platforms from the very different works going on the other side, laying tracks and signaling equipment. 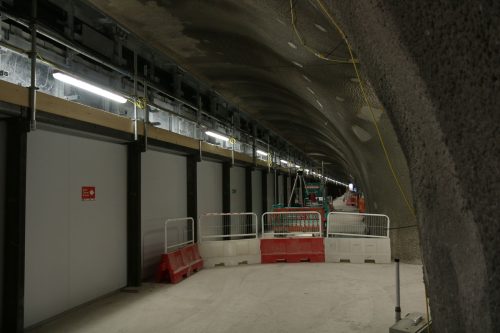 Put the 9th December 2018 in your diaries, for that’s when Crossrail dies and the Elizabeth Line is born. 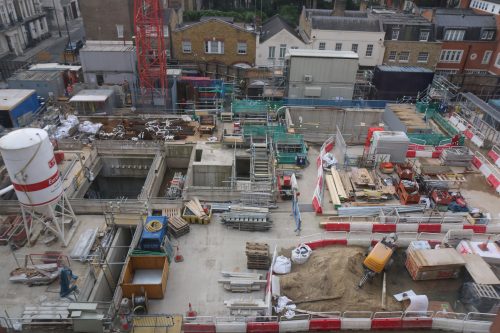