Photos from the abandoned Highgate station

Barely noticed by the people who use it, sitting directly above Highgate tube station is an entire abandoned railway station, now slowly being reclaimed by nature.

Opened 150 years ago this month, long before the tube arrived, as part of the Great Northern Railway’s line between Finsbury Park and Edgware stations, this is the former Highgate railway station. 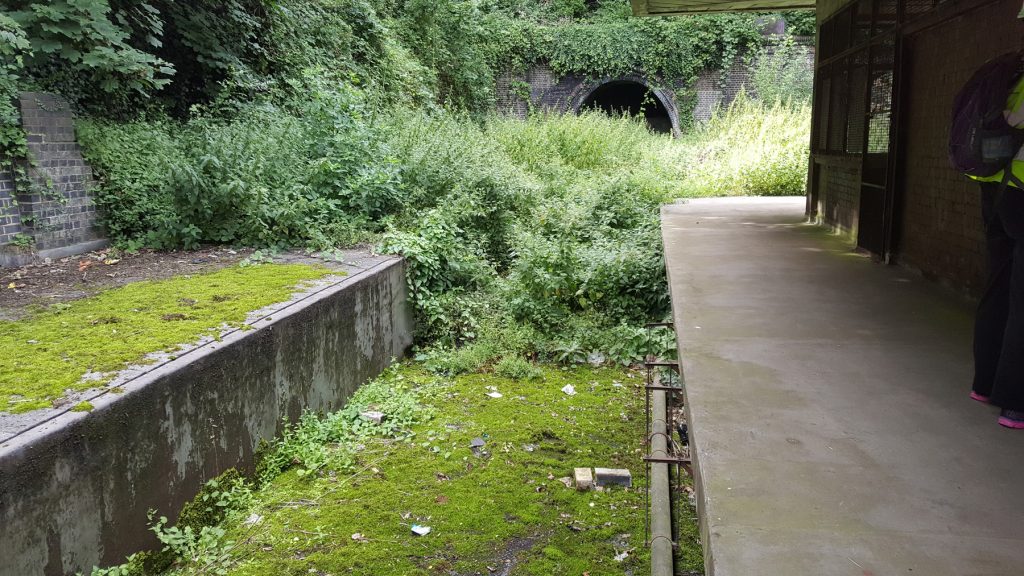 The area the line runs through is very hilly, and indeed, if you look at the railways from Euston or Kings Cross, they run to the east and west of the area to avoid the area.

So it wasn’t until the 1860s that an attempt was made to run a railway through the middle, and it’s characterised by deep cuttings and numerous tunnels. Highgate station itself was lain into one of these deep cuttings, which has probably irked everyone since as there’s a very steep slope to get down to the station.

It opened on 22nd August 1867 with two platforms and a reversing track in the middle, but within a couple of decades, this was torn up and replaced with a single central platform and tracks on either side. 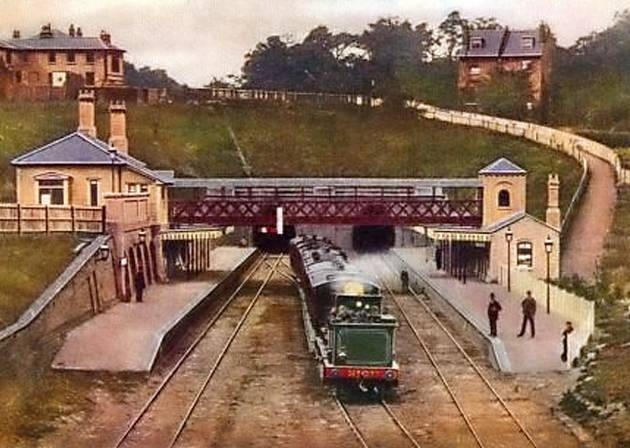 What made the station potentially much more important than it is today is how it should have been a major junction for several other lines.

A branch line ran to Alexandra Palace, and in the 1930s, it was announced that a large upgrade of the lines in North London was to take place — the Northern Heights Project. 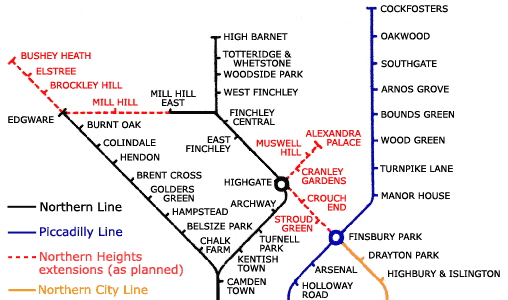 As part of that, the Northern line, which stopped at Archway station was extended northwards, in tunnels deep under Highgate towards Finchley.

A brand new Charles Holden designed station was built, with escalators down to the tube tunnels, and a ticket hall inserted underneath the existing surface railway platforms.

However, war intervened, and then post-was austerity.

Plans to electrify the steam railway was put back repeatedly, and eventually, in 1954 the line between Finsbury Park and Alexandra Palace was closed, and plans to link the line northwards to Edgware were abandoned.

The Holden station plans were scaled back — for example, the escalators to the streets was supposed to be a double with a grand entrance at the top. They ended up with a single escalator and a brick shed.

The surface railway was removed, and eventually, the area was left for nature to slowly reclaim it.

What should have been a major transport junction is just an ordinary tube station, with a tanoy that keeps pronouncing it as Highgut Station.

Today the old private home next to the station, the last part of the original 150-year-old station is now owned by TfL, the platforms used to house ventilation equipment and power supplies.

The platforms extend far along here, but the surface was lifted and it’s now a woodland path for those who are permitted to walk along it. 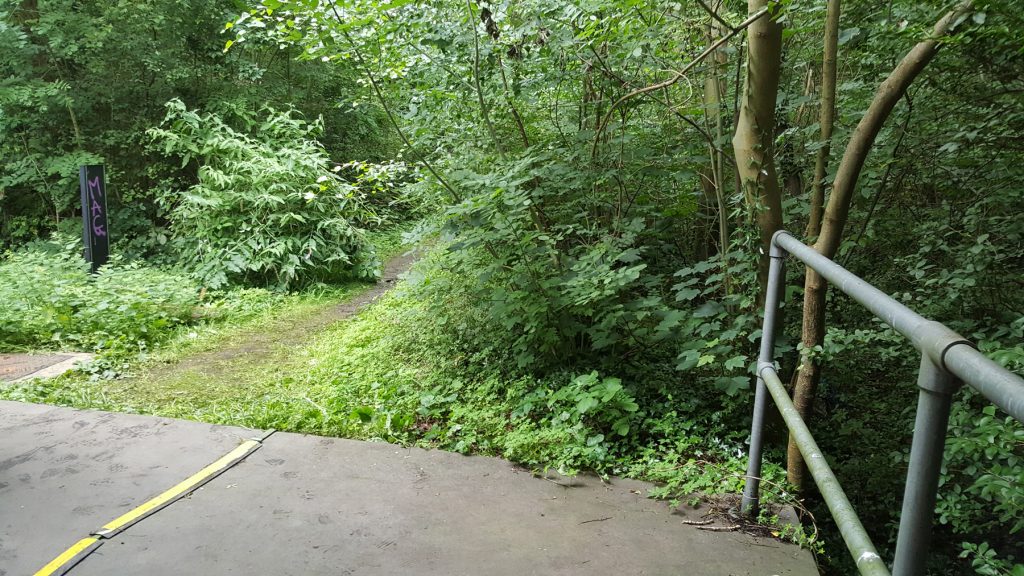 The tunnels remain but are sealed off because they’ve become home to an endangered species — the bats. 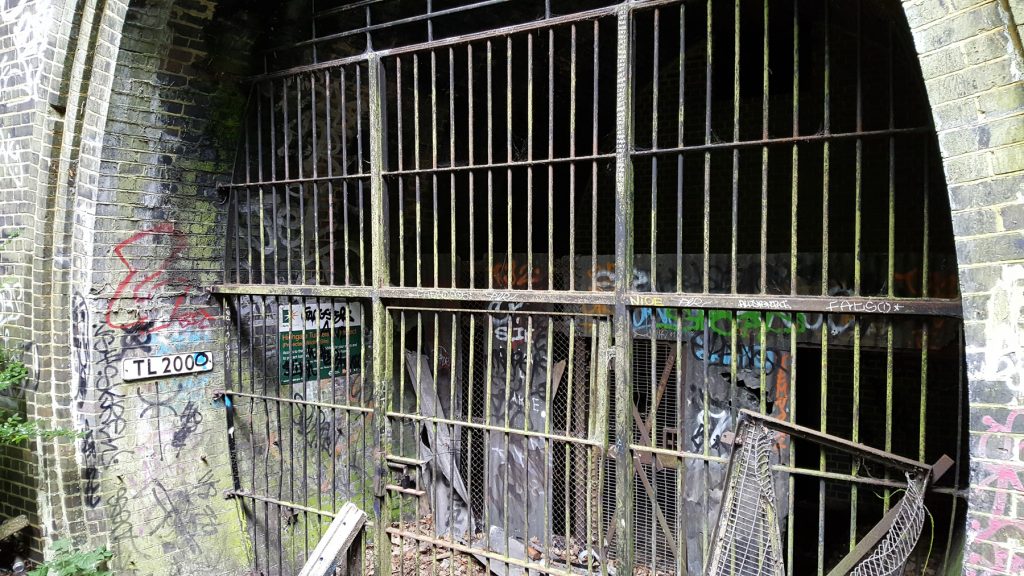 Today you can walk much of the abandoned Northern Heights project route as the railway line was turned into a public footpath, but this abandoned station is not part of the walk.

Access to the disused station was through the Hidden London tours organised by the Transport Museum. 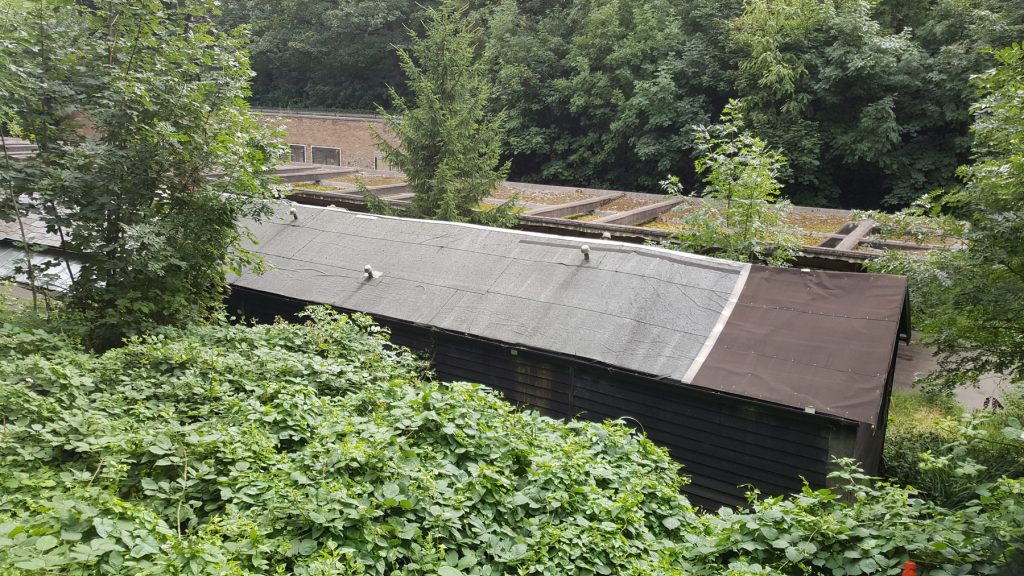 Looking down from the slope leading to the station 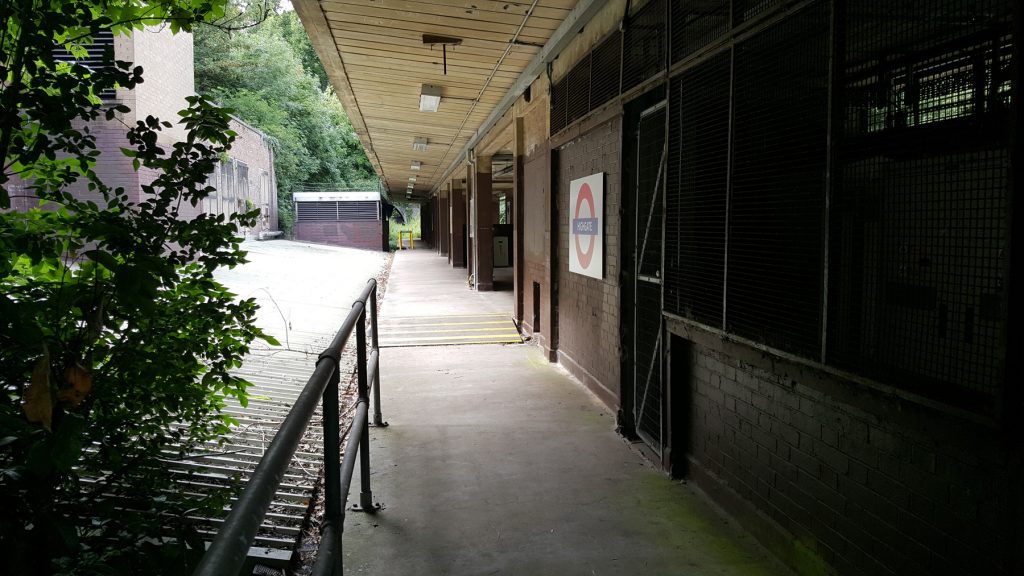 The roundel is modern, added for the tours 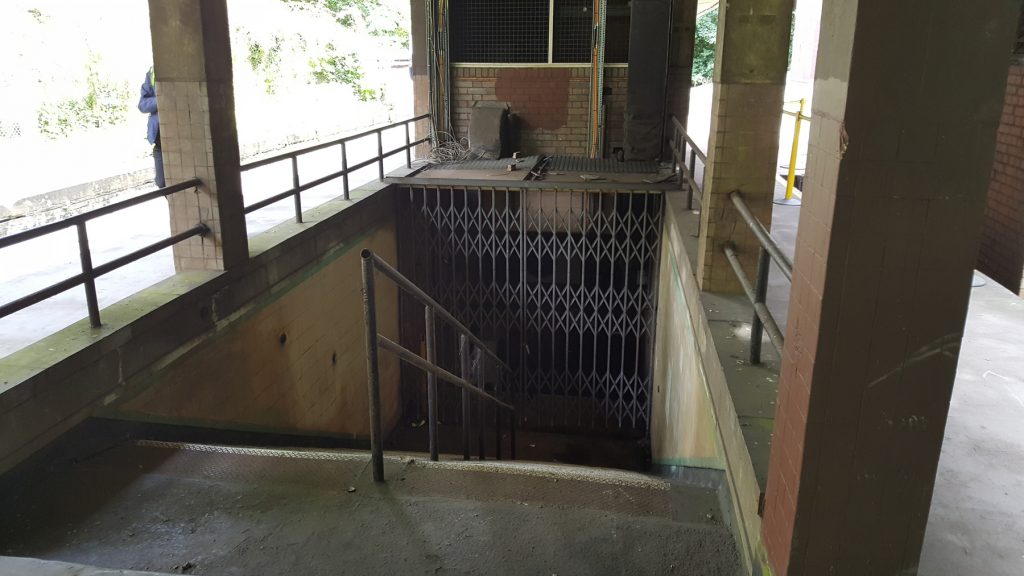 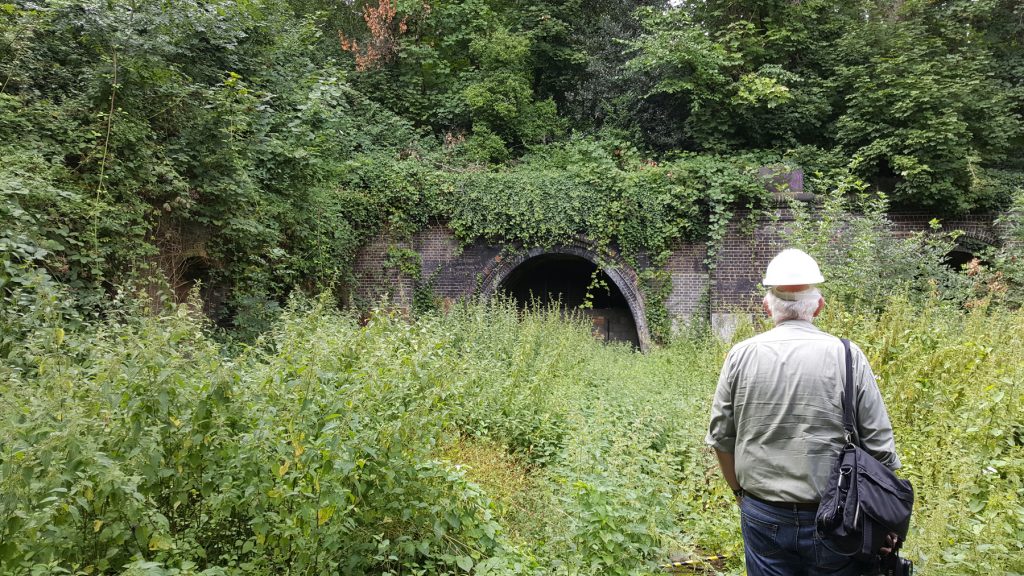 The northern side tunnels 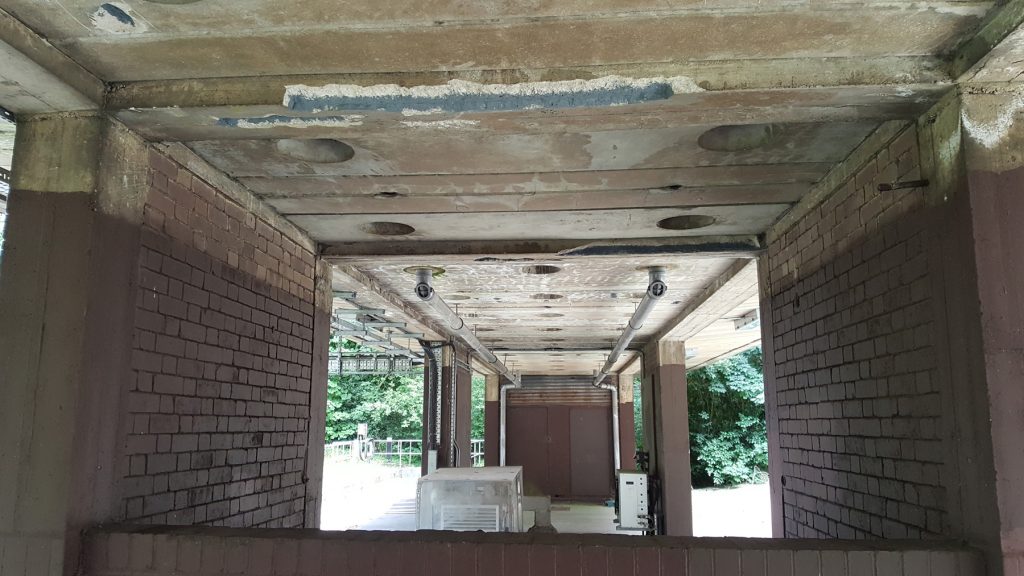 The old platforms, now housing equipment for the station below 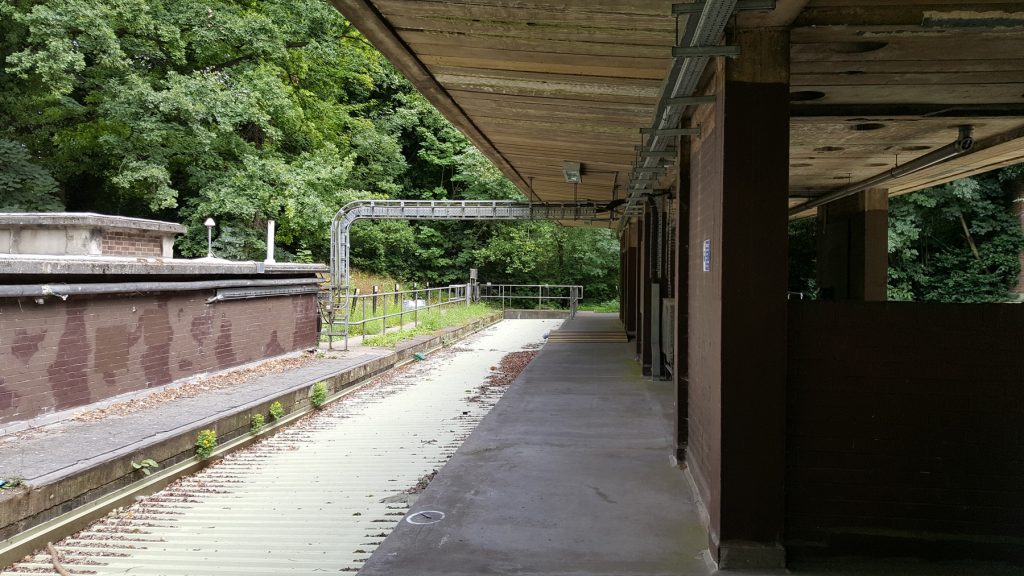 The old platforms – the track has been infilled with the roof of the ticket hall below. 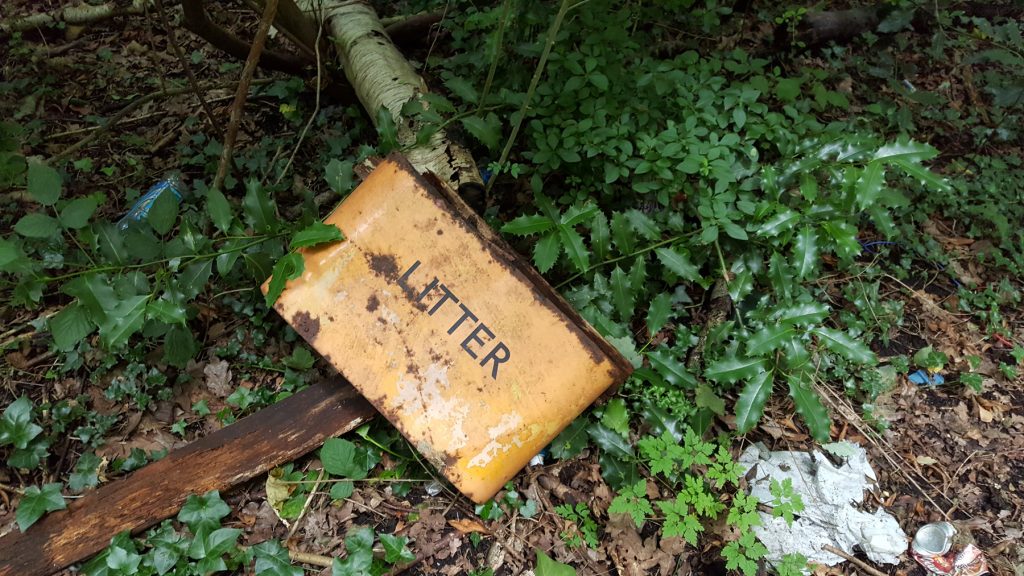