Published 24 December 2014 by By Ian Mansfield Events and Tours

Another annual auction at Harts of Smithfield, keeping alive the old tradition in pre-refrigeration days of having to sell off the last of the stock on Christmas Eve as it couldn’t be stored over the holidays.

The crowds have surged in the past couple of years, and this year, for the first time the police turned up and decided to seal off the road, which was now blocked by the crowds trying for a bargain.

As usual, the crowds thin out later as people stagger home with a freezer load of legs of this, and cuts of that — leaving more space for those who waited longest, and who were sometimes offered cuts on the toss of a coin. As one butcher shouted, “you can’t lose”, when offering £130 worth of suckling pig on a toss of a coin to huge cheers from the bidders.

I’ve written about the event before — so here are some photos from this morning. 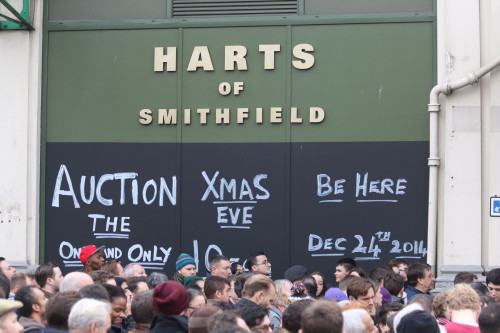 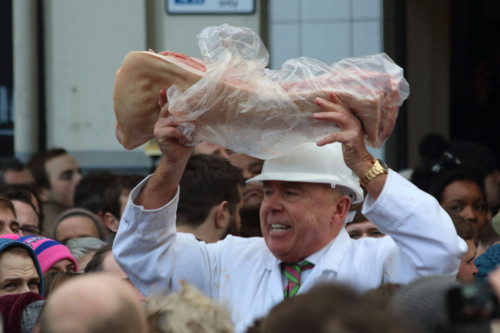 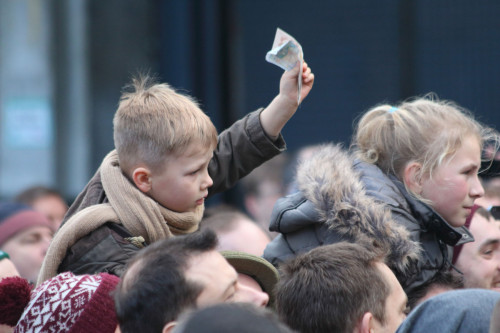 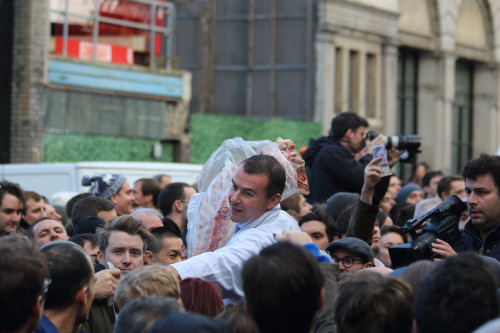 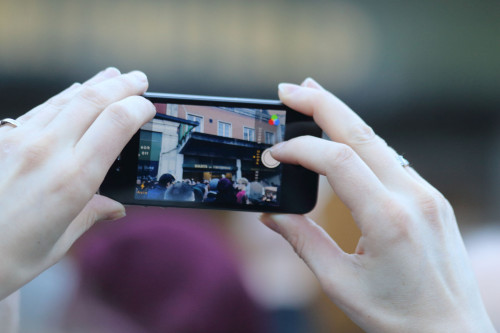 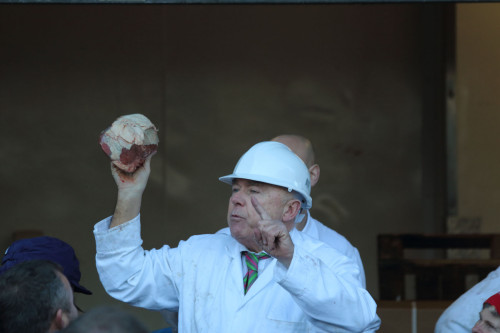 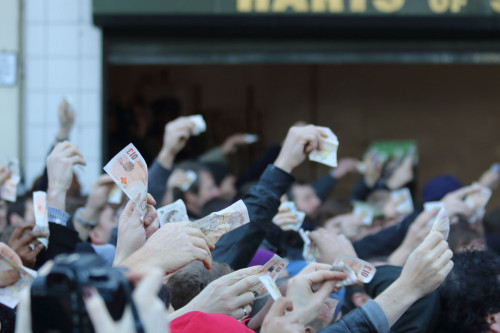 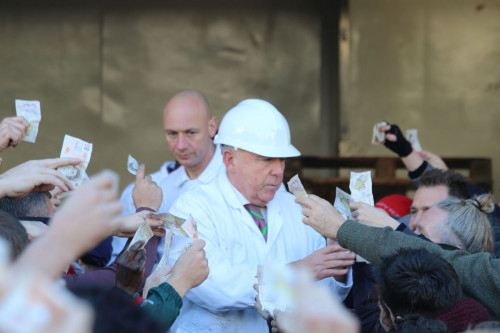 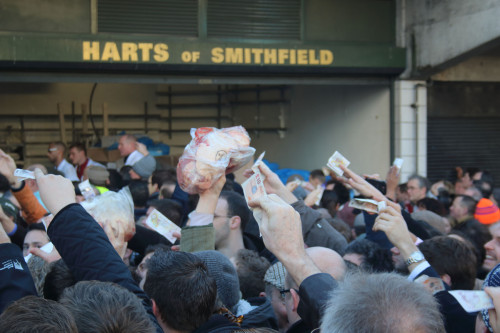 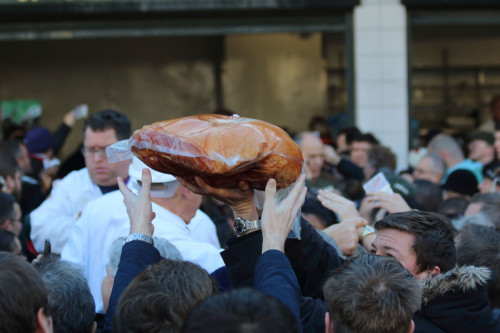 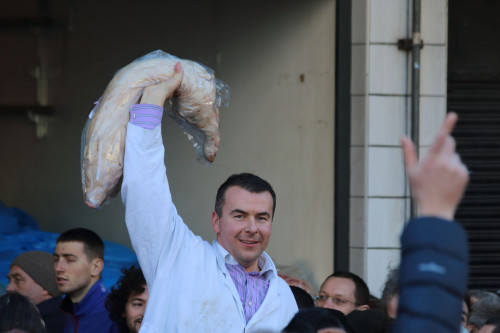 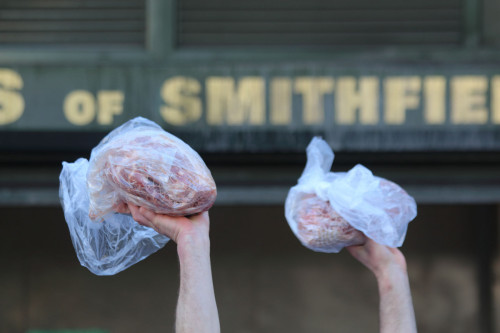 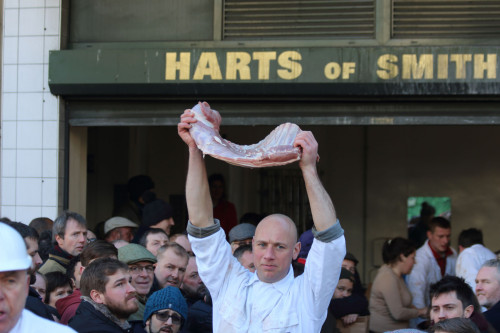 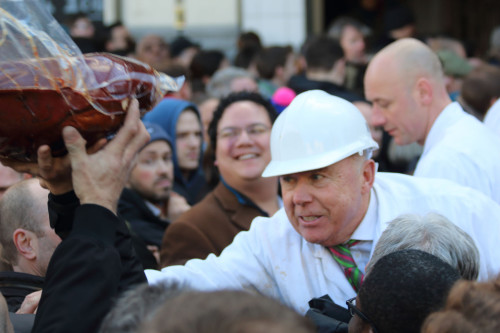 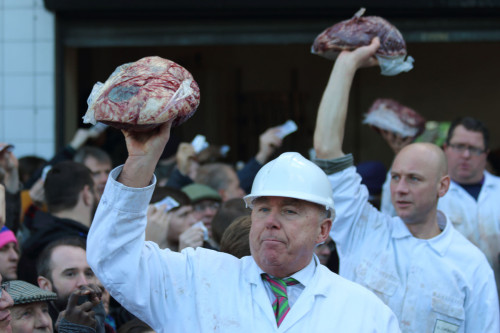 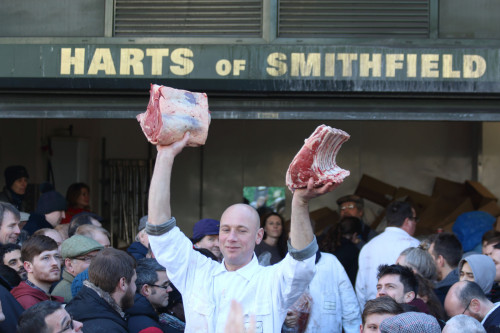 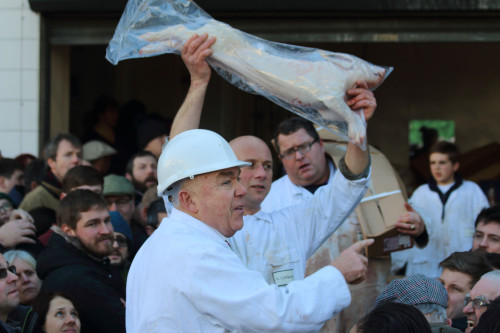 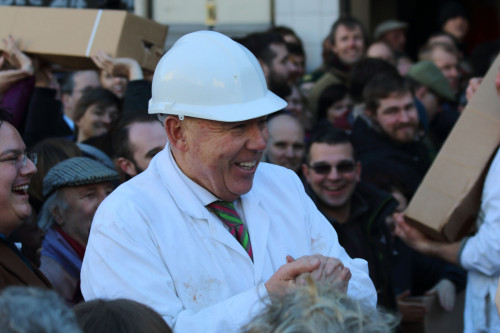 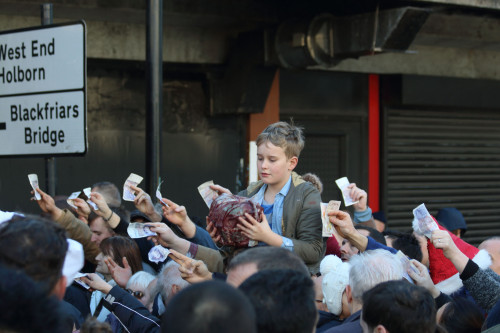 Oh, and your correspondent? He came home with a cured loin of pork, which was thrown at him while standing on his photography ladder — and for free, because they were given away to anyone who is on their own this Christmas.