The reduction of the garden aspect to mere sideshow for the bar and restaurant provoked justified howls of outrage. Undeniably, a whole floor of garden would have been better, but, the deed is done, so what is the end product like?

But having been up there, I’ll say it upfront, I like it. 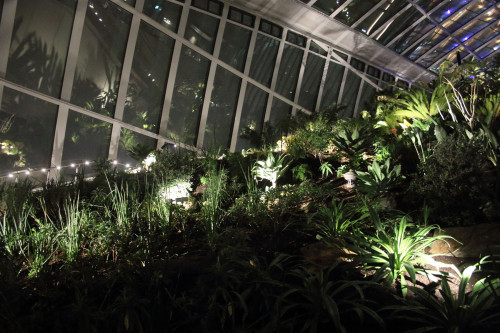 To get up there though, entry is around the back of the building, with the sort of bag searches and x-ray barriers we have become used to for modern buildings. A couple in front of me had their bags inspected more thoroughly to make sure their bike repair kits weren’t weapons.

A brisk ear-popping ride to the 35th floor, and a polite greeting. Are you here for the bar? The restaurant? No, just a look around? Ok then, feel free to wander around.

And indeed, that’s what you can do. 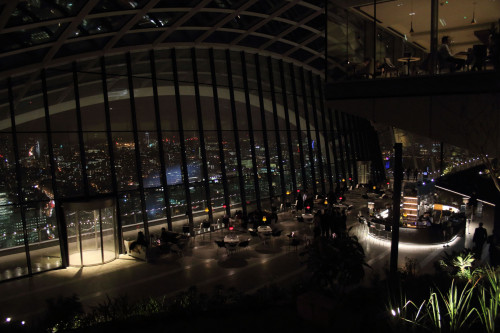 Some have described the place as more like an airport lounge, I would say more a posh office foyer, which is more appropriate considering that it is sitting on top of an office block. It’s very clean, very open, and very impressive as a space.

It’s almost possible to forget you are standing on the top of an office block — except for the views. OK, a dark wet windy night wasn’t the best time to visit, but the views are still impressive.

The outside area was sadly closed off on the first night, lest a blast of wind caused people to be unfurling their brollies for an unexpected Mary Poppins-esque decent to street level.

The smallish garden spaces are very nicely laid out, with the sort of planting that looks good, and works well within the indoor space they have. In fact, it probably looks better than the vast open terraces of boring grass that had been shown in the original plans. 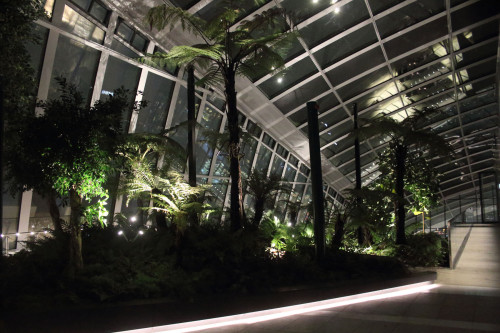 I also noted approvingly the lack of barriers around the planting zone. You could, if so inclined, have run amongst the plants, and rolled down the slopes. At least until security throw you out and send a large bill for the damage.

Hopefully no drunken city folk will despoil the planting, and there will never be a need for barriers to protect them. 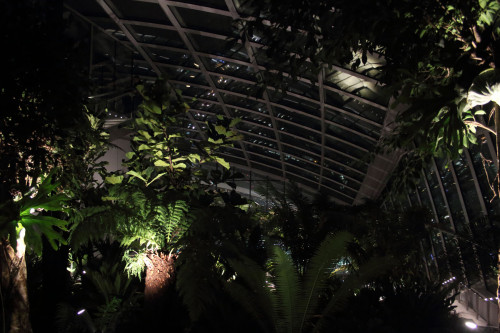 Seen during the day, the garden will probably look less interesting, fewer decorative lights and fewer twinkling reflections. But then, the city will be the view to admire, not the garden. 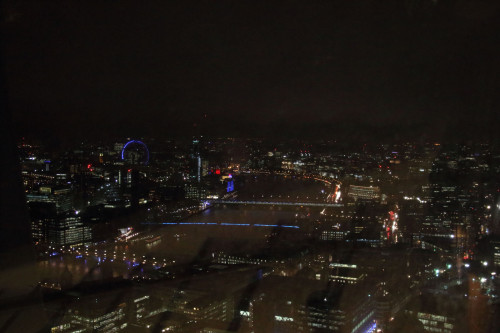 And the view is impressive. Three sisters of the neighbouring skyscrapers sit at the back in the voluminous empty space that will doubtless be filled with corporate functions in the years to come. 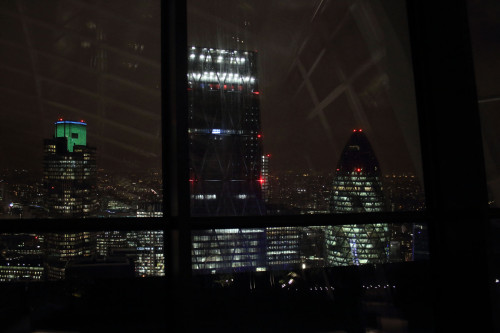 In fact, its the sheer amount of open space that makes this viewing floor so remarkable. It should be impossible for so much space to exist at the top of a skyscraper, yet here it is. No pointy nibbles of space carved around the edge of the lifts here. Large open atrium’s that slightly defy engineering logic. 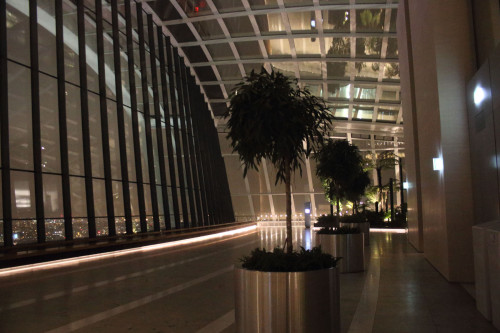 The stair cases leading from lower to upper level politely skirt the edges of the windows, giving ample opportunity to see the view, or peer down over the edge to the streets below. 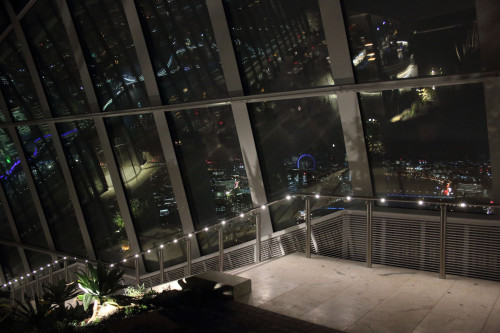 The planting, its decorative. Very decorative, but that’s all, and as most people are likely to come here for the view out, not the plants, maybe, it wasn’t too bad a decision to cut back the plants.

More space for the bar, should you have a deep enough wallet.

It is however possibly amusing to note that the biggest sea of greenery you will see is at ground level — as a huge green wall has been erected next to the entrance. 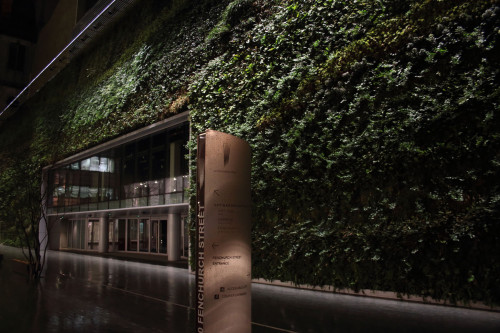 The question then is how does it compare with its rival across the river. The Shard has the better views, and is optimised for viewing from. But the interior viewing floors are austere, plain, functional. The SkyGarden is more pleasant. The planting is good to look at, the views nearly as good, and as it’s free to visit, the entry price considerably more appealing.

If the Shard is the Tesco of viewing platforms, then the SkyGarden is its Waitrose. 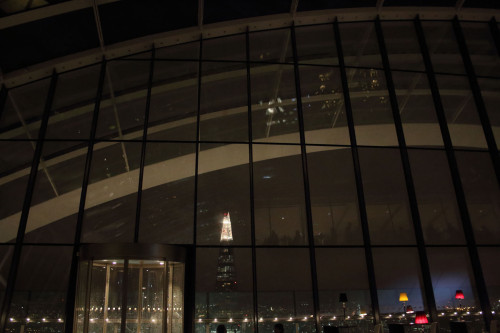 You can either book a ticket for a 1.5 hours visit via this website, or you can just turn up after 6pm Tue-Thur, or after 9pm Fri-Mon and if they have space, you can just go straight up without a ticket. 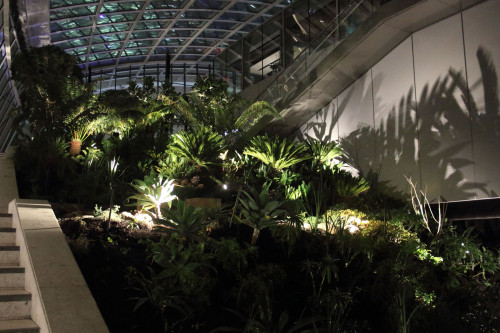 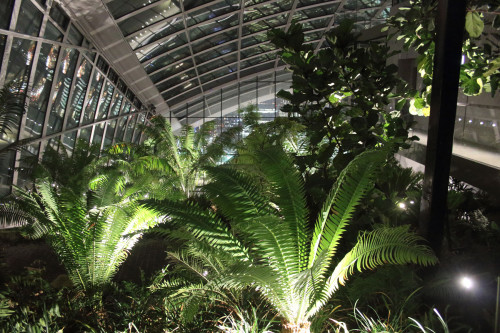 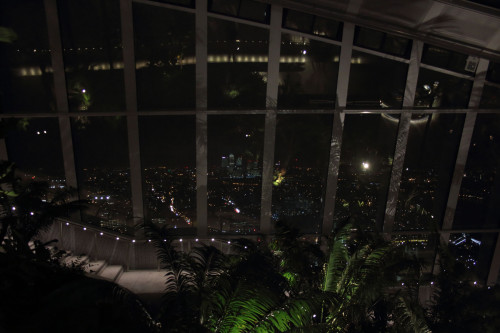 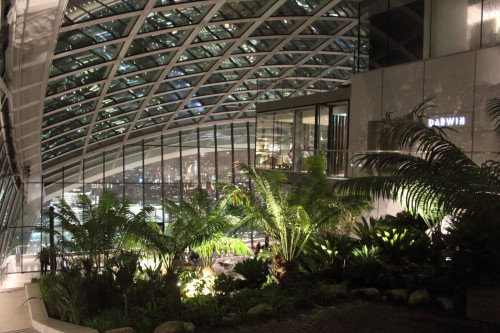 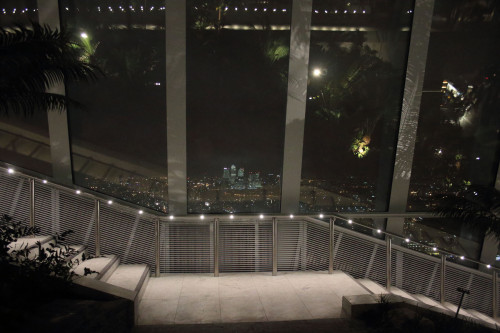 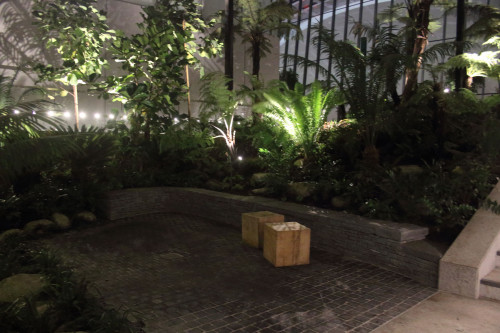 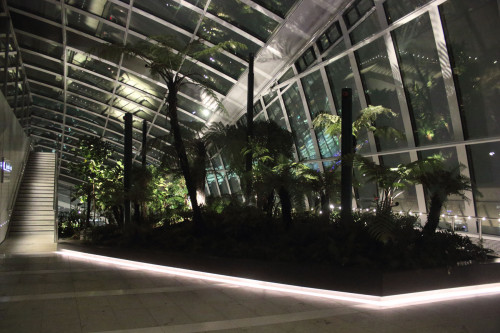