Photos from inside the derelict Millennium Mills

A monumental block of industrial heritage that has stood empty for roughly 35 years is about to be returned to new use. 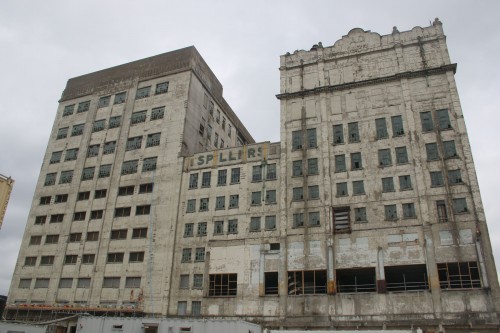 It was one of the largest flour mill complexes ever built in London, and while built to last, the use it was put to soon fell into disuse and the mills closed in the 1980s, and apart from intruders, or film crews, have lain waste ever since. 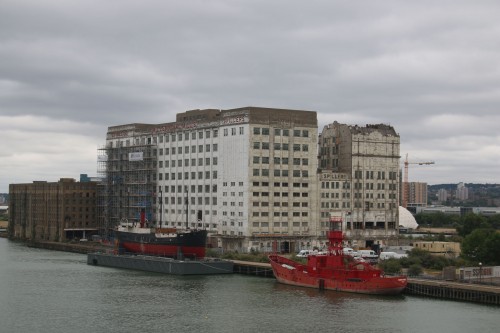 Millennium Mills is the last of the three great mills that once stood on the site, and is surprisingly, not listed, so could be demolished. However, their bulk and iconic status locally makes that almost unthinkable, so they are being converted into workplaces as an overflow for the sort of companies being priced out of Shoreditch.

Turning the vast bulk into offices won’t be easy though. 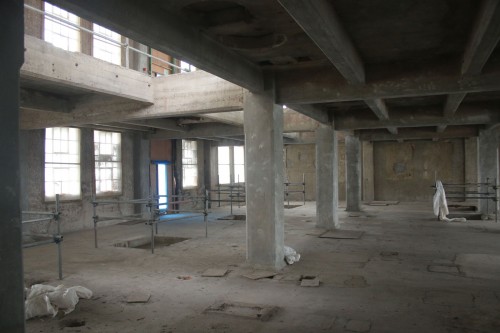 Built from monumental concrete — as a fire retardant from dust explosions — the structure is largely decently sound. However, it has asbestos, and a government grant is funding the current works on site to make it safe. 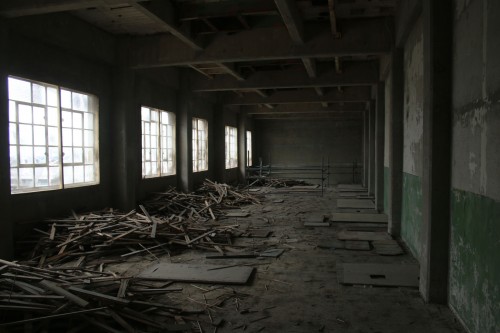 Within the bulk, the intention is to remove the internal grain silos, and the brick walls to expose the scale of the floors, and then plan the layout for future users. That is for the future, as the exact final details are still to be agreed.

At the moment, works are underway to strip out the unwanted parts, including a lot of rotted wooden floors — wood being used away from the flour production, so probably offices and services.

Although much of the concrete is sheer bulky mass, where there are staircases, they have used thin sheets, where the structure is also the design. A style that is very similar to that used in Trellick Tower some 20 years later.

As the grain was pumped up high, and used gravity to drop down to the mills, there are distinctive huge metal cones leftover from the milling days, along with the holes in the roof where grain would have flowed. Roller mills were on the higher levels and processing plansifters and other machinery on the lower floors. 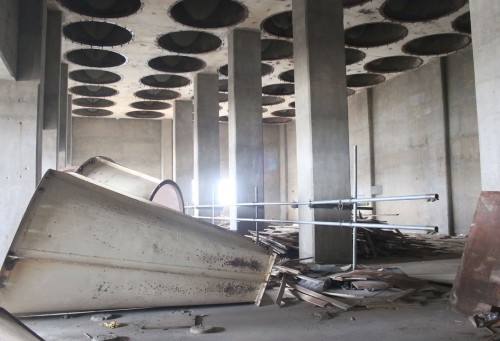 Further down, helter-skelters funnelled milled grains down to be processed and bagged. Maybe they will be polished up and used for people getting between offices? 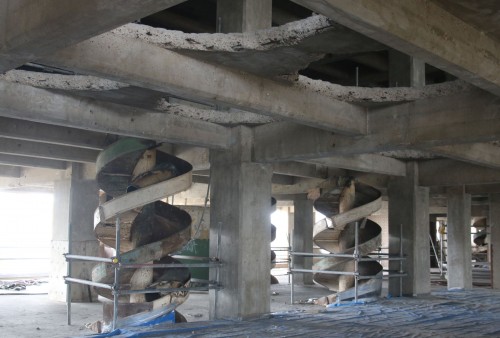 Investors are already sniffing around the site, and the intention is to have the first occupants move in from 2017, in time for Crossrail to arrive nearby at Custom House station in 2018.

After that, housing will rise up on the lands around the mill. In all they expect this to be a decade long project, which is also just about enough time to avoid the plague of mono-culture development where everything is built at once, to the same design, and ends up as a blot of modern suburbia.

And occupants may get to have one of the most stunning roof patios around, although probably not on a day as windy as today was. 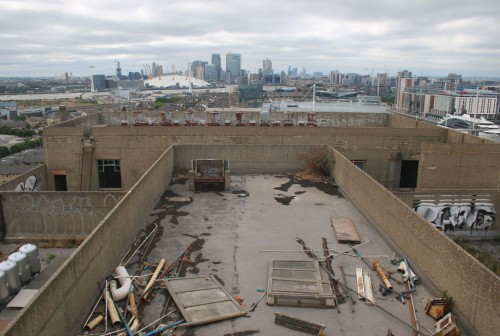 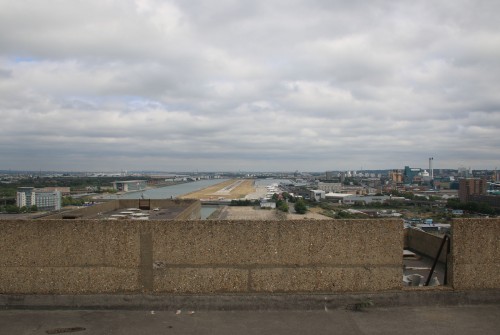 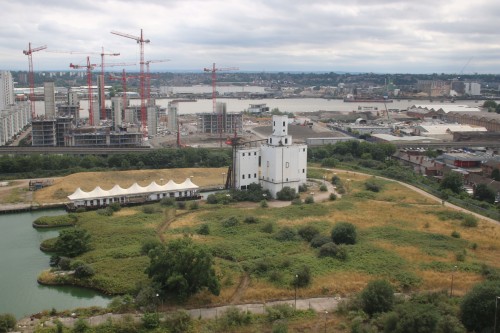 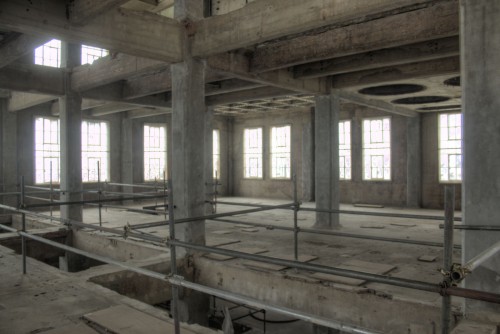 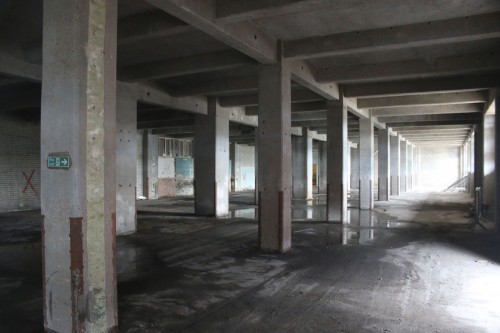 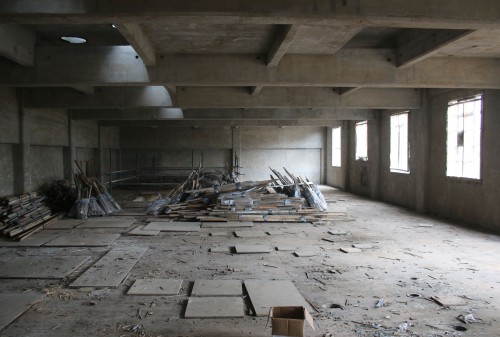 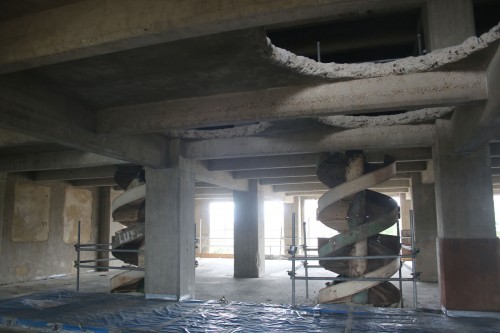 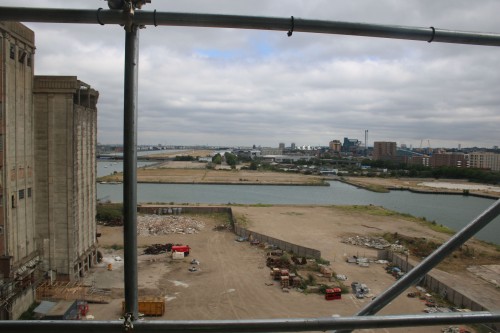 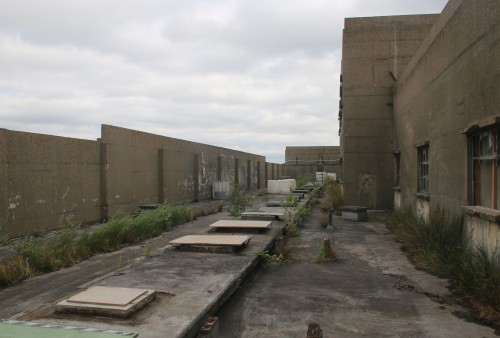 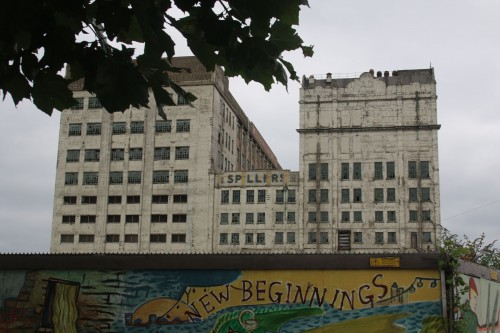 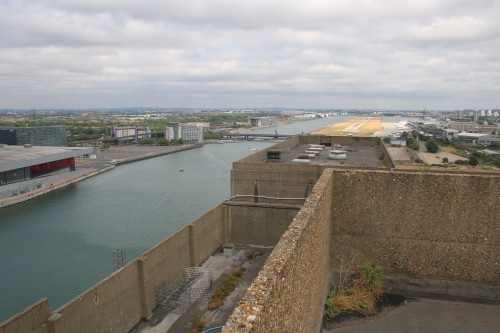 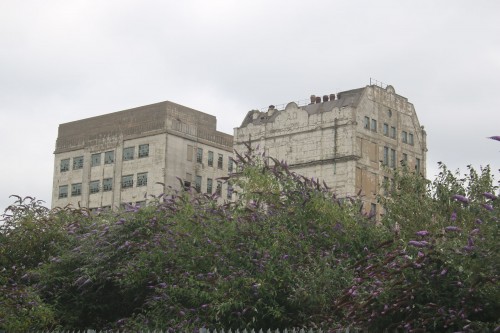 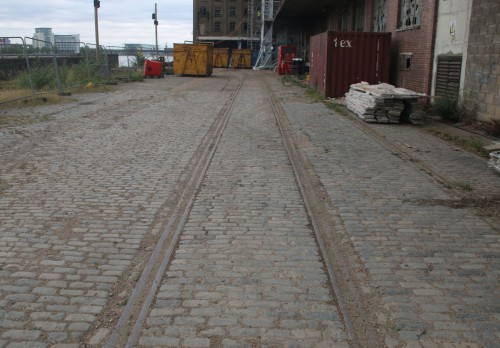 Thanks to the site management for access to the building.