Photos from inside the Brompton Oratory

Sitting right next to the V&A museum looms a massive church that despite its location in tourist-central, is hardly known to non-parishioners, and is one of London’s most overlooked and yet most glorious of buildings.

I have walked past the Brompton Oratory so many times and not gone inside, in part because the doors always looked resolutely closed before my innate curiosity had taught me that pushing on closed doors often causes them to open.

Nowadays a sign says that the church is open, and I popped in a few weeks ago to have a look. 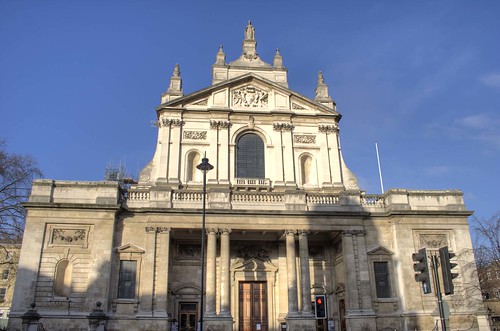 It is a quite astonishing building, largely in the ‘Italian Renaissance’ style, with Roman Baroque and Wren influences.

I love church buildings that have character and find many modern churches to be puritanically bland. They may be places of worship, but their Christianity has been castrated. This Brompton Oratory though is Christianity with balls on.

Overwhelming the senses with marble, with mosaics and domes, this is religion the way Hollywood of the 1960s depicted Rome and the mighty majesty of God.

This is a building that the God of Rome would feel at home in. 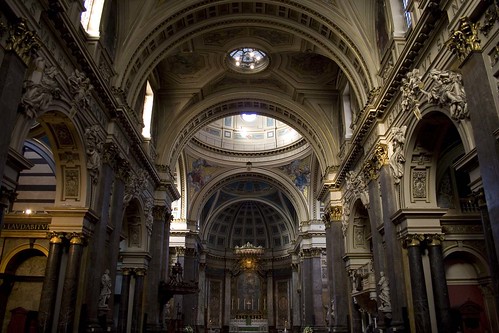 As this is a very active Catholic Church, photography is strictly forbidden. However, by kind courtesy of the Head Sacristan, it was arranged that I could go back and some photos after mass had finished in the afternoon.

A central nave dominates the building, but while the sides would be open within an English church, here they are used to form side chapels for personal devotions to saints. They may be mere side chapels here, but they would make for a decent sized church on their own anywhere else. 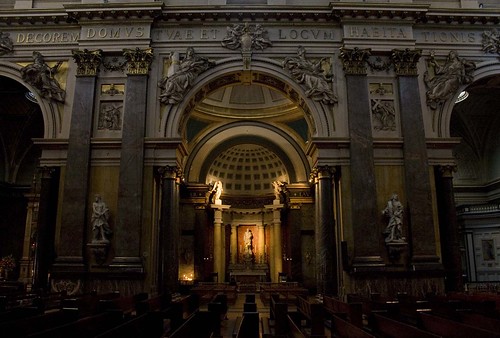 A much more private chapel sits to the side of the main altar – and was curiously colder than the rest of the building. The chapel is actually older than the Oratory, as it was originally the high altar in the monastic church of S. Remy at Rochefort in Belgium. It came to the oratory from S. Servaas church in Maastricht, Holland having been taken there in 1811 following the suppression of S. Remy. 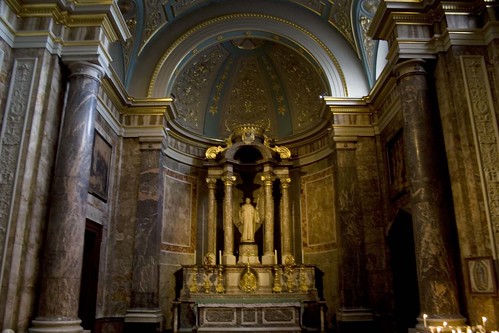 Dotted around the nave are the statues that in a movie would be dramatically lit to impose their awful power over the audience, and here still evoke curious impressions of forms frozen in motion forever. 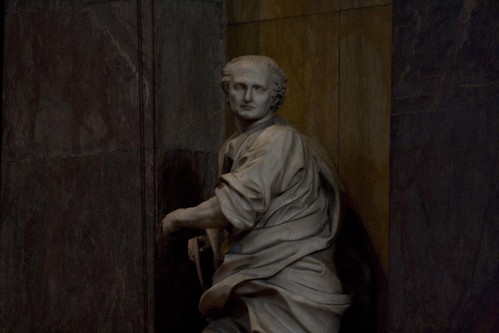 Look up, and lining the nave are the domes so reminiscent of Catholic Cathedrals, with a mighty dome by the Altar. Despite the heavy use of marble for decoration, the structure of the building is actually constructed out of concrete.

From the outside you may also notice that it is covered in scaffolding as repairs to the leadwork are being carried out at the moment. 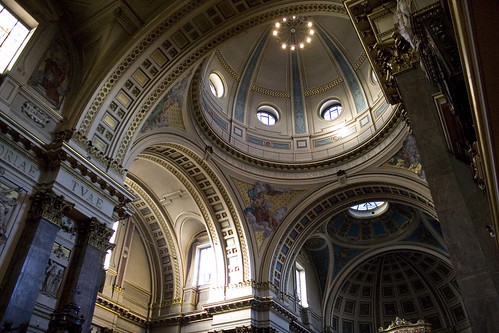 The church was the largest Catholic building in the UK until the construction of Westminster Cathedral, and despite its huge size, it is formally just a church.

Quite some church though! 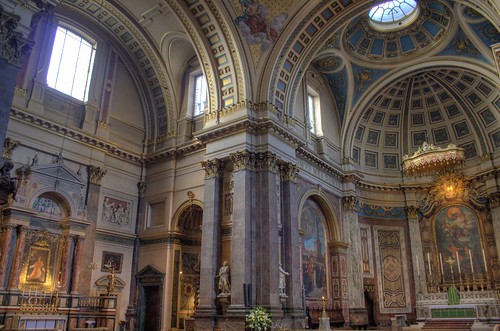 The church sits next to the disused Brompton Road tube station, and if you are quiet, you can hear the Piccadilly Line trains rumbling deep below the building.

The Brompton Oratory is open pretty much all day every day. Entry is free, but donation boxes are by the doors as you leave. 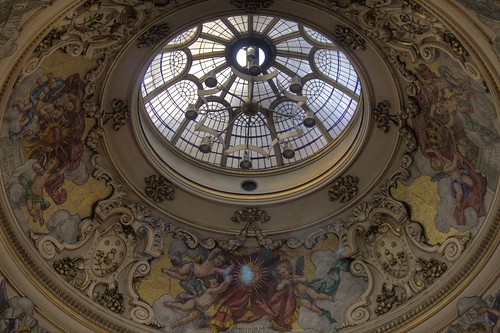