Photos from inside Crossrail’s Paddington Station

Sitting next to Paddington Station, a vast box has been dug down into the ground to create an impressive interchange for future Elizabeth line commuters. 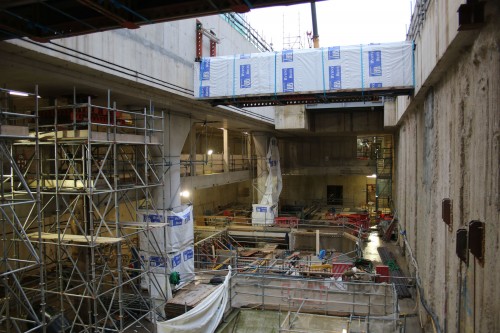 Despite its size though, unless you use certain parts of Paddington station, it is quite possible that a regular commuter would be totally unaware of the new station being dug next door.

For the new station is just outside the mainline building, taking over a fortuitously located road that runs the entire length of Paddington station. This was once the taxi rank, but they were moved elsewhere a couple of years ago, and Crossrail took over the whole road and started digging. 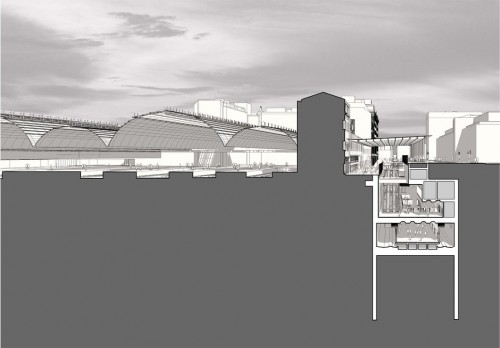 The new station is a 260m long, 25m wide and 23m deep underground box, and as large as the site is, they only had the width for a couple of years, as the space had to be handed back to the road users.

The method chosen then was to surround the box with walls that were dug down first and the site secured, then laying the street level slab first, they dug down underneath that to reveal the lower floor. Add the concrete floor, then dig down again until they were just above the platform level.

Ideally, the station box would have been dug down to platform level, and when the tunnel boring machines arrive, they can be serviced inside the empty station. Unfortunately, in this situation, the TBMs passed through the station before they could get down that far.

This resulted in a situation where there was a station above the concrete tunnels, and those tunnels had to be removed — which necessitated some careful breaking away of the tunnel to stop it from collapsing.

However, all that removed, the rest of the platform level was excavated, and at the moment, is a huge empty box slowly being filled with the necessary clutter to turn it into a functioning station.

One of the advantages of a box-design is that it is possible to create huge spaces where tunnels would normally exist. While Crossrail platforms in the other stations will be huge by London Underground standards, here at Paddington, the platform will be two stories in height. 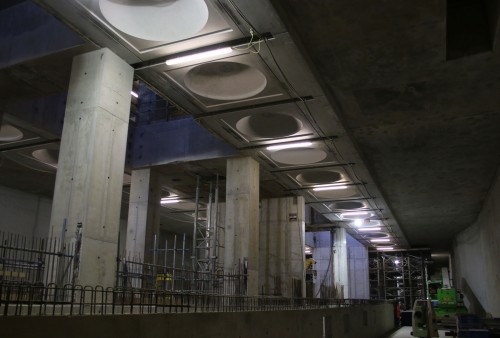 In addition, the centre of the box is being left open right up to the surface level so that natural daylight can filter down, and the lighting wells will adapt their luminosity to match that provided by the great light bulb in the sky above. 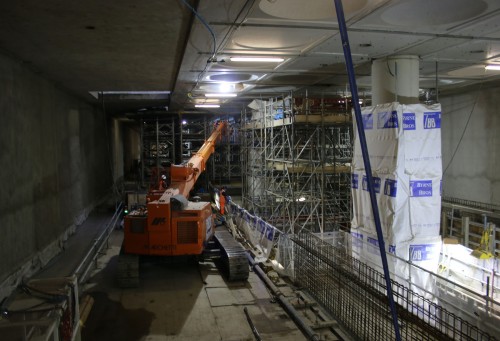 Although considered to be a concrete box, it is almost as much steel as concrete thanks to the huge amount of reinforcing needed within the concrete walls. The two end walls are also being further reinforced at the moment as they were left deliberately slightly weaker at the bottom, so that the tunnel machines could chew through the walls when they arrived. 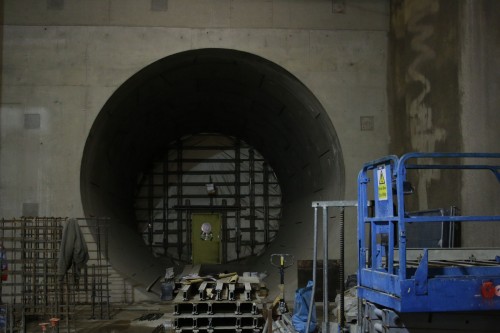 The tunnels for the trains are not the only tunnels though, there is a third — that runs down and under the new station – connecting it directly to the Bakerloo line. This was supposed to be one floor up, but it turned out there were too many utilities under Paddington station, so they went even deeper down for the tunnel link.

That tunnel sits in the middle of the new platforms and is currently fenced off. 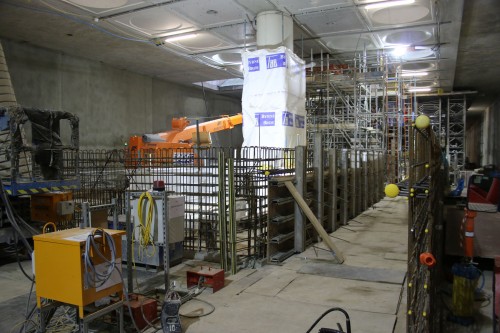 Although most of the focus is on the underground aspect of the station, it has two large surface protrusions, as it serves a due function, for the access of humans, and also of air.

Two large ventilation shafts have been constructed to drive air into the tunnels. Although ventilation and access shafts exist along the length of the tunnels, Paddington station offered an opportunity to incorporate two much larger vents.

When completed, the result should be a largely subterranean structure, with a large glass roof situated next to the platforms bringing passengers from the West of England to the city. 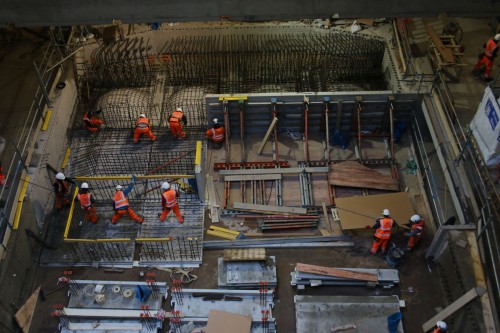 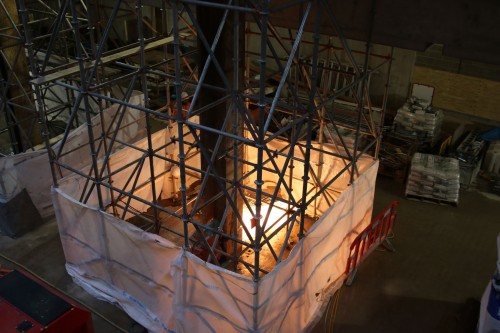 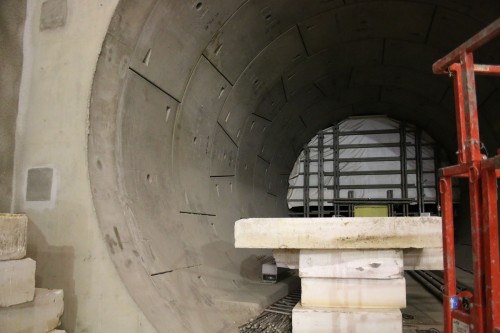 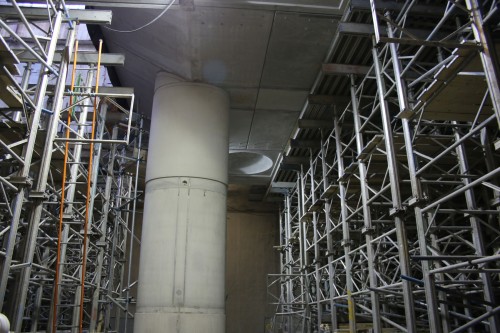 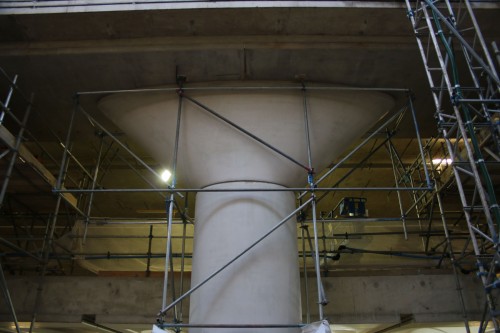 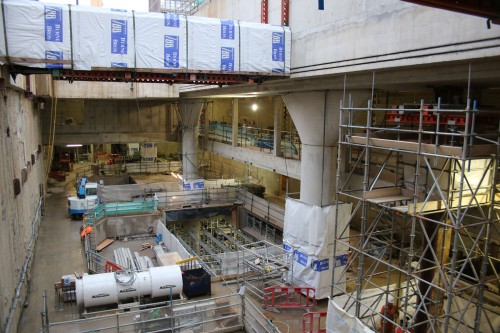 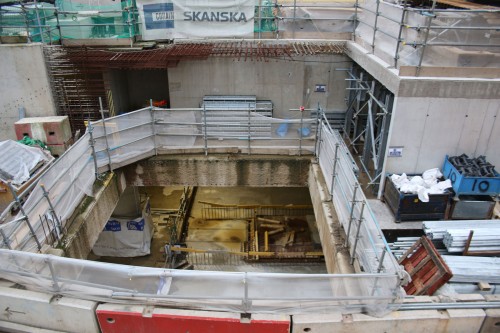