Last night, as anyone who subscribes to my weekly newsletter would have known, a firework display took place by the Millbank Tower in Westminster.

Not knowing if this would be a tiddly display on a barge, or a gigantic display in the skies, the question is where would be the best place to photograph them from.

The ideal photo would be to have Parliament in the foreground with the firework behind, and plotting sightlines on a map suggested the best place for that would be the roof of the MoD offices in Whitehall.

This I concluded was not an option, and I ruled out Parliament Square as the angles were too risky if the display didn’t reach high enough, so the second best place was the Hungerford Bridge. High enough to get a view, but with the downside of vibrations from the trains.

Would the fireworks be in the correct line of sight, would my camera lens be able to get the fireworks and Big Ben* in the same photo. Would the trains stop running for a few minutes?

With some exceptions, most of it worked out even better than I had dared to hope. 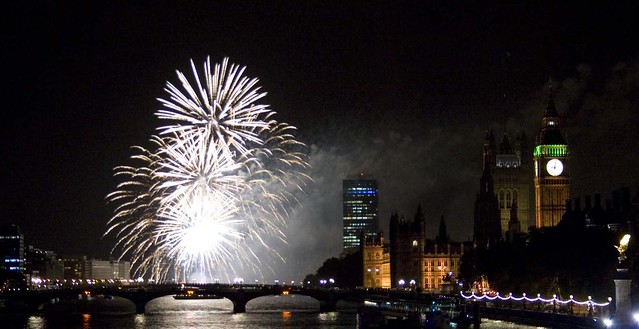 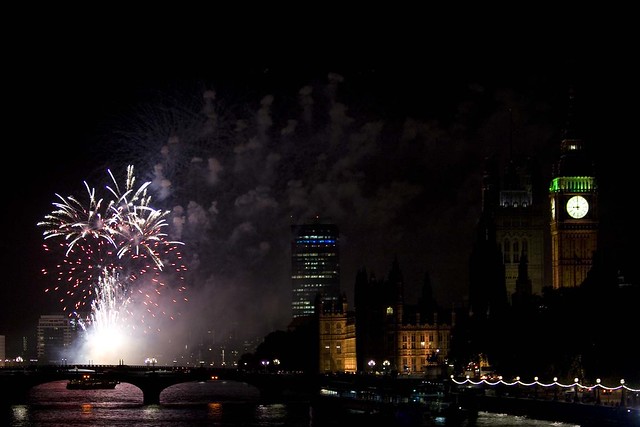 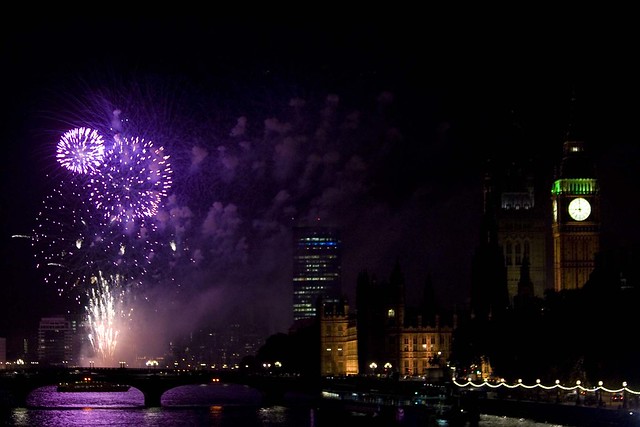 In fact, the north side of Parliament Square would have probably been a perfect location for the photos. Oh well, live and learn. The fireworks started just before 9pm, so the bongs of Big Ben merged delightfully with the booms of the fireworks. 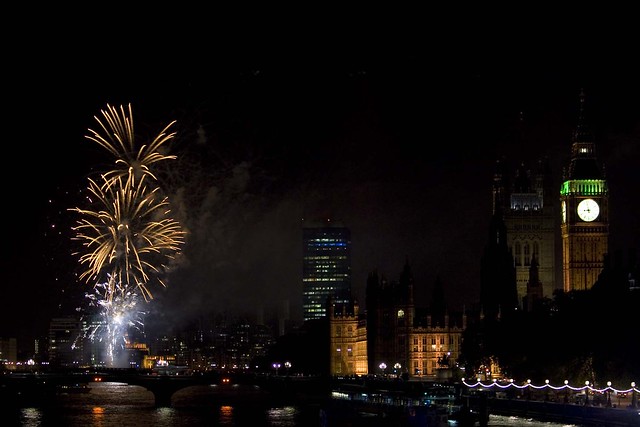 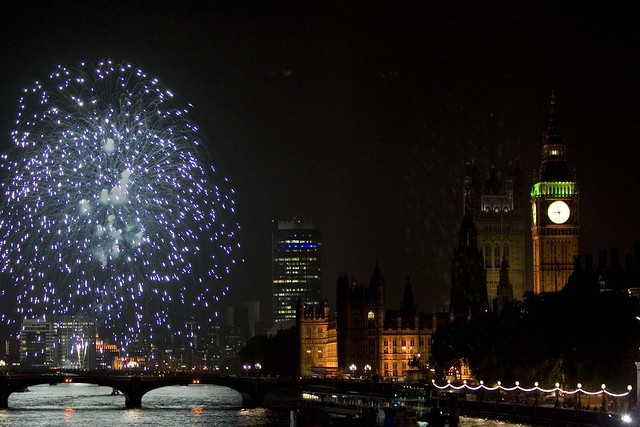 If you were one of the many people who asked me what the fireworks were for last night via Twitter sorry if I came across as a bit annoyed. However, loads of people asking the same question, when I had tweeted the details several times during the day, and the event is listed on my events guide and newsletter gets a bit aggravating after a while. 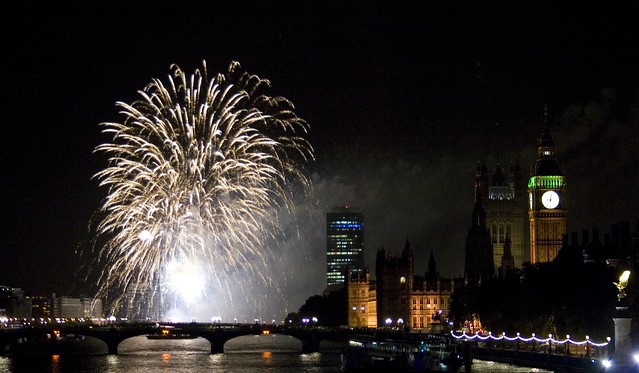 The full set of photos is here.

I really do need to find some way of buying a better camera as well, as I missed a lot of good photos due my clunky 7-year old Cannon really not keeping up with the demands I put on it when taking loads of photos in quick succession.