Trains to and from Paddington Station have to traverse a wide, but quite a shallow valley near Ealing, and here stands one of Isambard Kingdom Brunel’s great constructions – a massive brick viaduct – known as the Wharncliffe Viaduct (google maps). 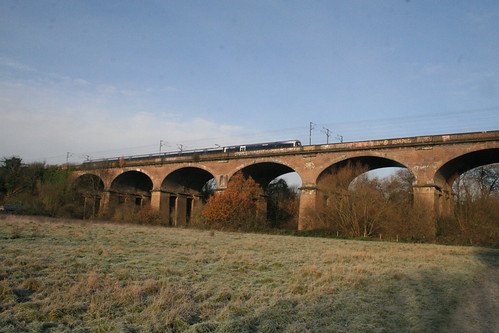 Constructed in 1837, this 900-foot-long Georgian viaduct has eight semi-elliptical arches, each spanning 70 feet and rising 17 feet 6 inches. Built originally of two brick columns supporting the wide arches (as seen here), it was widened in 1847 by doubling the width to give the current three arches – and above it, four railway lines. It is now 55 feet wide. 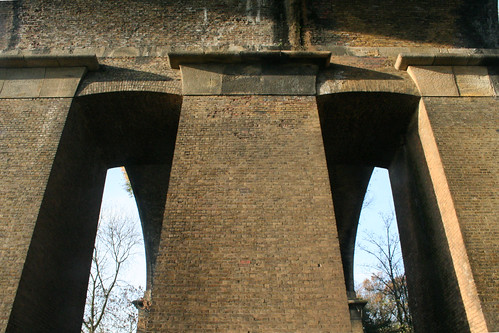 A special feature of the viaduct lies in the two endmost arches, which are hollow and have two small grilled doors at their base. They were designed specially to house colonies of bats, who have taken to them with glee and the fences surrounding the base is to stop careless humans disturbing them – as that would be rude, not to mention, illegal. 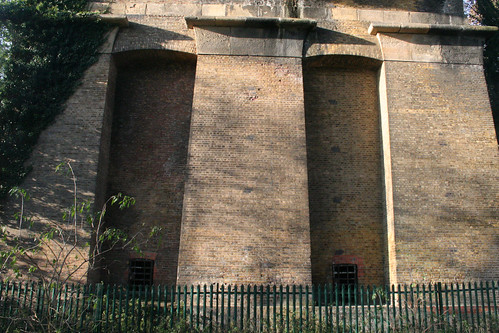 Lord Wharncliffe’s coat of arms can been seen on the central pier on the south side. He was chairman of the Great Western Railway, hence the name of the viaduct. 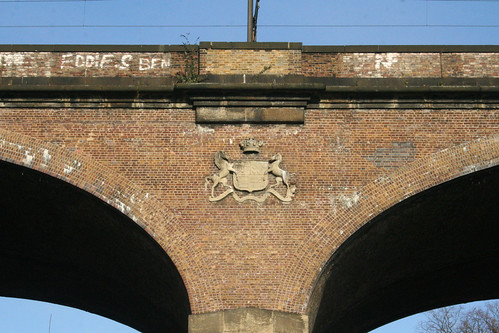 The railway that runs along the top was also notable for being the first to make use of the newly invented Electric Telegraph, which gained much publicity when it was used to signal the police in London that a murder suspect in Slough had caught the train – leading to the first arrest due to electric communications.

Depending on which track on the railway above they use, this could be a good spot to photograph steam trains on their occasional trips along the Great Western Railway.