Perspectives of Destruction: London during WW2

The London Blitz beginning in 1940 has been described as the second Great Fire of London and large swathes of the city were destroyed.

The British government recognized that ‘a war so epic in its scope by land, sea and air’ should be recorded and interpreted by artists. These official War Artists were tasked with depicting events and experiences both on the field of battle and on the home front.

Focusing around a group of nine recently acquired drawings by painter Graham Sutherland, an exhibition at the Museum of London explores the way artists and photographers responded to the bombing of London during the war. 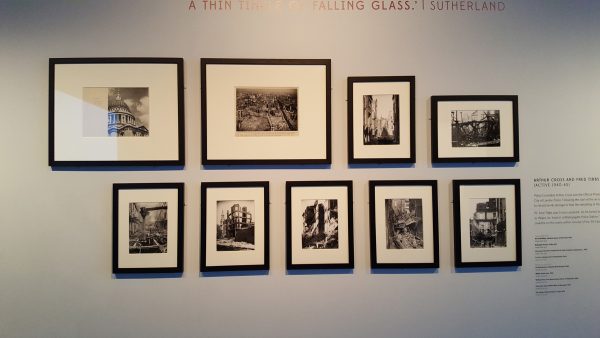 Some are photos taken of people sheltering from the bombing raids — the photos to be used overseas as war propaganda to persuade America to join the battle.

Others are paintings of buildings, to get around war censorship which forbade the depiction of people suffering from the bombing raids. 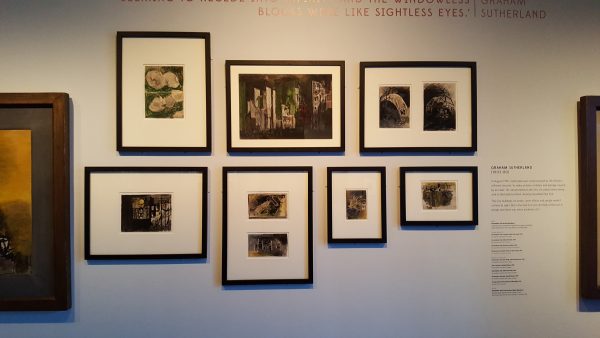 “I will never forget those extraordinary first encounters: the silence, absolute dead silence, except every now and again a thin tinkle of falling glass.” Graham Sutherland, painter 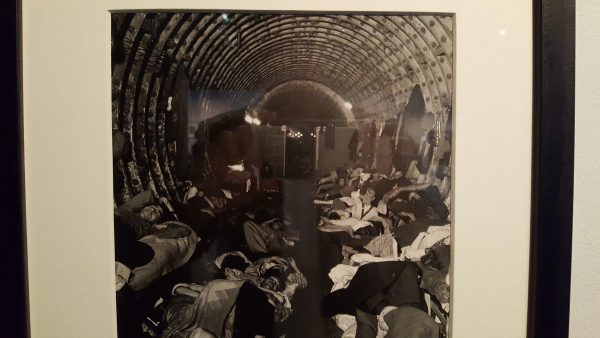 It’s a modest display in the lower floor of the Museum of London, until 8th May, but shows varying ways of conveying the horror of war to an audience who did not live through it.