In a Science Museum gallery next to, but not in the space gallery, is a relic of the Space Race, the command module used in the Apollo 10 mission to to the moon.

That was the final test run before the actual landing on the moon by Apollo 11, and clocked up quite a few records of its own that in some ways make it more historic than the command module that orbited the moon during the later landings.

Normally protected from grubby hands by a glass barrier around the display, today was a rare chance to go beyond the barrier and even stick a nose – or camera lens – inside the module as the opening hatch cover was taken away for the day. 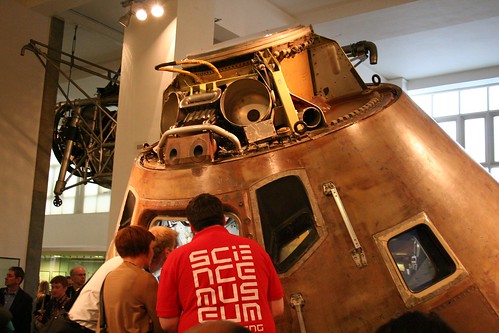 Arriving at late lunchtime, there was what looked like a modest queue to have a look – but a guide warned us that it might take as much as 90 minutes to get to have a look. Actually took about an hour. I knew I should have tried to get there as the place opened in the morning!

A lady with model of the Saturn rocket was keeping children entertained, some displays of space food were shown, and a TV showed old B&W photos of when the Command Module was delivered to the Science Museum. Apparently the photos have only just been discovered in their archive. 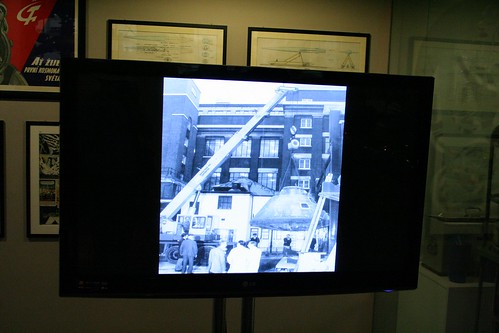 During the mission itself they tested everything as if a landing was about to take place. The result is that they had a full landing module on board to test with (although disabled to stop them trying to land!). A side effect is that in order to come back to earth they had to jettison the lunar lander.

The descent stage was simply crashed into the moon – a not entirely unscientific disposal method as scientists can study the impact to learn about the lunar surface. After being jettisoned, the ascent stage flew on a trajectory past the moon and into heliocentric orbit, which apparently makes it the only intact lunar module ascent stage in existence.

How do we get it back?

An hour of queuing, and my chance to have a look – although I was asked to join the mum & toddler in front, so a hoped for one-on-one experience was denied. 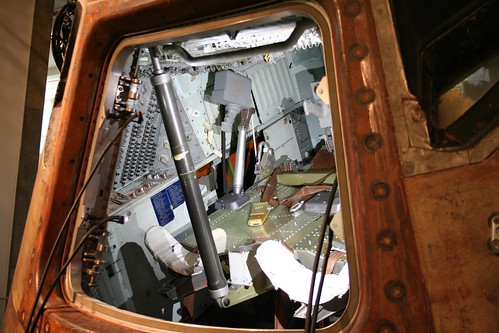 Nonetheless, a chance to sniff the hallowed atmosphere inside the cramped spacecraft and see parts not usually visible to visitors entirely justified the hour-long queue and set off the science geek in me. 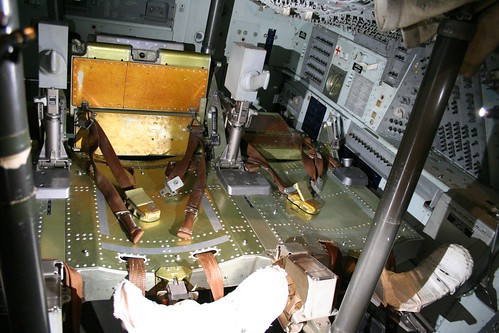 A couple of minutes for photos and that was it – time to let the next person have a look. As much as I wanted to linger, the queue behind was still lengthy and it would have been rude to delay them. 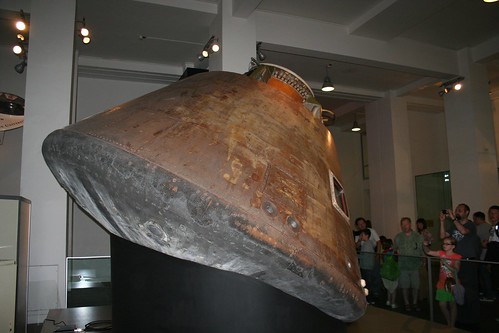 As I mentioned above, although this module never took people to the lunar surface, it holds two significant records of its own.

The Apollo 10 mission also holds the distinction of being the humans who have traveled to the furthest point away from home, some 408,950 kilometres from their homes and families in Houston. While most Apollo missions orbited the moon at the same 111 kilometres from the lunar surface, timing makes this distinction possible as the distance between the Earth and Moon varies by approximately 1,600 km. The Apollo 10 crew reached the furthest point in their orbit around the far side of the Moon at approximately the same time Earth had rotated around putting Houston nearly a full Earth diameter away. 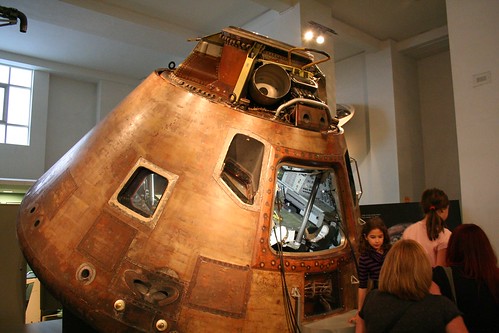