Pay a visit to the Museum of Teapots

A small village in the middle of the Kent countryside sports a few pubs, a windswept train station, a canal — and a most unusual museum.

On the appropriately named Teapot Island sits a cafe which has been there since the 1950s, but in 2002 the private home next to the cafe was turned into a museum — for teapots. 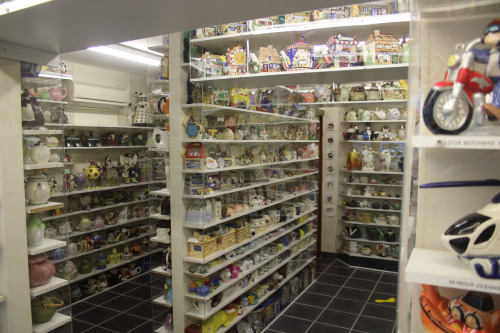 An estimated 7,100 teapots are on display in a grotto-like collection of small rooms, each filled floor to ceiling with small, medium and some huge decorated pots of all shapes and designs — all with just one thing in common, a spout and a handle.

Beyond that practical necessity, nothing is the same. Many of the teapots are display pieces being totally impractical for common use, but a lot are the sort that an eccentric sort could possibly use to brew their morning cuppa.

Some are by famous potters, and names printed on paper labels had the air of familiarity thanks to years of watching Antiques Roadshow. Others are valued for the signature on them, as gifts from celebrities.

All around, novelty and surprise. Political teapots, science-fiction teapots, Christmas teapots. A collection of miniature teapots. A huge space rocket of a teapot that can probably serve a small conference venue of tea drinking conference attendees. All around, moments of delight, surprise or simple curiosity. 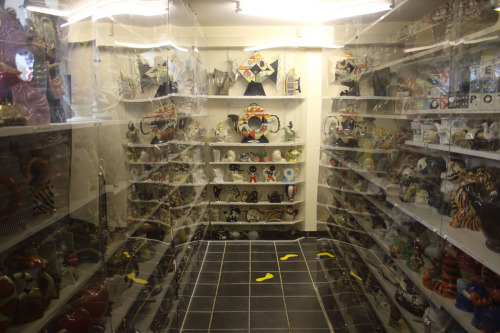 Teapot Island was featured in the Guinness Book of World Records in 2004, for being the largest collection of teapots, but lost the title in 2011 to a man in China, with a reputed 30,000 teapots.

The owner, Sue Blazye might not recover the title as she prefers post-1970s teapots that raise a smile rather than collecting older plain models that have more heritage, but maybe less fun. 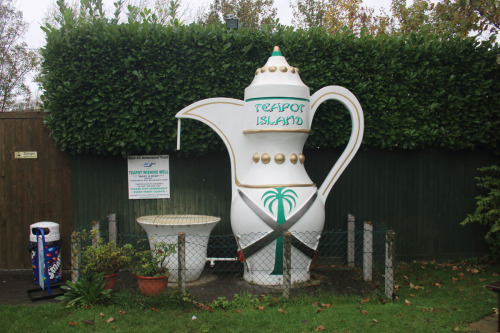 You can visit the museum to pay homage to individual items, to potters or artists — or as we did, for the sheer bonkers delight of wandering around room after room filled with a harlequin confection of colours.

While you’re there, the cafe served up a good lunch for myself and Tom which went down well on a wet Sunday afternoon.

Teapot Island is open Sat-Sun during the winter months, or all week during Summer. Entry to this Tardis of Tea costs a mere £2.50. 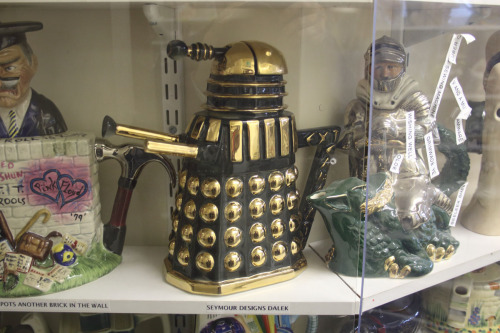 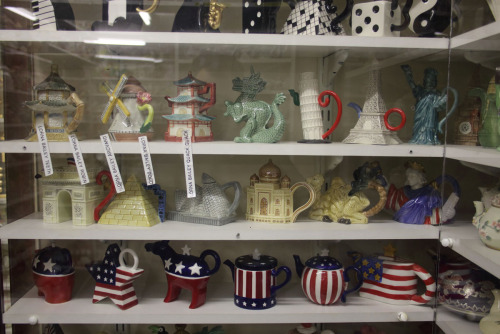 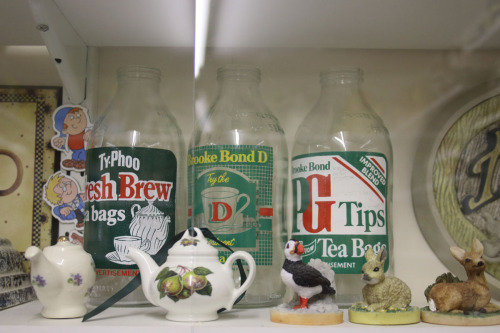 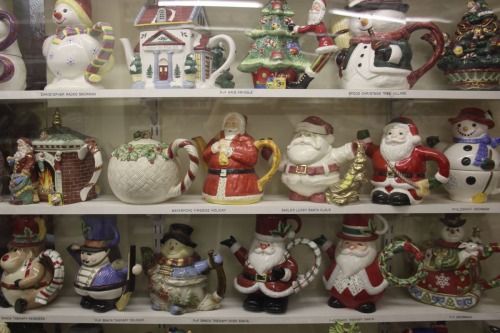 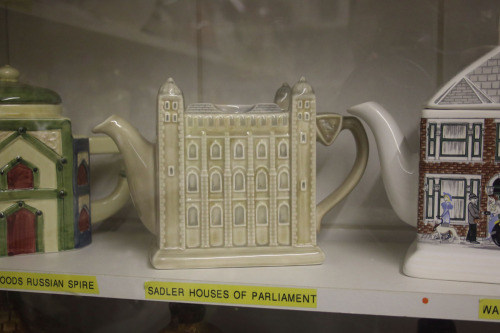 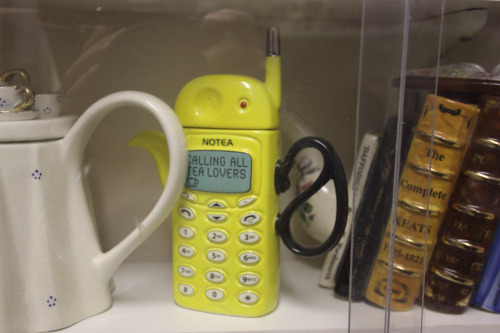 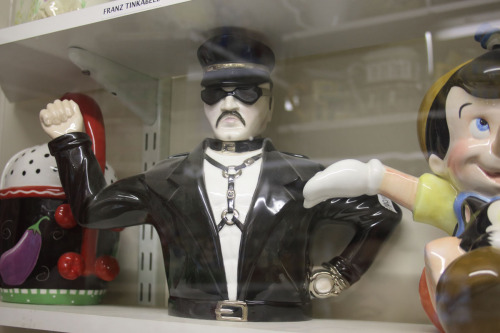 And finally, while the design may not leave much space for a cuppa, this glass sculpture was my favourite of the whole collection. 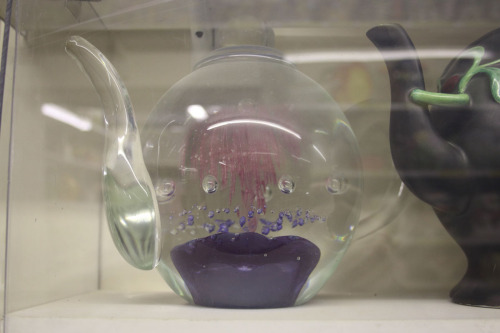