Paralympians are responsible for winning seven times more Gold Medals than Olympians in a third of the time, and to mark the latest Olympic games, some of them have been rendered into art form and are on display at the Crossrail station in Canary Wharf.

The paintings have been created by Hackney-based artist Clare Newton and were inspired by ancient Grecian Olympics and the art of story-telling by classical masters. 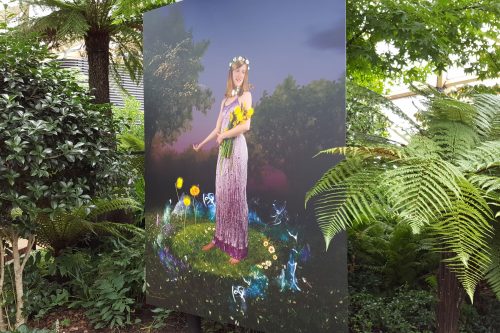 For Canary Wharf she has created a series of large-scale photographic panels depicting some of the athletes as ancient Greek gods and goddesses. 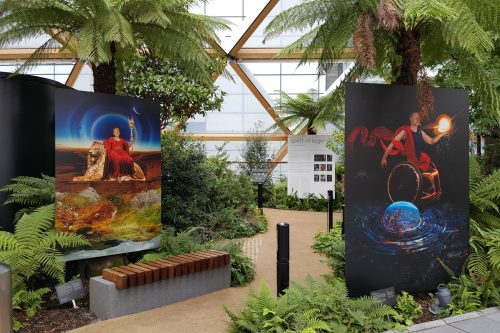 As such, it can be a bit chocolate box cover art in style at times, albeit rendered on a scale that a glutton would struggle to eat that entire box of chocolates. 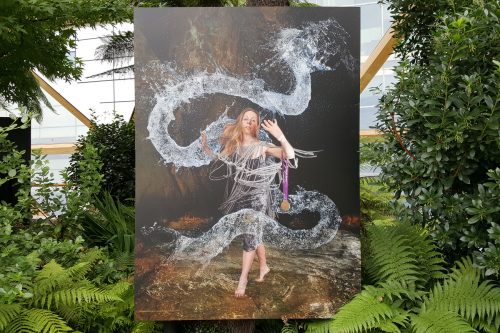 What does work though is the setting, and by surrounding them with plants, has created an almost image of the idyllic landscape so often imagined to be the land of the Gods. 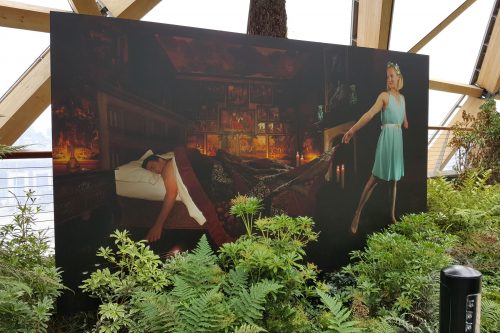 The display is open in the Canary Wharf crossrail station’s roof garden until 2nd October. 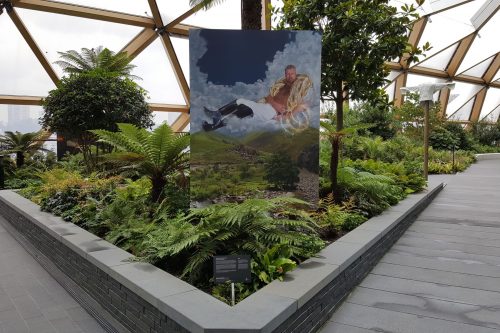