Overnight rehearsal of the State Opening of Parliament – photos

Published 22 May 2015 by By Ian Mansfield Events and Tours

Earlier this morning, the police and military sealed off the streets around Parliament. In many countries that is the cue for panic and coups, but in Britain, it means pomp and ceremony.

It was a rehearsal, for more pomp and ceremony due to take place next week when The Queen will ride in her full majesty to Parliament and declare it open yet again for the politicians within the commence their bickering.

But first, a rehearsal so that new soldiers and sailors can learn the ropes, and older ones refresh their memories. At 3am, the blockade started with a few streets closed off, barriers erected, and in some places, police vans parked across the streets, just in case someone decided the barriers didn’t apply to them. 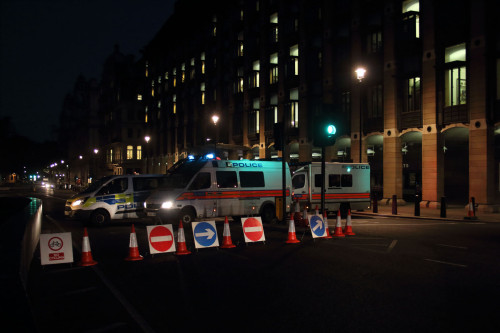 At 4am, the full closure came into effect. The final night bus left Whitehall, and the military took control. To the surprise of once cyclist who decided road blocks were for other people, and was promptly stopped and pulled over the metal barriers lining the pavements and sent — walking — back where he came from.

In the distance came the stomp of feet as soldiers and sailors came around the corner and marched up Whitehall to form the honour guards, and the traditional shuffling to make sure they are inch-perfect in placement. 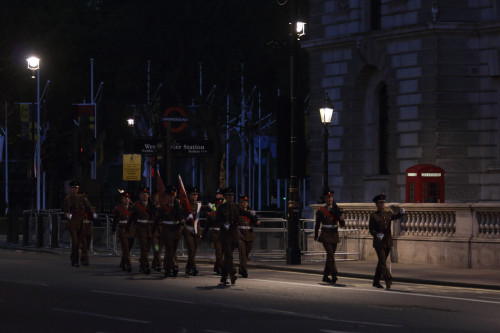 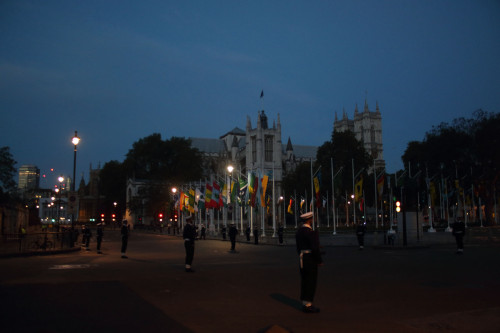 It’s however the carriages and the horse escort that always gets the crowds attention at these events, and even if this morning barely a handful of people were around to see, it was still a spectacular sight as hundreds of mounted horsemen cantered down Whitehall towards Parliament. 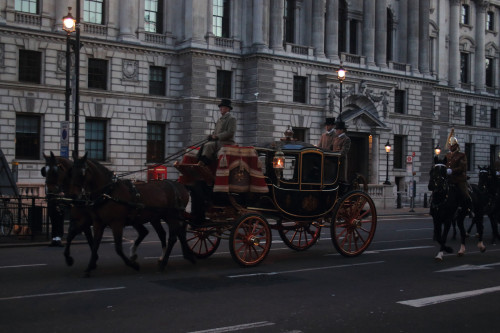 Along a flow of carriages, empty this morning, but next week carrying The Queen, the Imperial State Crown and various other less royals and dignitaries.

And after a brisk turn around at Parliament, they all came back again.

Barely a few moments as they pass by, but always worth the noise and spectacle. By 6am it was all over, sun risen, and the second army of street cleaners arrived to remove what horses always leave behind. 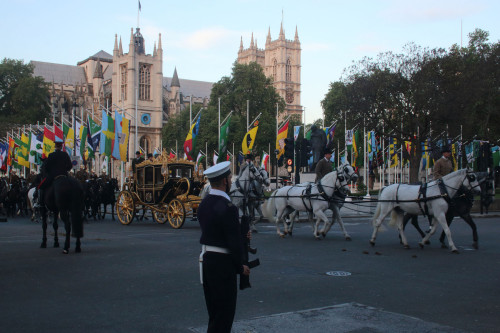 And next week you can see the whole thing again, but with thousands of other people blocking your view.

Some more photos from the morning 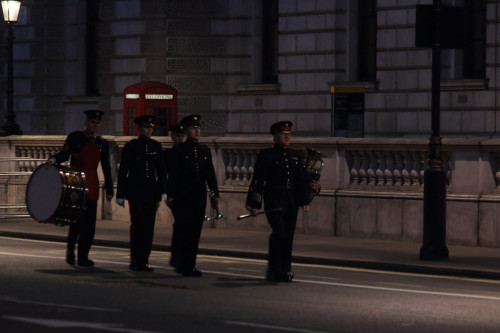 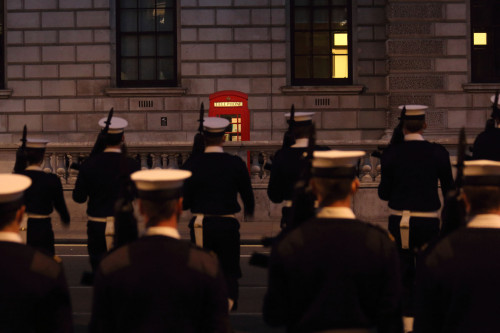 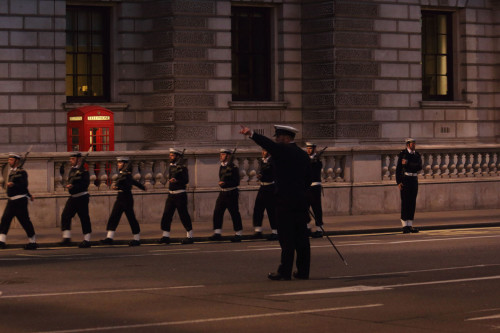 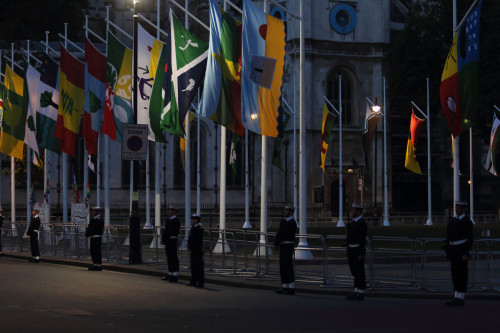 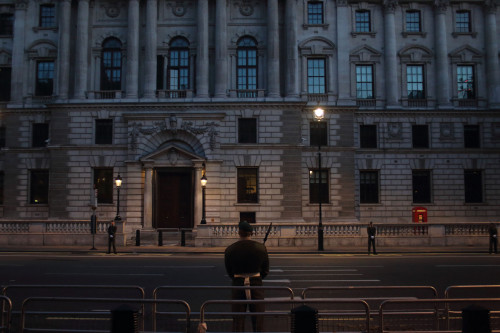 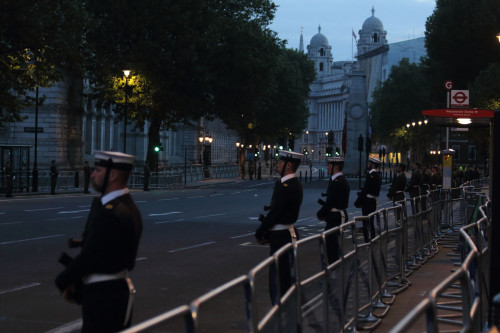 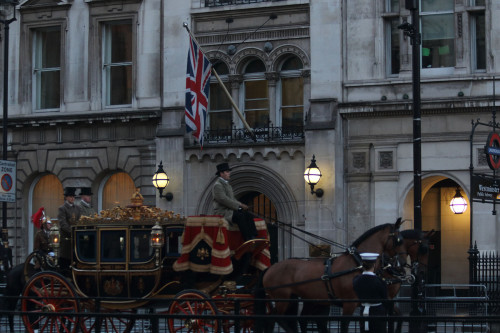 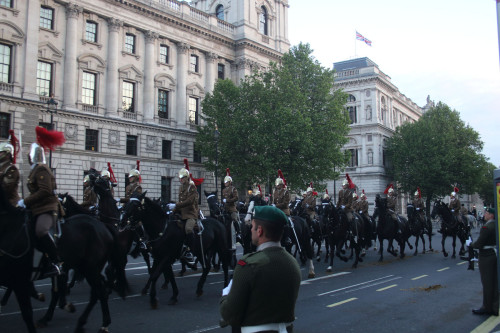 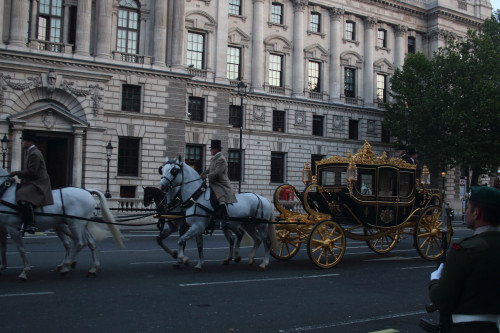 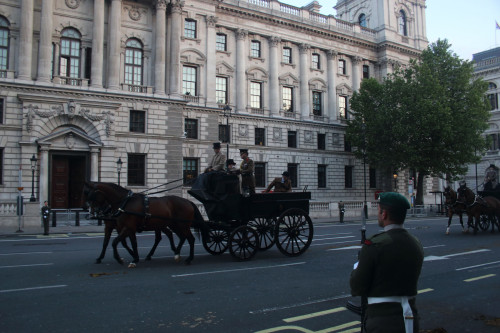 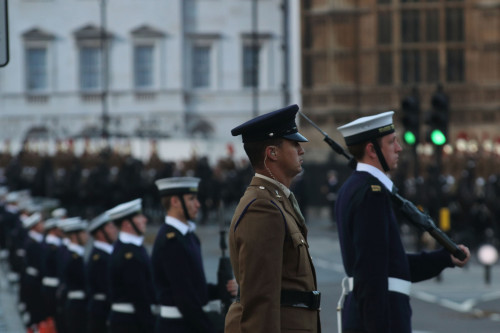 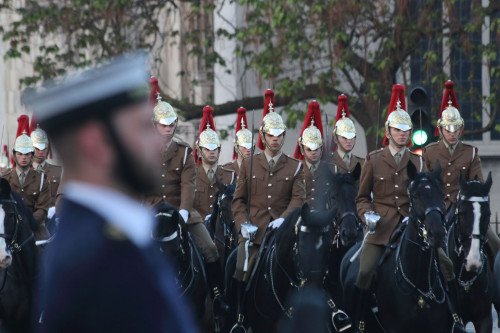 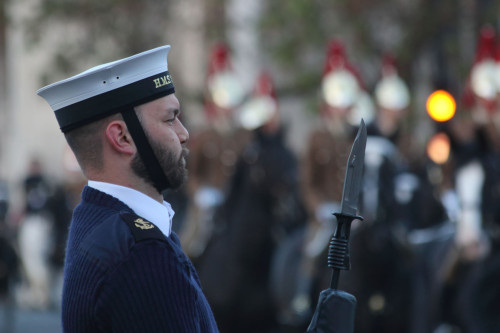 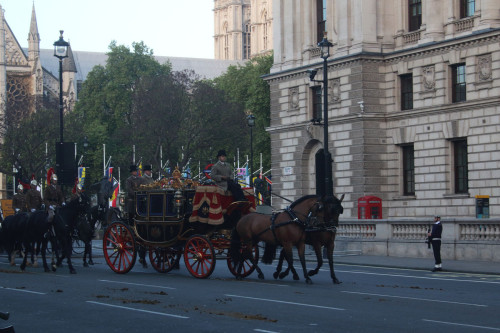