Over 300 vintage London Transport posters to go on sale

The posh auction house, Christie’s is holding a sale of over 300 original advertising posters dating from 1913 to 1955.

The sale is of posters direct from the archives of London Transport Museum (LTM), so not a private collection built up by someone smart enough to buy them from people who thought of them as nothing more than cheap paper. 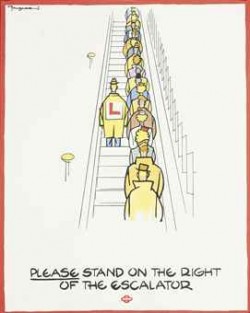 A museum selling part of its collection is a controversial issue – although one which I tend to support where museums are warehousing multiple copies of the same item. According to the sales catalogue, this sale have been coordinated with the Museums Association and TfL to meet ethical standards for disposal.

The money from the poster sale will be held in trust by the Transport Museum to fund future acquisitions, along with conservation and restoration work.

With prices starting at over £1,000 each, this is not an auction I will be attending to bid on items, but you can visit the pre-sale public viewing days – or just wistfully sigh in delight while looking at their online catalogue.

The posters offer everything from cutting edge art design to informational posters offering advice how to get to major sporting events in London.

A few I liked personally included one from 1937 explaining how escalators work; a cut-away 3D drawing of Chancery Lane station from 1934and some from the 1944 series of informational posters, which frankly, I think need to be used again on the Underground.

There are also some tube maps!

This 1933 map looks superficially like a tube map of the era, but look closely (click the zoom button) and you’ll see it is full of local attractions. 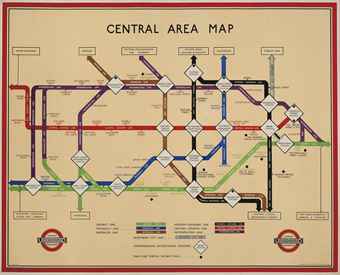 Finally, this 1934 Beck’s style tube map is an interesting take on the idea, and was printed just one year after the original Beck map was finally published by London Underground.

In addition to looking at all the posters online, there is a chance to see them in the flesh so-to-speak, during a public viewing days. Officially for buyers, but anyone can actually wander in.

The viewing dates at their South Kensington auction house are:

The Transport Museum is also selling some postcards associated with the sale.

Slightly related, the Museum is also hosting a display from its archives of posters relating to sports events held in London. That poster display runs until 13 September at London Transport Museum, Covent Garden.