Open Day at the Army’s training Academy at Sandhurst

Not in London, but close enough to peek my interest at least, and looks interesting in several areas… the Army’s Officer training academy in Sandhurt is having an open day next month – and conveniently on a Sunday.

Not just for the displays of military prowess, but the architecture and heritage is rather impressive.

Hopefully, any helicopters that might be there wont scare the locals as the recent open evening at the H.A.C. did to Shoreditch residents who didn’t realise there was an Army barracks in their midst! 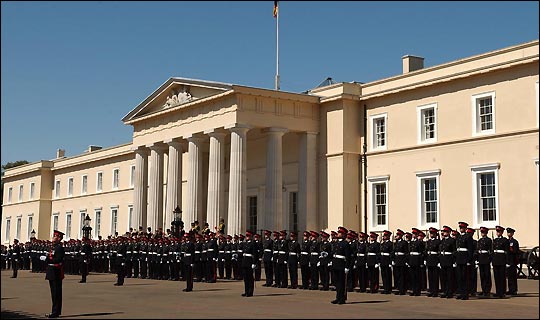 From the official blurb…

Watch – A variety of sporting and military events including a Polo Match, a Cricket Match, Gurkha Khukri Dance and traditional Jhyaure, and a Musical Finale by The Band of The Army Air Corps.

Poster advert for the day