One of London’s quietest train stations set for major upgrade

A small windswept train station in the middle of an industrial estate that sees hardly any trains stopping could soon become considerably busier thanks to a local development.

Angel Road sees just a handful of trains each morning and evening, and none during the day or weekends. It’s the fourth quietest station in London (after Sudbury & Harrow Road) with just 86,000 users during 2014/15.

The local council did try to force the operator, Greater Anglia to increase the service to run throughout the day, but lost that in the courts. 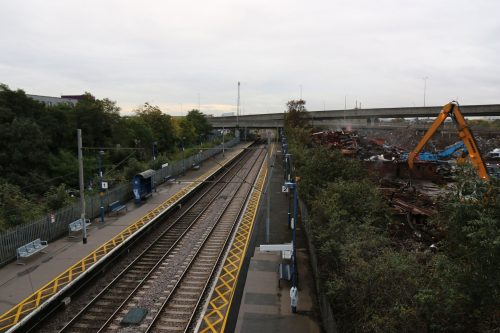 The lack of use can be put down to the simple fact that the area is largely empty of residential users, with a cluster of light industry and warehouses being the main facilities.

The North Circular hurries road traffic through the area as people rush to the massive Ikea and Tesco to stock up on food and tealights. It’s a bleak unforgiving land of concrete and rust.

This is set to change

A large section of land around the empty train station is set to be redeveloped in a £3.5 billion scheme which will see the former industrial site turned into 10,000 new homes over the next 20 years. With houses prices being what they are, 10,000 high-earning bankers aren’t going to want to live in a transport black hole, so an upgrade is planned.

This won’t be the first time the small station has seen changes though. When it opened in 1840, the station entrance was, unsurprisingly, on Angel Road, but was renamed Water Lane just 9 years later, and then back to Angel Road in 1864.

When quiet little Angel Road became the North Circular neo-motorway in the 1960s/70s the station entrance was moved northwards to a new bypass road, and the old ticket office demolished. A small spur railway line ran up to a station in Edmonton, but that closed in 1964.

What’s left is two platforms, and a very unpleasant route under the main road and along a narrow alley to the insignificance of an entrance. 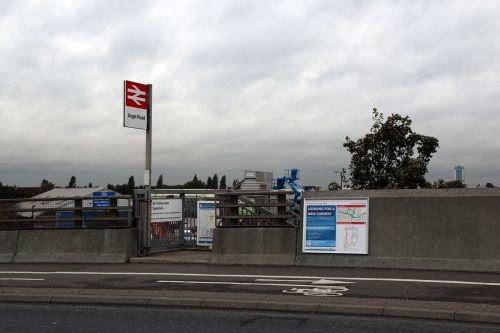 The station’s apology of an entrance has a newish looking sign proclaiming to no one that there’s an alternative to the motor car. Down some puddle laden steps and then a dark underpass under the main road above. 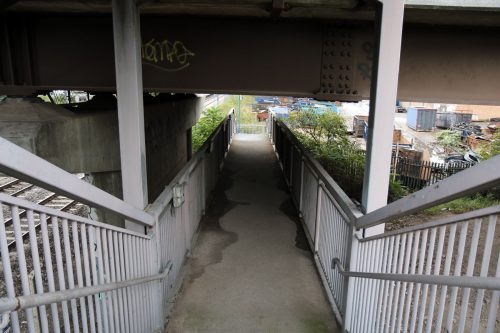 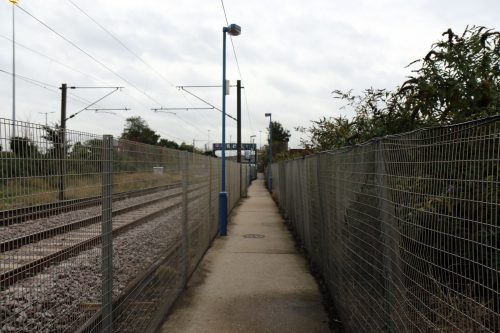 More steps down, then a narrow winding wire lined corridor to the station proper. If heading into London, over the footbridge to the hint of a seating shelter. 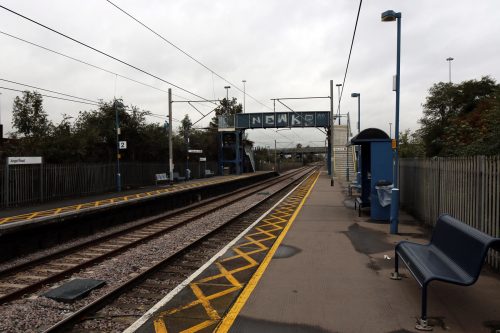 A sign with the timetable is a litany of despair about the available service.

This is set to change

In fact, the station will close, and move a couple of hundred yards to the south to bring it a bit closer to the new housing development.

This should see three platforms built and all the usual modern facilities we expect from a new station.

Network Rail has progressed design development and provided a cost estimate of £11.7m for the project. The project is being funded with £2.5 million from the Greater London Authority with a further £1 million from Enfield Council.

Along the tracks nearby there are already hi-vis wearing Network Rail contractors clearing the land to prepare it for the Stratford to Angel Road (STAR) rail upgrade project which will see a third railway track added. Passive provision for a fourth track will be included for Crossrail 2.

When the blocks of flats arrive, and the trains upgraded the high earning banking sorts who can afford to live here will be just 30 minutes from the skyscrapers of the city and docklands. 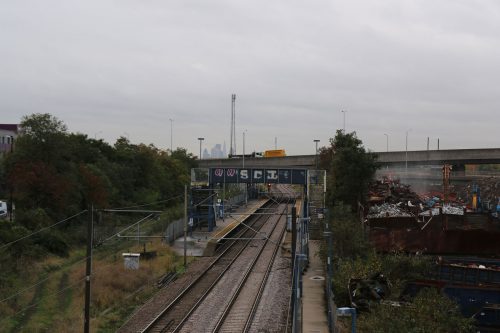 The new station is expected to open in 2018, and it won’t be called Angel Road anymore, it’s likely to be called Meridan Water, after the housing development. That does mean that sometime in 2018, there will be a cluster of train geeks making probably their first-ever visit to Angel Road Station, just to be on the very last train to ever depart this benighted location. 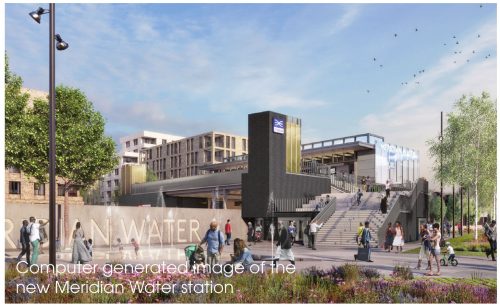