One Kemble Street – the “CAA Building”

If the Centrepoint tower had curves, then One Kemble Street is what it would look like — a pillar of repeating concrete shapes slightly hidden from casual view. 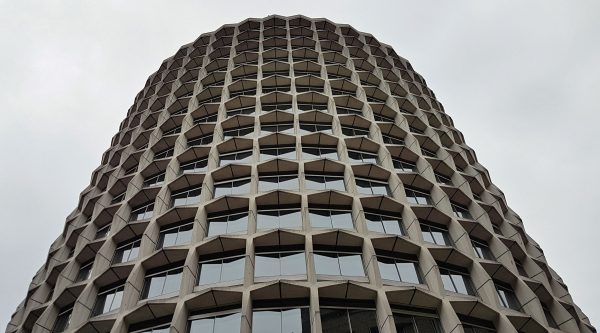 The similarity isn’t a coincidence though, for they were both designed by the same architect, Richard Seifert & Partners and for the same developer, Harry Hyams. And both stood empty for several years as the tax law of the time actively encouraged empty buildings. Rather than changing the law, the government tried to buy Centrepoint, and took out a long lease on what was to become known as the CAA Building, for it’s occupant, the Civil Aviation Authority.

The round tower is the notable, and it has a covered bridge to the next door very different rectangular slab, so that it would not be unreasonable to think the two were built separately, but there are in fact the same development. 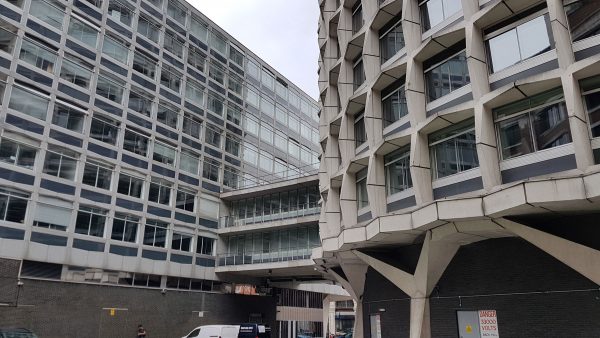 The rectangular slab presents a conventional facade to Kingsway that while modern in structure fits in with the Edwardian blocks that line the road.

Thanks to the bulk of the building in the area, the concrete rotunda is almost hidden from view, just visible out of the corner of side streets almost as if it is ashamed to be seen. 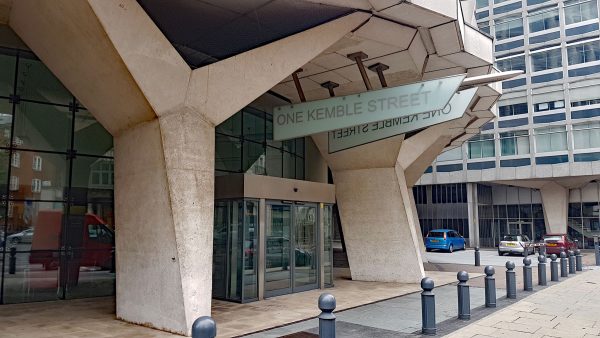 When built it was known as Space House to highlight the open plan design of the interior, with a central core and then the concrete facade around the edges.

One of the unique features of the building was the scaffolding — or more accurately, the lack of it. While conventional today, that method of construction was radical, and allowed the radial design of the building to be seen even as the floors rose skywards.

A deep basement fitted the thinking of the times, being a dual-use car park for the public and the office workers… and with its own petrol station. 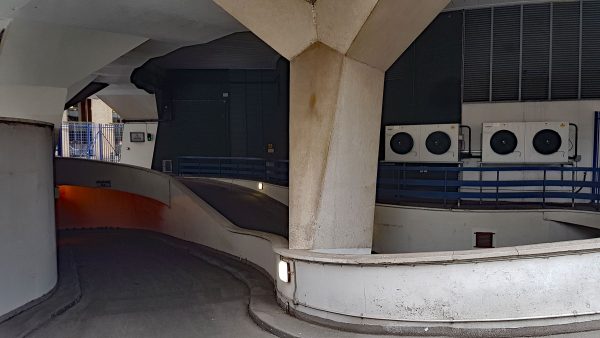 The dramatic design of a cylinder for the building is deliberate, chosen in order not to block the light of the buildings in the streets around it.

As impressive as the building is from the 1st floor upwards, as was often the case with Seifert buildings, the ground floor often seems a bit of an afterthought. More for cars than pedestrians and with facilities and utilities on show where today they would be hidden away and the facade more pedestrian friendly.

The area is now surrounded by ugly fencing which does even less to help the appearance of the street level. 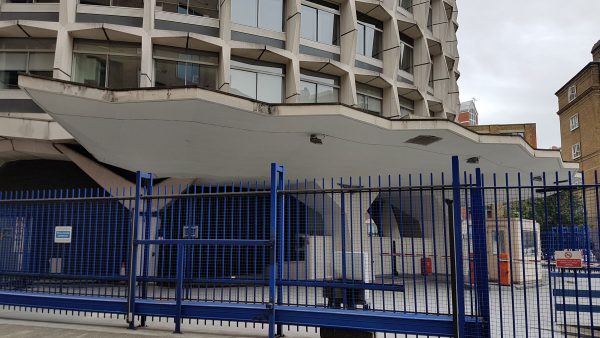 But look up, and there’s a quite magnificent concrete building to admire. 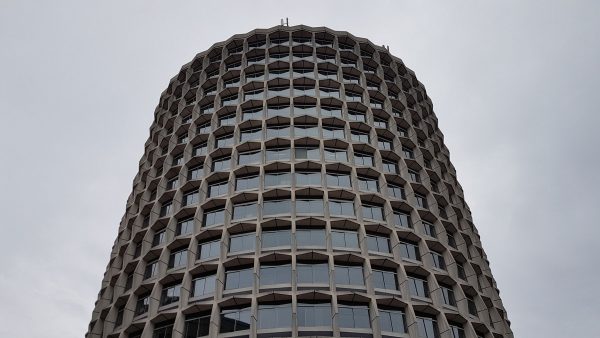 The Kingsway block is now known as CAA House while the tower has been renamed One Kemble Street, and is let out to a number of other tenants.

The tower was sold earlier this year, and slightly ominously, the sale notes that the CAA’s lease in the slab next door expires at the end of next year when “the opportunity exists to transform it into a new landmark for Covent Garden.”

You can however own your own cardboard model of the tower – with Brutal London.