Over the past few months, I have occasionally noticed a countdown clock at the top of the London 2012 website noting when the part reopens to the public.

Today they put out a press release announcing that it is now 50 days until the opening.

They plan to open the doors to the park at midnight.

I think being at the park on the stroke of midnight and wandering around overnight would be utterly delightful.

Sadly, not only does the clock say that the park opens at midnight, but it also says that it opens in 47 days time, not the 50 days being cited by the press release.

Which means the clock is faulty.

I still might turn up at midnight, just in case.

Even more confusingly, the press release says that the park will “start to open to the public from 29 July”. But that is 49 days away — so by “from 29 July”, do they actually mean it opens on the 30th July? Maybe at midnight?

Sounds like knowing when the Olympic Park is opening is about as confusing as booking tickets for the original sporting event. 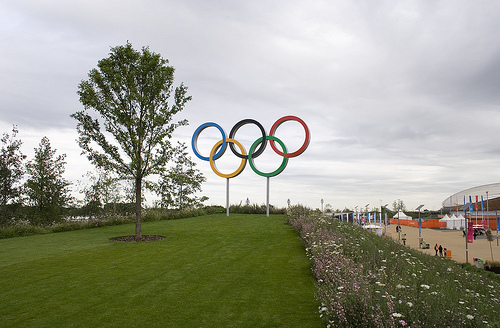