At the most northernmost outpost of Greater London, in the middle of farmland, can be found a most curious museum.

A cluster of historical artefacts from the history of transport, scattered amongst the largest pile of seemingly junk you will ever see. From old dinky toys, to big fire engines, to model railways to London Underground signs, this museum has it all.

A most curious collection of transport ephemera.

If you judge a museum by its website, which is not an entirely unreasonable thing to do, then you might not expect too much, maybe a few objects in a brick building, but in fact, this oddest of odd museums is vast, in scale and collection. 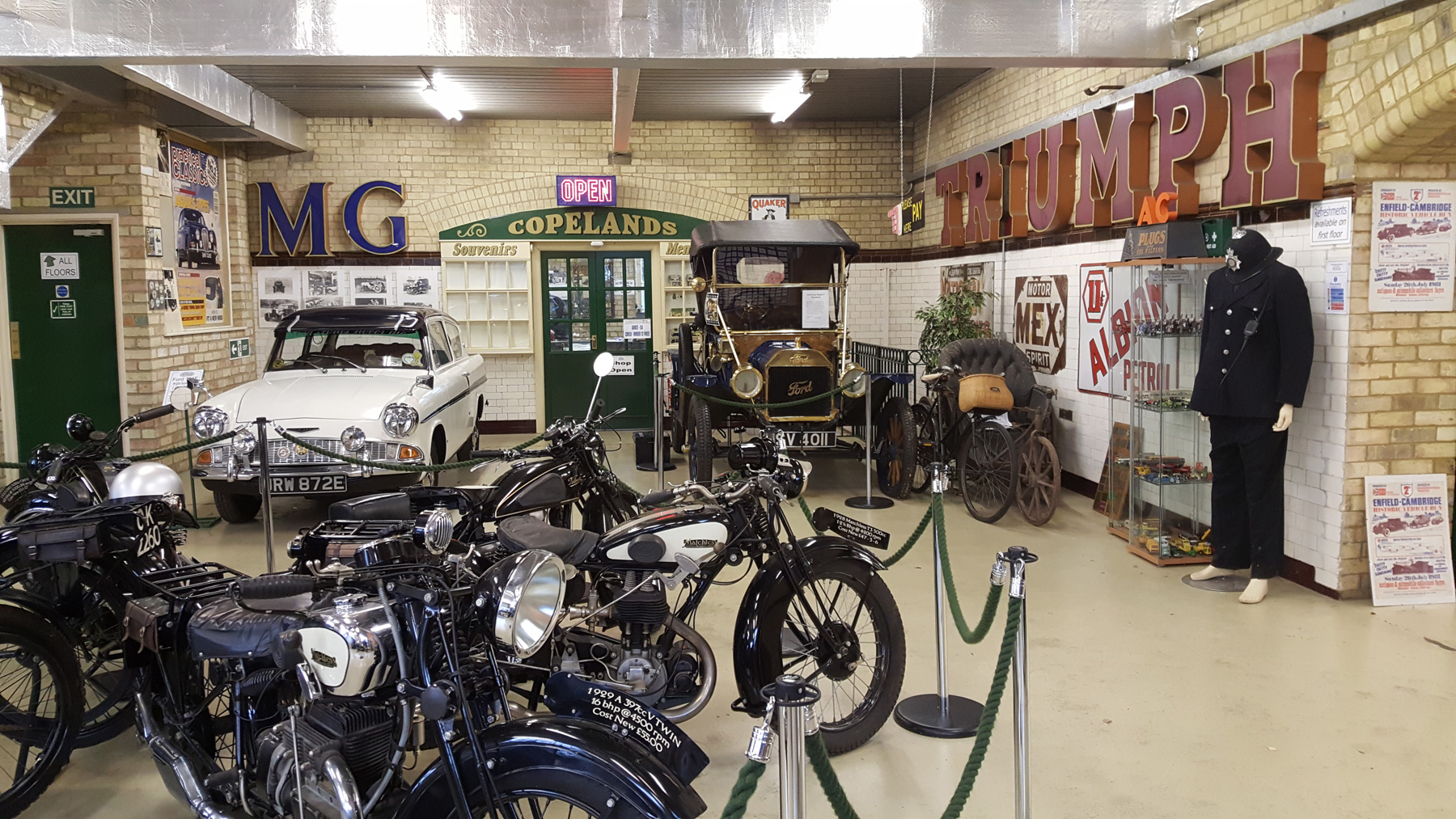 At around 110 years old, the main building is a former pumping station for the New River, which was dug in the 1600s to ship clean drinking water to the residents of far distant London.

Sold to the local group of heritage enthusiasts in 1986, this is less a formal museum of transport than a local community centre for local residents with small to medium collections they want to put on display. 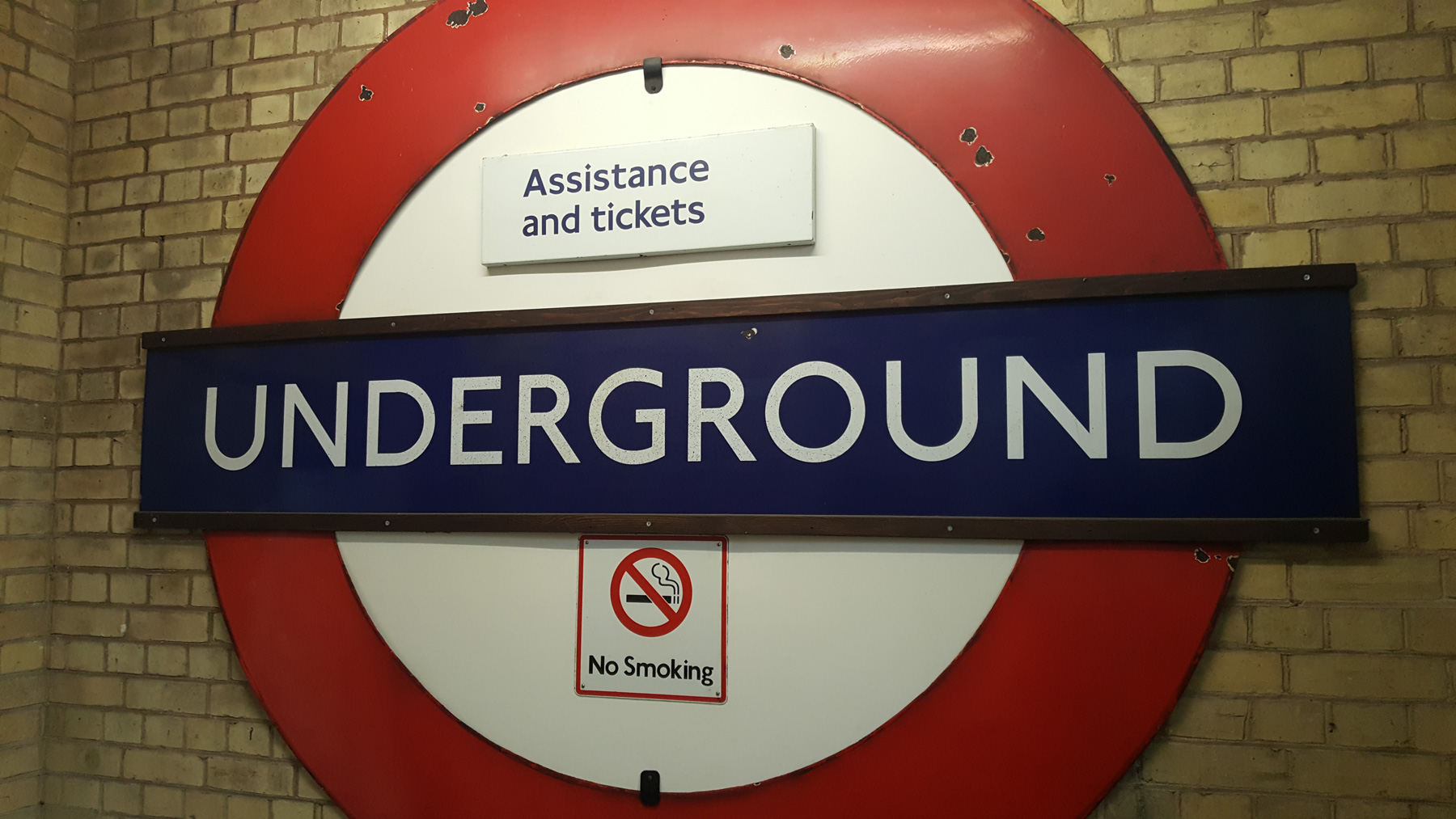 That’s not to belittle the main collection though, which ranges from an old Model T Ford through a worthy collection of cars right up to a Ferrari that’s tucked in an inconspicuous corner.

Four floors ascending in height as the size of the objects on display shrink in size.

Going in, a heady smell hits you, of oil and grease, of car mechanics, of your dad working in the garage on Sunday afternoons. It’s a smell that I personally find quite unpleasant, as it reminds me too much of long journeys in dad’s old cars and recurrent travel sickness, but it’s faint enough to trigger memories than being sickly overpowering.

The aroma adds to the collection though, adding a miasma of heritage to otherwise clinical displays. Too many museums are sanitized, with objects cleaned and polished to preserve them. Adding smell to a display makes it more current, more tangible gives it a realism that can be surprisingly missing from many museums.

Starting with the cars, unsurprisingly on the ground floor, pay via the shop, then you’re pretty much left to wander around as you like.

A spiral staircase upstairs, or if you prefer the main staircase, which is also lined with a heap of London Underground signs.

A huge collection of motorbikes dominates the first floor, and upwards to the second, for bikes of the human powered variety. 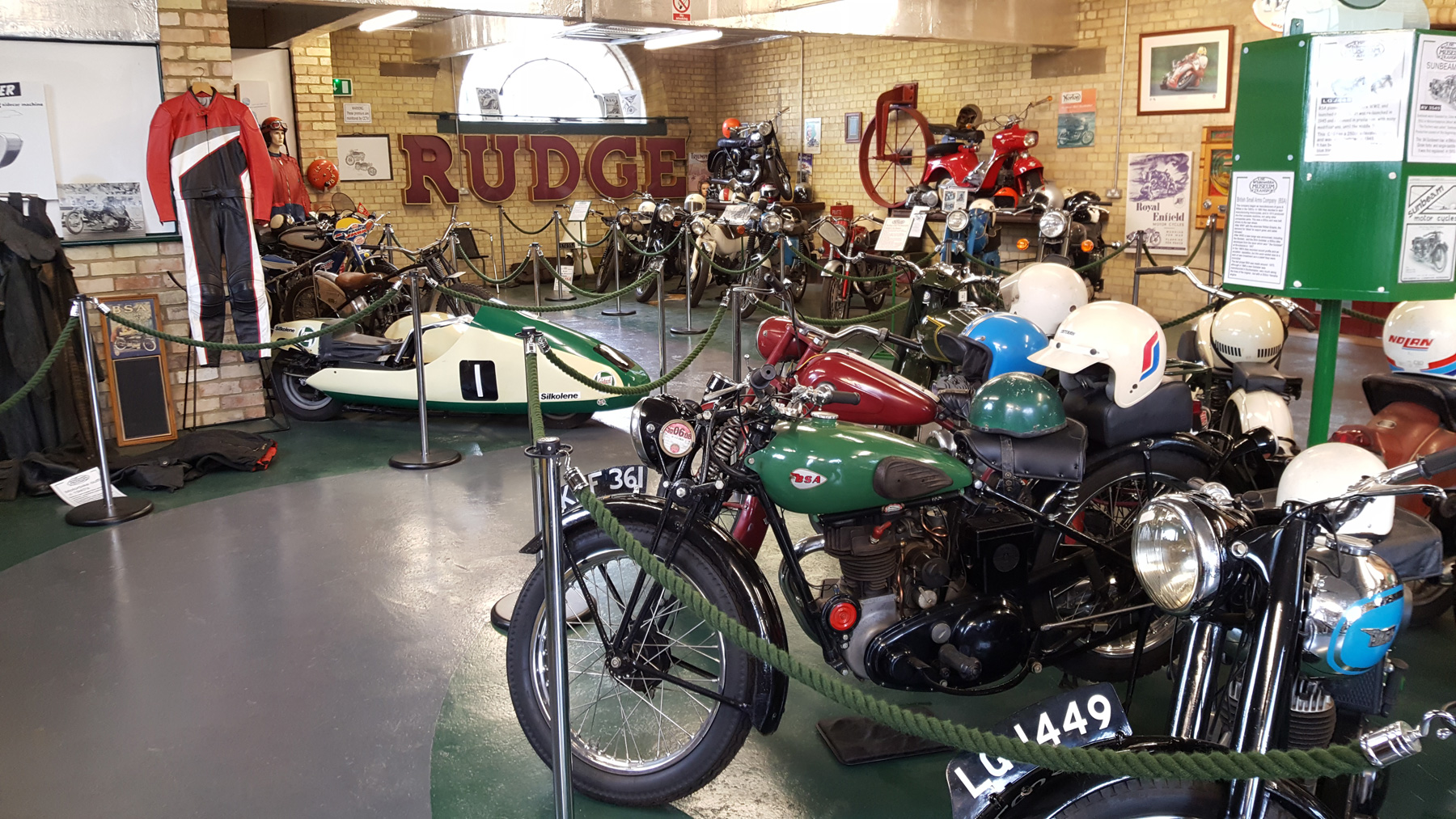 It’s the top floor that is most eclectic though, being the sort of place where a corner here and there has been handed over to some local chap with their private collection.

So, expect lots of model toys, laid out lovingly, a dose of WW2 heritage, including half an Anderson shelter, a glass case full of old cameras, a corner of mechanical workshop tools, a shelf full of typewriters.

All rather bric-a-brac, but so much better for being on display where all can admire, than in a garden shed somewhere. 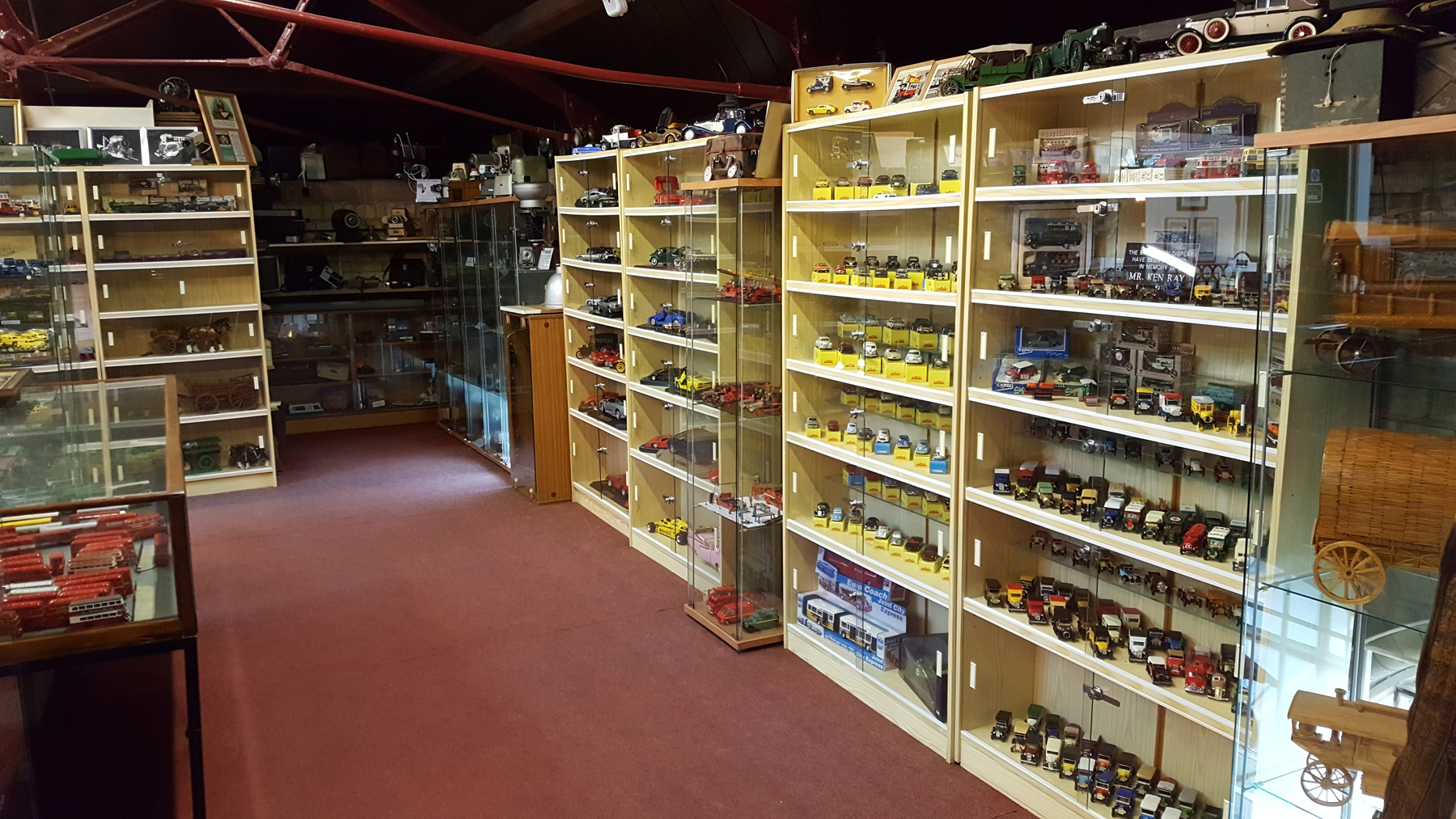 If that was all there is, then it’s good, but there’s more. Another collection of cars and vans awaits outside in the yard, and a very special green goddess fire engine. 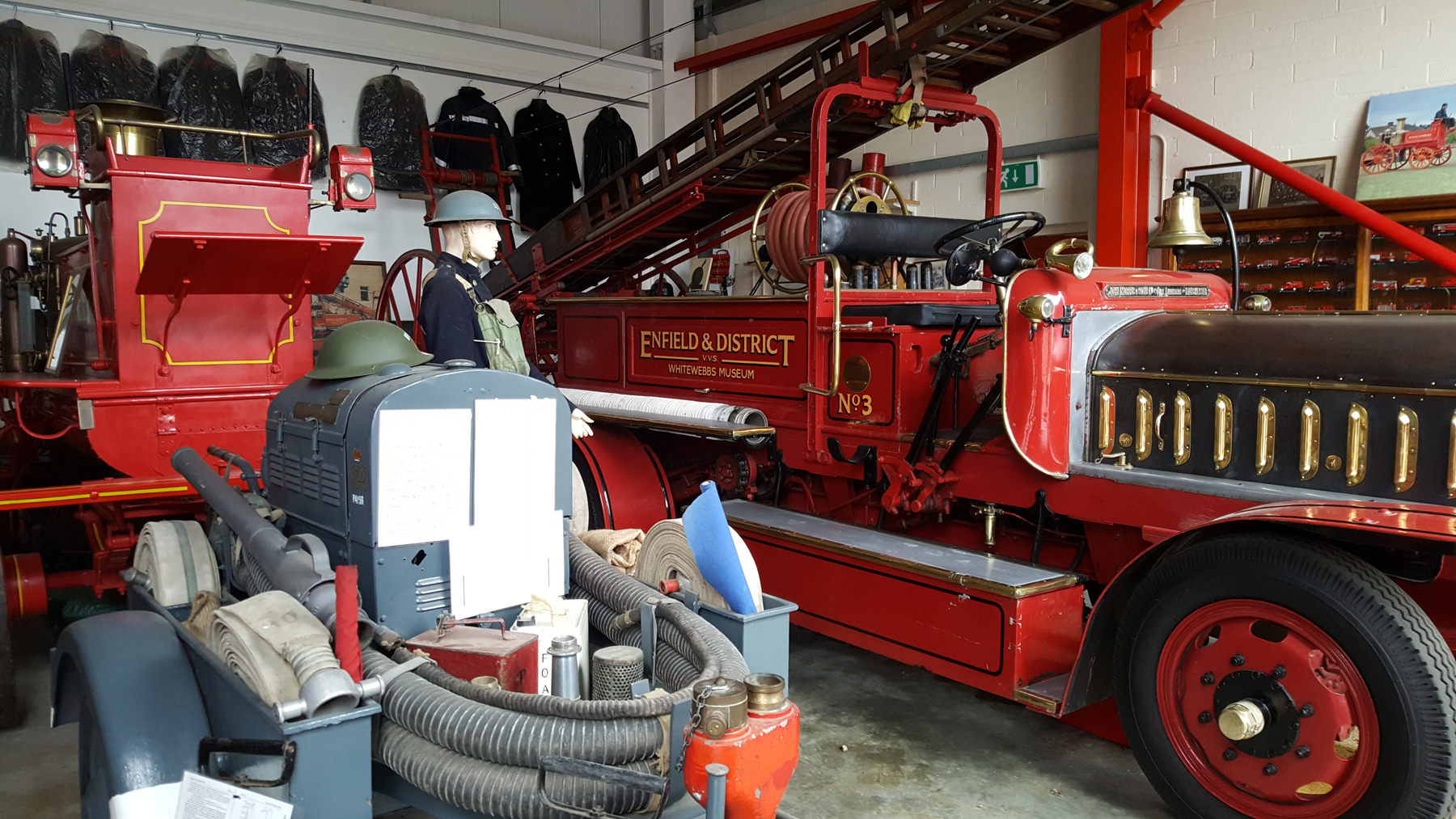 A train carriage is rather appropriately home to two large model railways, although, with a cramped narrow corridor filled with unmoving friends of friends who are there for a chat than to gaze at models, it can be difficult to see too much.

Still, more, there’s a room that is the sort of space that any dad would adore, it’s filled with the sort of mechanical junk that is too often these days thrown away. Not a museum collection, for here the clutter is for sale.

If you want a need a special size of spanner, they probably have the one you want. Old mechanics books fill shelves next to bits of rubber tubing and enough nuts and bolts to build a couple of garden bridges across the Thames.

If you used to have a jam jar full of old screws and nails, this is your heavenly delight. 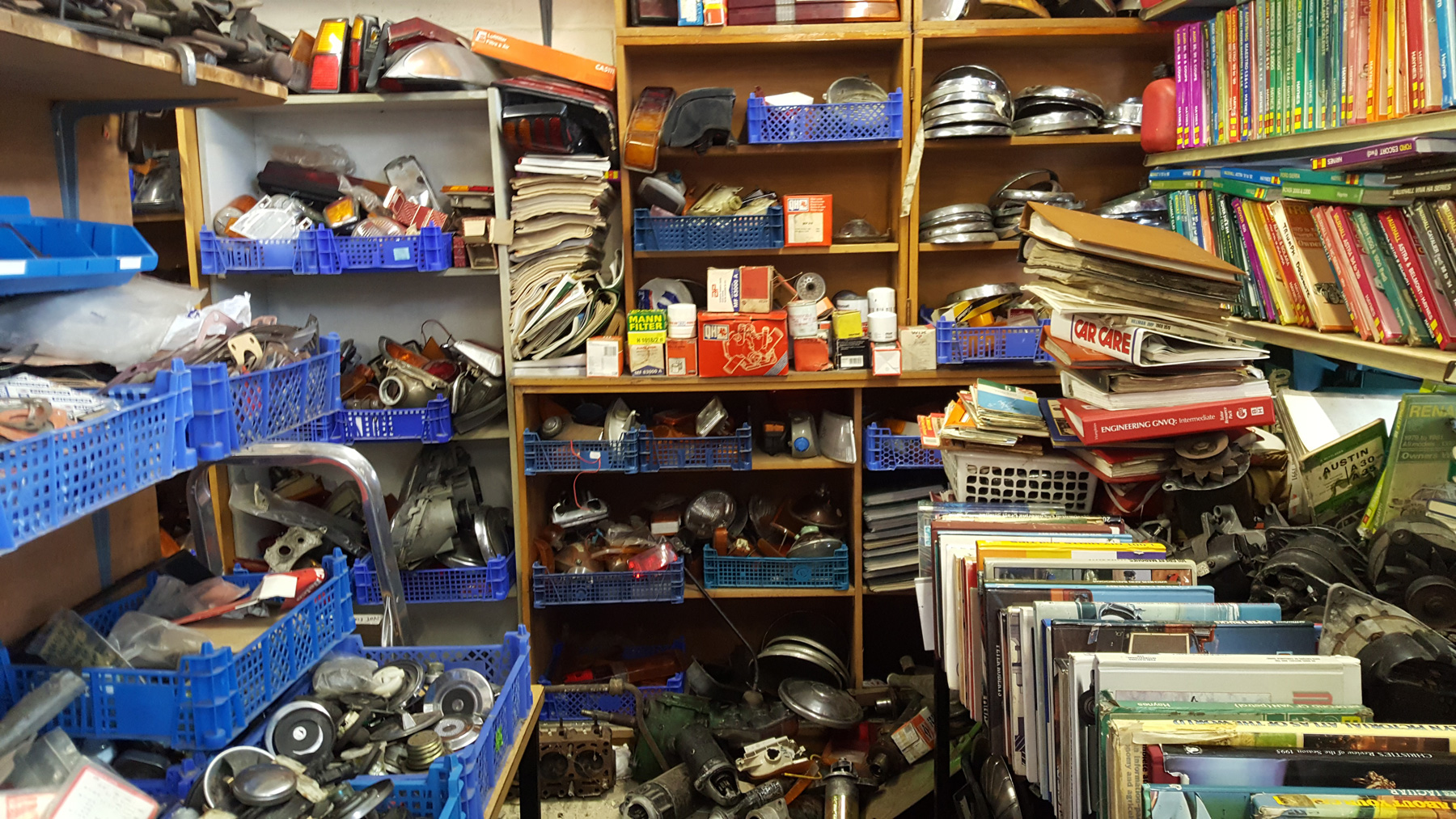 You can approach this museum either as a hardened transport nerd out to admire specific cars and bikes, or as a potted collection where the whole is worth more than the individual objects.

I soaked up the atmosphere, the smells, the grease and oil, the old and quirky, the cup of tea in an old cafe, the sheer eclecticism of the displays.

It’s quite simply delightful, in an old man in the potting shed sort of delight. 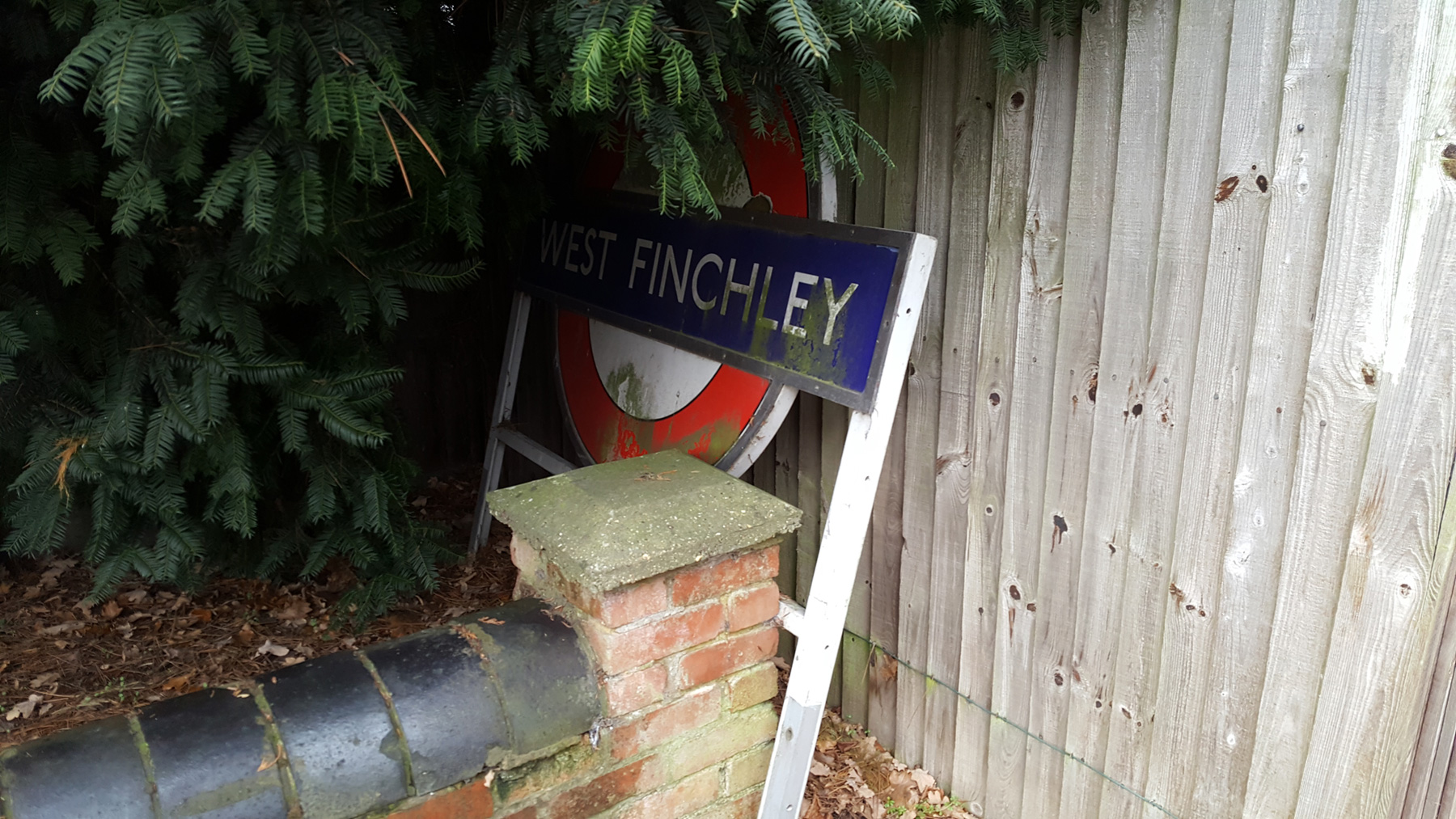 The Whitewebbs Museum of Transport is open on Tuesdays and rather more usefully, on the last Sunday of every month. Opening hours are 10am-4pm and it costs £5 to go in – cash only.

Bring cash before you arrive, as there are no cashpoint machines in the nearby garden centre world of a village. It’s about a 10 minute walk from Crews Hill railway station. 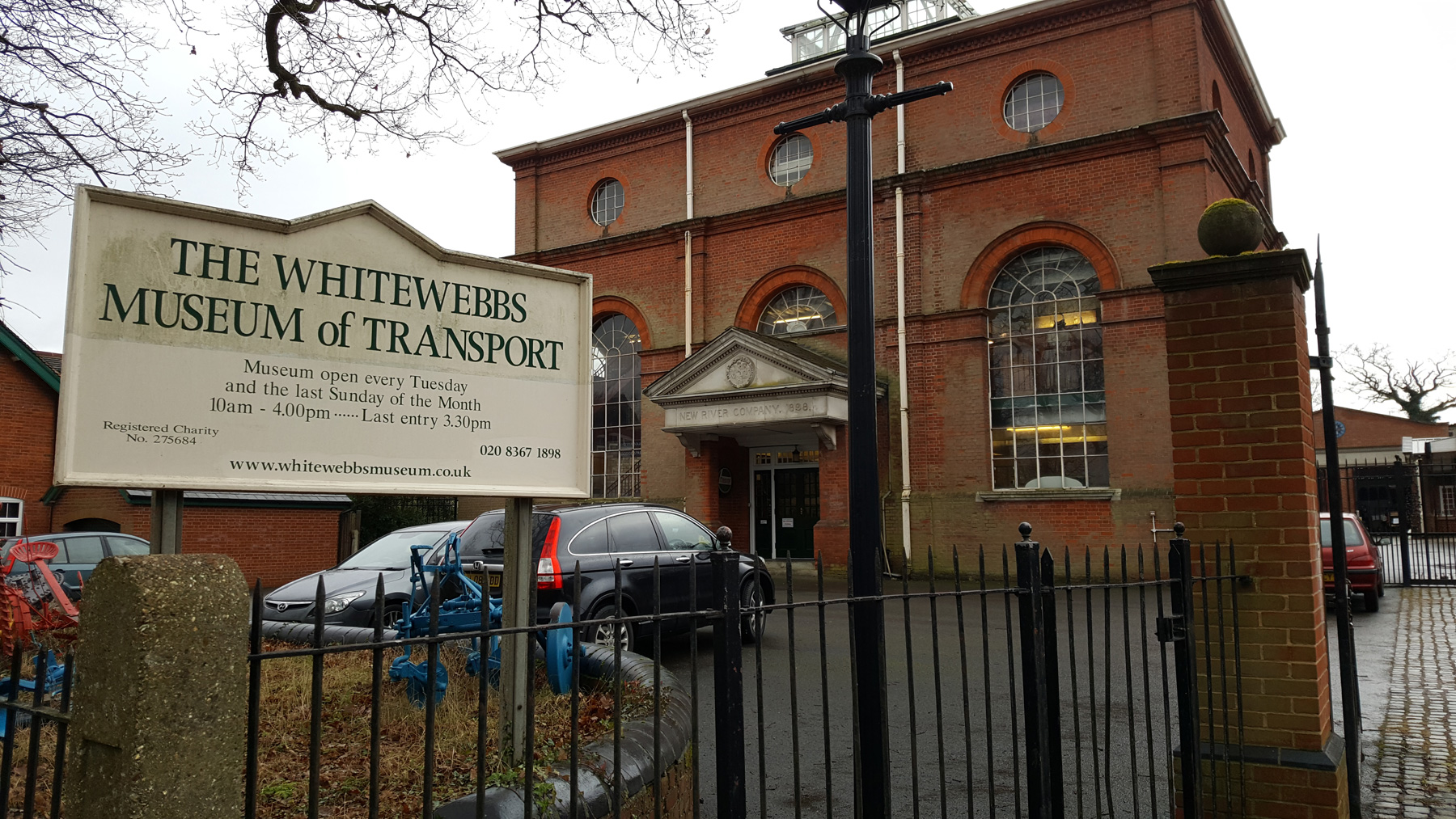