Erected in 1806, it commemorates the opening of the East India Docks, the remains of which are just around the corner from the plaques current resting place. 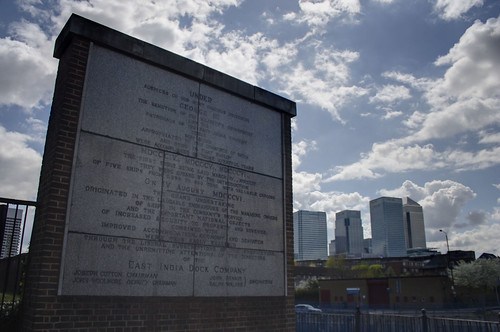 Its restored home was not to last long though, as the continuing decline of the London docks in the post-war years meant the eventual closure of the East India Docks — and the fate of the gatehouse was sealed when the expansion of the Blackwall tunnel was carried out in the 1960s.

The plaque was moved, to its current home, where it sits, not that far from another entrance, to the road tunnel. 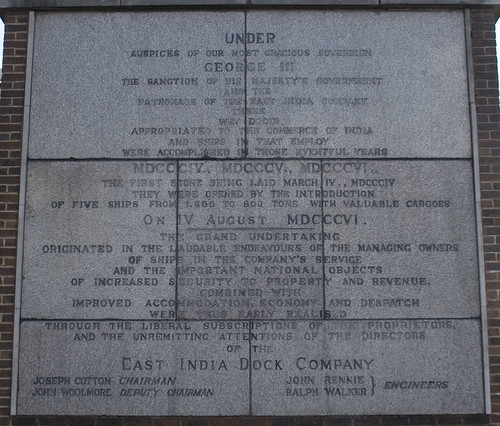