The upgrade works at Victoria tube station took another step towards completion, with the opening of a new pedestrian tunnel last week.

The new tunnel is the section highlighted in red below. The northern ticket hall (to the bottom of the graphic) opened a couple of months ago giving direct access to the Victoria Line. 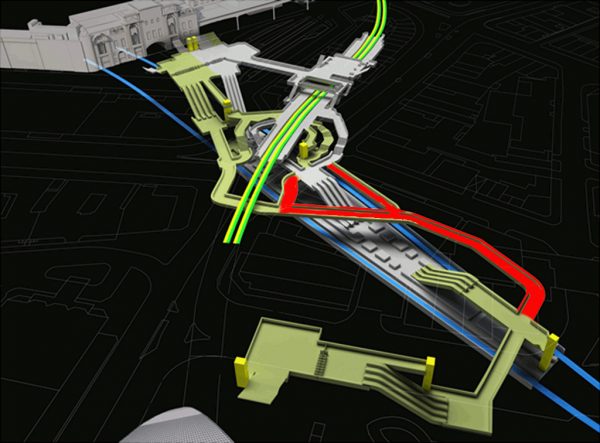 The tunnel now makes it easier for people using the new entrance at Cardinal Point to get to the Circle and District lines without having to use the entrance several minutes walk away outside the mainline station. 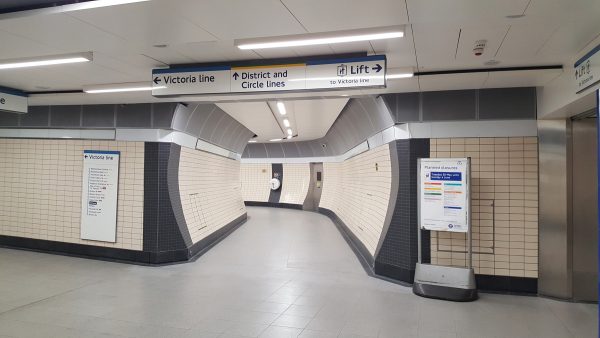 It’s deceptively basic looking for a tunnel that was carved through soft gravels and sands that had to be stabilised with concrete foam before any tunnelling could start. 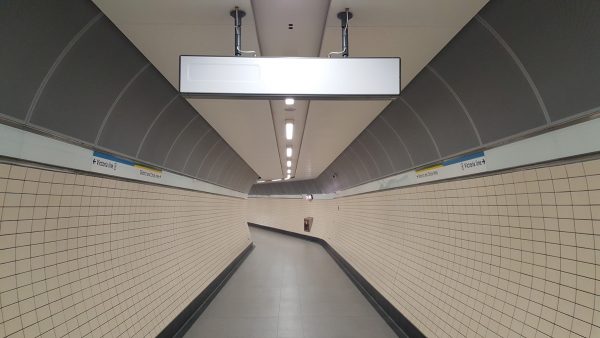 That said, a touch disappointed in the uniform cream tiling. The long tunnel at Green Park rather delightfully fades from Picadilly line blue to Jubilee line silver as you walk along it. 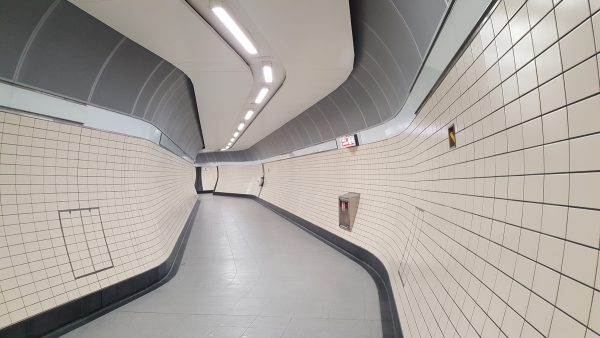 There’s still work to be completed, as there’s a blue wooden barrier at the end, behind which the tunnel extends to a new bank of escalators being prepared to expand the size of the ticket hall at the mainline station end of the underground complex. 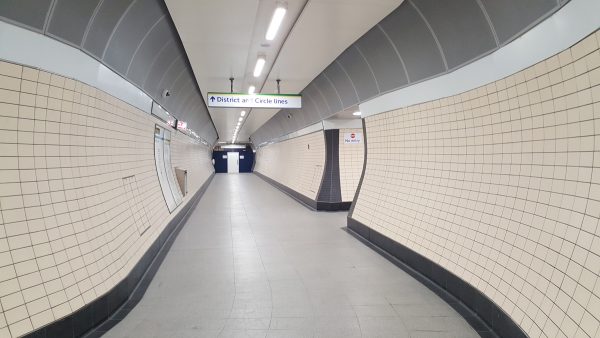 Work on that is expected to be completed in late 2018.

When the £700 million upgrade is finished, Victoria tube station will be three times larger than before, and have gained 9 new escalators and 7 new lifts in addition to the new northern ticket hall. 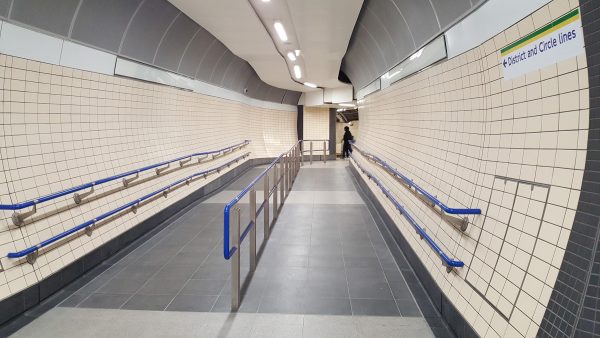