Half way down Regent Street, with minimal fanfare, a new tube station has opened on the Bakerloo line. Sadly, it’s not a real one, although it most certainly is underground. 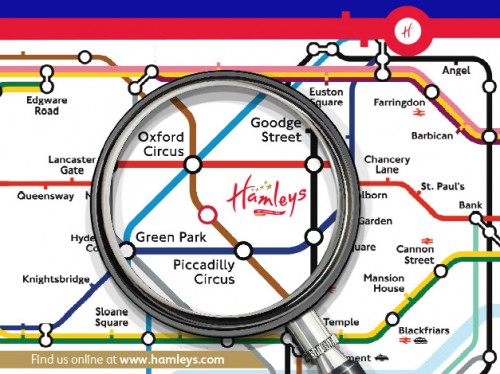 In fact, it’s a little bit of a mock-up of one in the basement of Hamleys toy store. And frankly, not much of one at that. Hardly enough to excite the tube geeks, but probably sufficient to trigger excitement in future tube geeks. 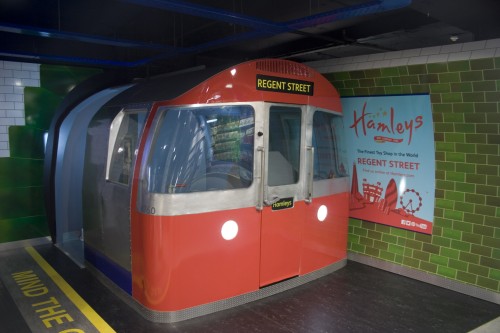 What is called the “Hamley’s Underground” is mostly the front of a real 1970s London Underground train, which has been parked here, and you can have your photo taken driving the train. OK, then, the adult tube geeks will enjoy that as well.

The interior of the train cab is fairly untouched, although the gauges have been made more child friendly.

There is a unit number on the side of the driver’s cab if anyone wants to confirm its heritage — unit 1760.

Otherwise, this is more an outpost of the Transport Museum gift shop with a wall of London Underground themed goodies to buy. 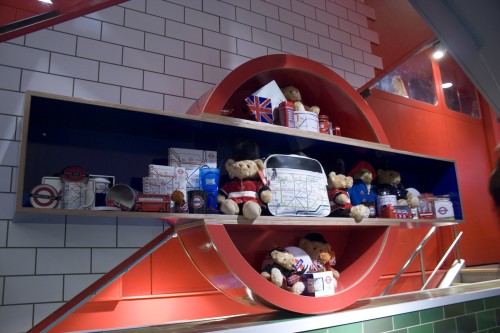 There is something that might make tube geeks squeak a bit.

They’ve mocked up a fake Central Line tube map — which may be a bit of an issue for the pedants, as I am fairly sure the tube train in the shop would never have run over the Central Line. 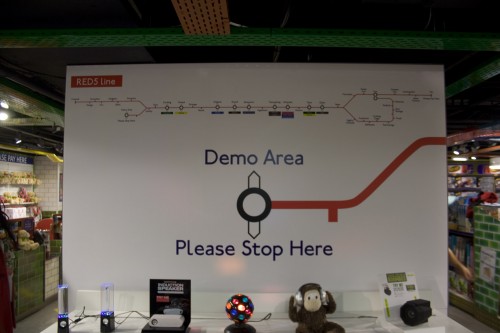 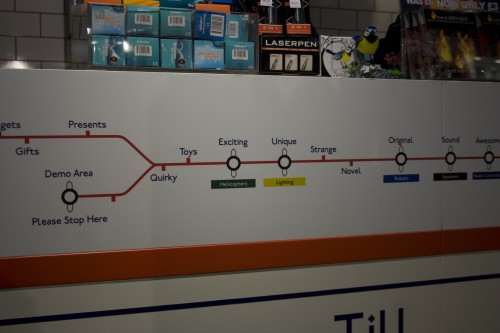 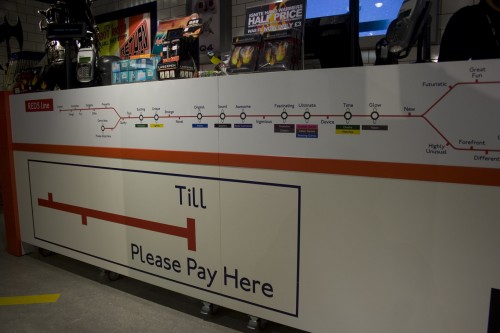 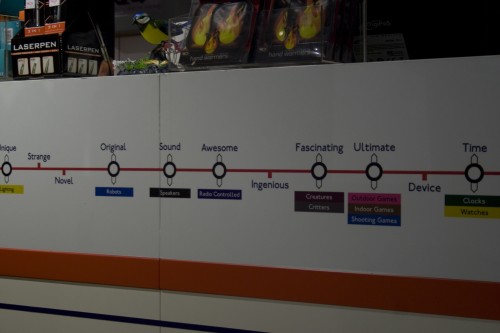 Actually, I liked the map the most, as it carried the “brand” around the basement a bit more and showed up some more interesting thinking going rather than just plonking an old tube train down in a corner somewhere.

Of course, if you want to see a genuine fake tube station, then there is one, and you can read about it here.