New skyscraper to sit next to Leadenhall Market

Leadenhall in the City isn’t exactly short of a skyscraper, or five, and now one is planned that will sit right next to the famous Victorian market building.

As with many City towers, it’ll include a viewing floor, but unlike the others, this will be an outdoor terrace on the 4th floor overlooking the market. Brookfield Properties, which owns the current building received consent for a 36 storey, 183m tower, containing a mix of office and retail uses back in December 2017.

At the moment, there’s a 7-storey building on the corner site, build in 1989, which will be demolished. Following a review of the project, Brookfield Properties is now bringing forward updated plans for the development. 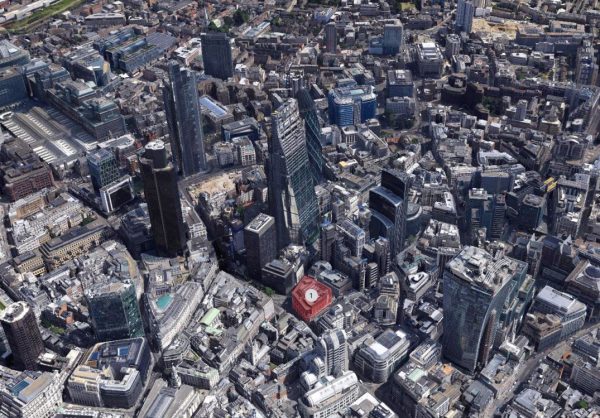 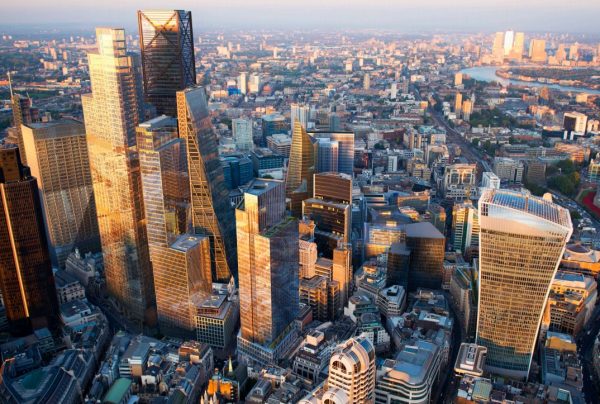 A planning application was submitted to the City of London earlier this week.

The amended tower will be approximately 6m less than the approved scheme. The new proposals will also create an increased public realm and will retain the planned free public terrace. The terrace will however be moved [8m] up the tower to provide better views across the City.

Although lower than the viewing platforms in other towers, as there are now do many “top-floor” viewing galleries in London, this idea has the potential to be a more accessible social site, at least in the summer months.

The official text from 1 Leadenhall says that “Everyone will be able to access the terrace by a dedicated lift from Gracechurch Street.”, which may avoid the security hassles of going into say the Sky Garden.

They are also pulling the frontage of the building back from the road, to widen the pavement, and the double-height ground floor looks more welcoming than the current building’s colonnade which is a bit claustrophobic.

The result though is a curious hybrid of a building, with what looks like a classic modern office block that’s then had a skyscraper plonked on top. 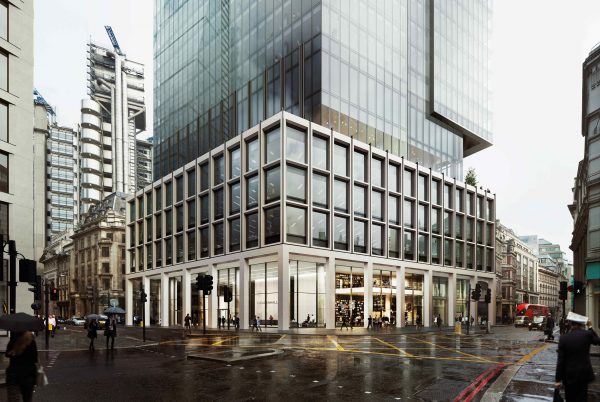 If the amendments are approved, then the final building will comprises28 storeys of office, a ground floor office lobby with retail floorspace and servicing bay, mezzanine office lobby level, retail at basement and fourth-floor levels with a publicly accessible terrace at the fourth floor and 5 storeys of plant. The building comprises a total of 36 storeys high with an additional 2 levels of basement below ground.

Continuing the move away from car parks, the scheme also includes 717 parking spaces for bicycles, with attendant showers and lockers.

The planning application is expected to be decided on by the end of Summer, and as the building on the site is already vacant, construction could start imminently.

Sadly, hopes for any new exciting archaeology discoveries are limited, for while the site sits on the corner of the Roman Forum, the 1980s building has basements that go down deeper than the Roman level, and it was researched back then.

Photos and renders from the planning application.