Another of London’s new Routemaster buses has been given an advertising makeover — this time by the guitar brand, Fender Stratocaster, which is marking its own 60th anniversary this year.

One of the buses has been wrapped in a Fender inspired design which includes an image of a giant Stratocaster guitar emblazoned across it. 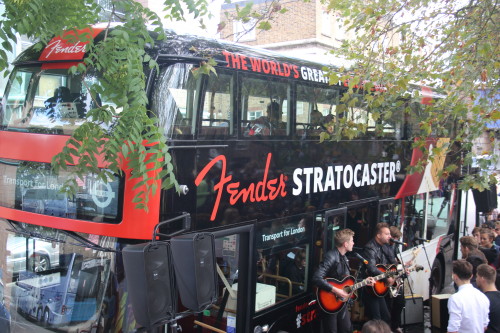 The launch of the bus took place last week, as a number of music bands put on a bit of a gig for local teenagers, and some ex-teenagers next to a park in Camden.

It’s possibly an indication though that the shape of the new bus is now sufficiently engrained into commuters that wrapping the red doubledecker bus entirely with an advert as opposed to just a few posters along the edges is not seen as a problem.

The mobile advert will now serve the number 24 route, which takes in Camden and Oxford Street.

There is also a London Transport branded guitar available, at £899. Guitar players with smaller budgets might prefer these tube map guitar picks, for a fiver. 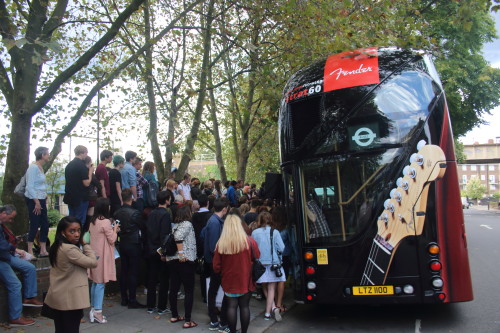 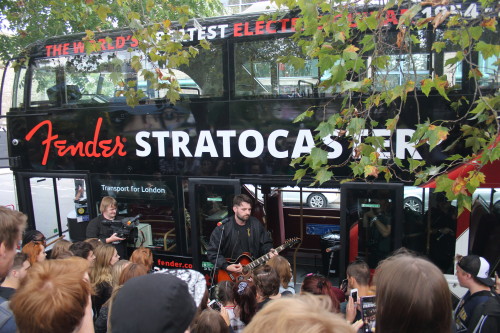 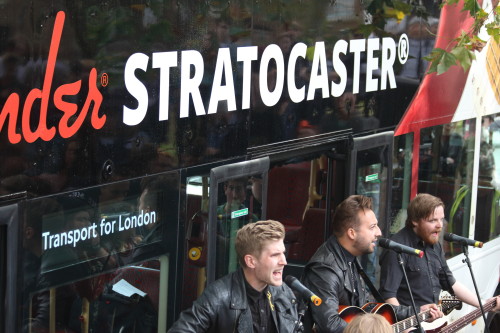