New photos from inside the Crossrail tunnels

Crossrail has released photos of some of its tunnels, as they turn from digging tunnels to putting a railway inside the tunnels. 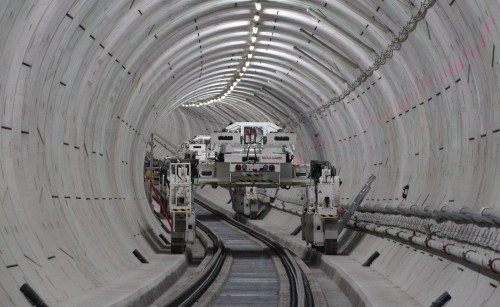 A fleet of bespoke machines will be used in the fit-out of the tunnels. Four giant multi-purpose gantries – which have been specifically designed for Crossrail – will carry and locate the track in the tunnels, before it is concreted into place. 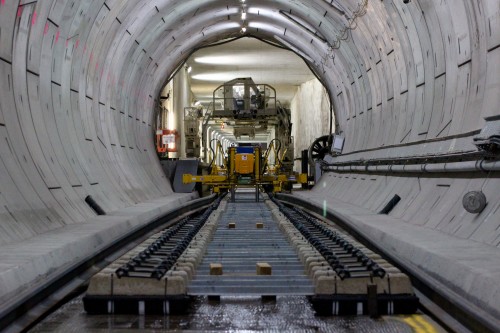 Crossrail will use 5 different types of track in its tunnels:

Due to the extra depth added by the spring base of the floating track, a shallower sleeper is needed. To ensure that the shallower sleeper remains durable and effectively minimises noise and vibration, an incredibly dense concrete called Magnadense is used, which is over twice as dense as normal concrete due to its natural iron ore content. 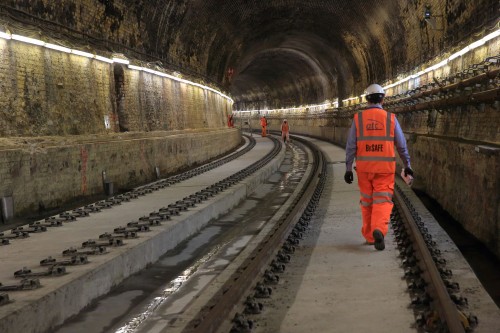 Two temporary logistics centres for Crossrail’s railway systems are located at Plumstead in southeast London and Westbourne Park in west London. These will be used by the many different engineering trains during the fit-out of the tunnels and stations. 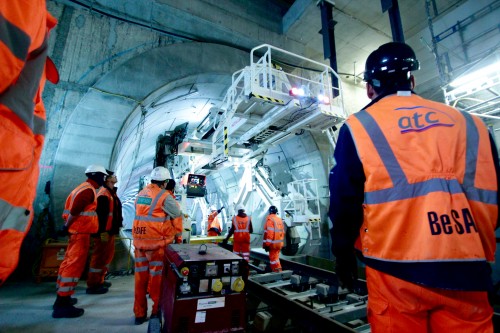 Plumstead is the larger of the two railheads with a total of eight tracks, an overhead gantry crane to supply engineering trains and an operations centre to coordinate the activity.

At Westbourne Park, the previous railhead that was constructed for the transport of excavated material from the western tunnels is being replaced with a new three track railhead. The materials needed for the western tunnels fit-out will be stored and loaded onto construction trains at a temporary storage depot at Old Oak Common and brought to the Westbourne Park railhead. 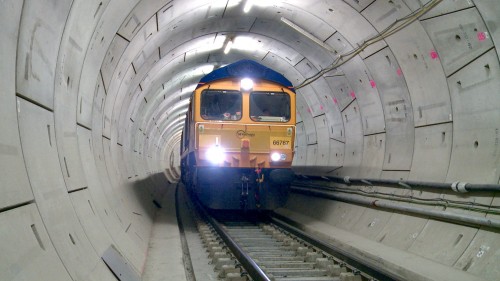 The first passenger trains as the renamed Elizabeth line will start service in two years time. 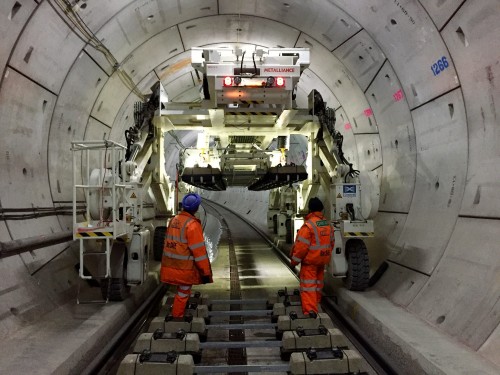 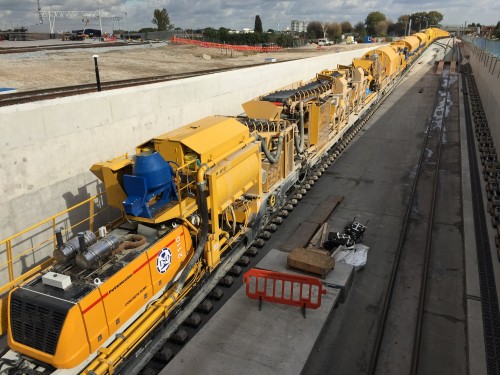 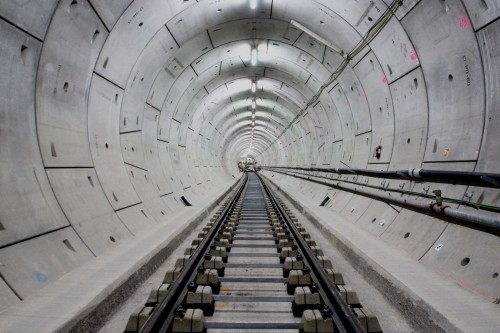 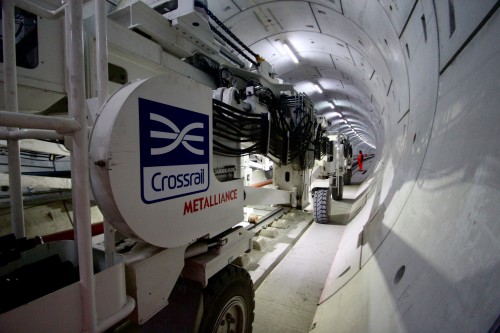