With just under a year to the first passenger trains, a new tube map has been shown off including the Elizabeth line (nee Crossrail) as it will be when the service launches in December 2018.

Although tube maps have been shown off suggesting what London’s Underground map will look like when Crossrail transforms into the Elizabeth line, this is the first official map. 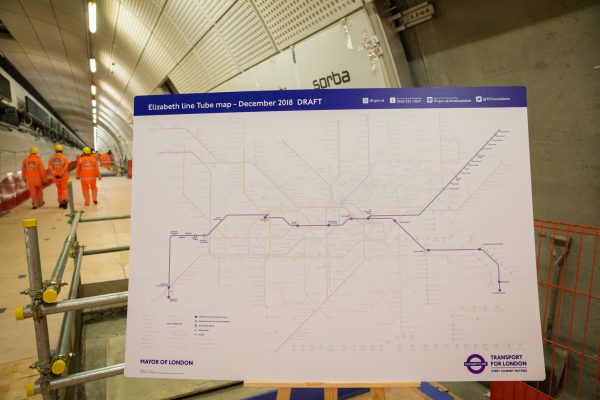 The construction of the Elizabeth line has now entered its final stages and will open to the public in phases from December next year, when ten new stations will open.

From December 2018, the line will initially operate as three services:

From December 2019, customers from Reading and Heathrow will be able to travel all the way through central London to the West End and the City and beyond without needing to change trains.

Significant milestones have been met earlier in the year, including the completion of the 50-kilometre Elizabeth line track in September as well as the introduction of the first new Elizabeth line train in passenger service between Shenfield and Liverpool Street in June.

Ahead of the Elizabeth line opening next year, intensive works continue by Crossrail and its contractors to complete the fit-out of the new stations and install the railway systems including power, signalling and communications equipment.

Farringdon and Tottenham Court Road are nearing physical completion with work advancing at the other station sites. The installation of platform screen doors has now reached the halfway mark and over two-thirds of escalators have been installed. 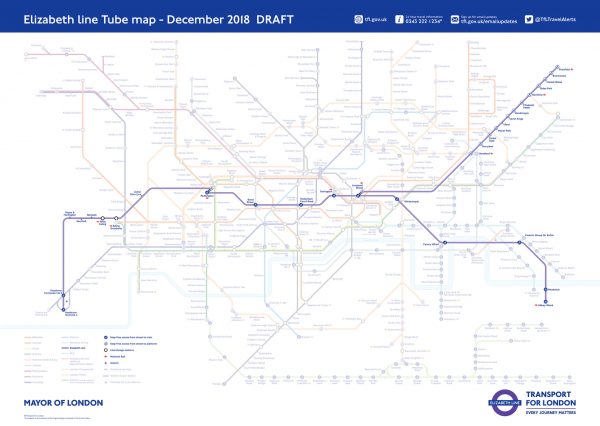