In more detail, the London Overground could, potentially, get an extension from Barking along the existing Tilbury line and then via a new section of railway, to be built as a raised viaduct, heading south after the railway passes underneath Renwick Road Bridge.

The route would end at Barking Riverside.

The new terminus neatly avoiding the close call of terminating at the scrapped Dagenham Dock station. 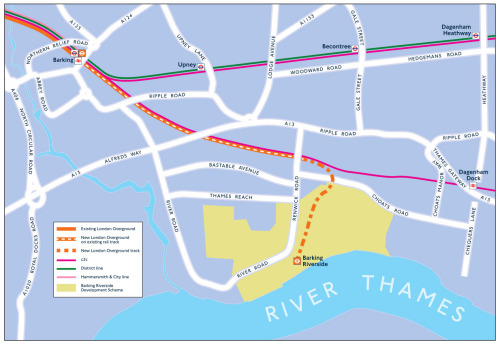 As this is just the consultation phase — albeit one that implies that the route will go ahead — then there will be some public exhibitions.

Or you can fill in the online survey here.

If approved, then TfL plans to apply for the necessary permits by the end of next year, and the line could open in 2019, by which time, the rest of the Overground that it connects to should also be electrified. 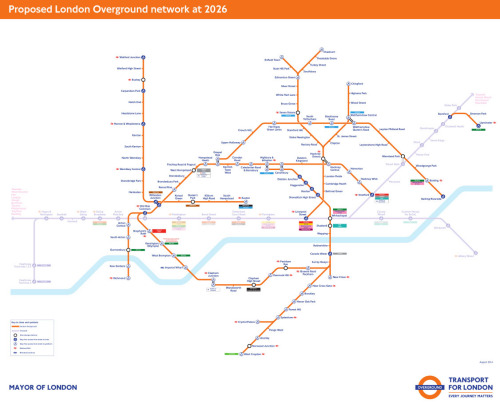 Tantalizingly, the design of the plans allows for the possibility of a further extension south at some point in the future — which could be the oft-rumoured connection to the heart of transport wilderness that is the Thamesmead estate.

Oh, and if you’re looking at the Overground map, take a look at Western side for a new station there as well.