The 15 metre tall glass entrance, which sits on the Centre Point side of the street opened as TfL confirmed that Central line trains will stop at the station again from Monday (7th Dec). 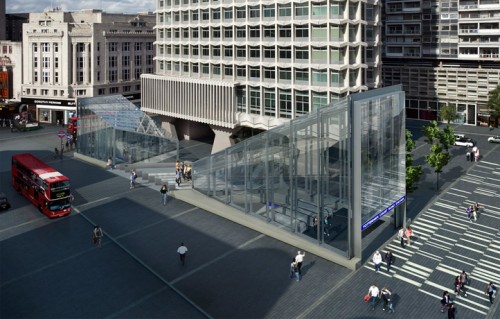 The new entrance will give customers much easier access to the Northern and Central lines and marks a major milestone in TfL’s £500m upgrade of the station.

It is adjacent to the Centre Point building in what will become a new public plaza in 2016, offering better facilities for cyclists and improvements to bus services. When the new plaza is completed, the new entrance will be mirrored by a glass entrance in the same style facing towards Oxford Street. 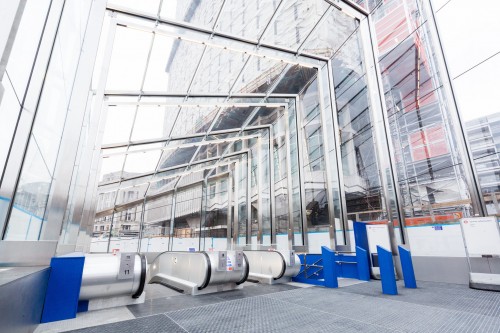 While the Central line has been closed at Tottenham Court Road for the past twelve months, TfL has constructed a new 110m metre passageway which will eventually link to the new ticket hall. They’ve also built a new step-free access lift shaft and refurbished six escalators.

The Central line closure at Tottenham Court Road has also allowed a specialist team to restore the famous 20th-century Paolozzi mosaics. This work is ongoing, and once complete in 2016, around 95 per cent of the mosaics at the station will have been retained in their original 1984 locations.

As many of the original tiles as possible have been reused, with new tiles of the same colour, produced using the original processes, to replace those damaged since they were installed at the station. The famous mosaic piece from the former Oxford Street entrance will be conserved and relocated within the new station. 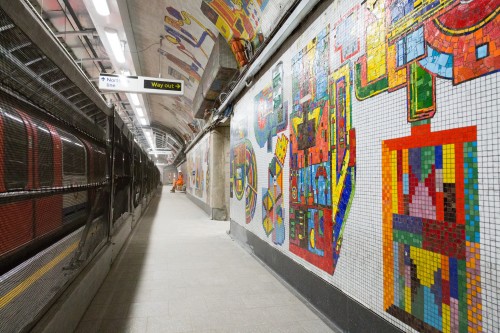 The remainder of the mosaics have been transported to the world-renowned art institution in Sir Eduardo Paolozzi’s home city, where he studied in 1943 and later became a visiting professor.

The new south plaza entrance will feature the latest in a series of artworks by the French artist Daniel Buren. 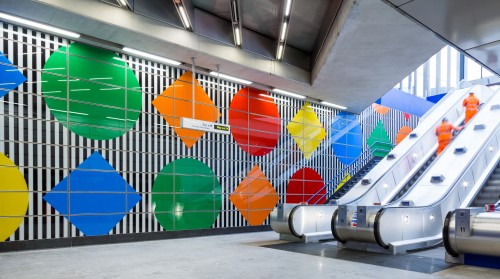