From well-known and treasured stories including Aesop’s Fables, Black Beauty and The Tale of Peter Rabbit, to writers such as Michel de Montaigne, Anton Chekhov and T.S. Eliot, storytellers have used animals not only to capture the imagination of readers but to deliver powerful and revealing messages about what it means to be human.

Animal Tales, a new exhibition in the British Library, asks why animals have come to play such an important role in literature for adults and children alike with a variety of charming editions and manuscripts from the Library’s collections.

Set amongst silhouetted animals and a woodland scene, the exhibition explores the central role animals have played in traditional tales around the world, their importance to the development of children’s literature and their use in allegories from The Lion the Witch and the Wardrobe to the first appearance of Art Spiegelman’s Maus in the underground comic Funny Aminals. 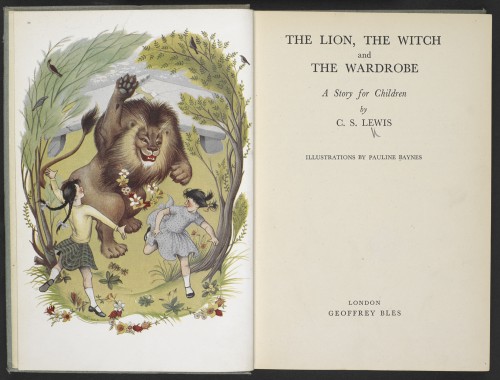 The title page from the 1950 London edition of CS Lewis’ The Lion, the witch and the wardrobe. Copyright c CS Lewis Pte Ltd

In the centenary of Franz Kafka’s The Metamorphosis, it also looks at the literary transformations between human and beast, from Philip Pullman to Angela Carter.

On display will be Library treasures spanning centuries of history, from one of the earliest illustrated printed editions of Ovid to modern prize-winners of today such as Helen Macdonald’s H is for Hawk. 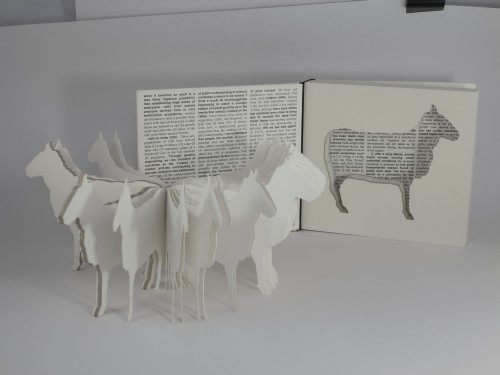 The exhibition is open until the end of October and is free to visit.