Conceived before NASA, before Sputnik, Britain was leading the space race with the development of the world’s longest running, yet oddly little known, space rocket programme.

The project, originally called CTU Series 3, but later given the more exciting name of Skylark started in 1955 and was a cold-war rocket designed to test the conditions in the upper atmosphere so that military scientists would know how nuclear armed ballistic missiles would behave.

It’s legacy is however in civilian science. 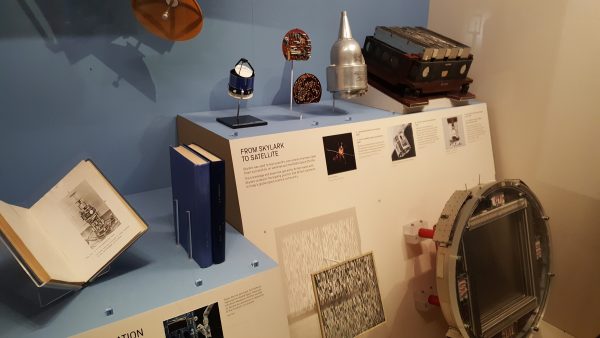 Just two years after the project started, its first launch took place, and today marks the 60th anniversary of that first launch. The Skylark rocket was also Britain’s contribution to the International Geophysical Year, an international project to research the physics of the Earth that took place in 1957.

To celebrate this very British success, which saw 441 rockets launched over a nearly 50 year period, a new exhibition has opened at the Science Museum. 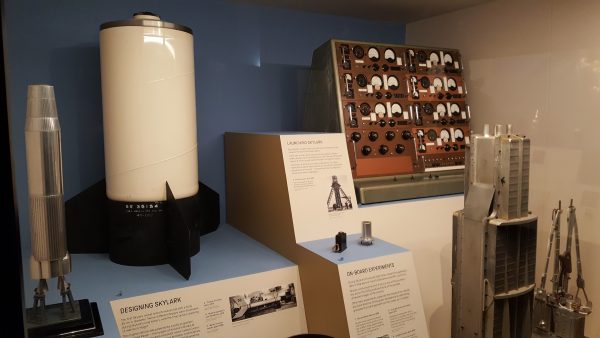 Although the rocket flights lasted just 10 minutes, the Skylark rockets were able to reach heights beyond of the existing scientific balloons of the time. The exhibition includes archive footage of the Skylark flights and interviews with scientists who developed the rockets.

Those scientists were at the time young PhD students getting grants to work on this new fangled rocket and space stuff, and their main interest was in testing issues such as x-rays from space, which are normally absorbed by the atmosphere before they reached the ground, as well as the rocket technology itself.

While Britain doesn’t make many rockets anymore, we are still one of the leading countries for the much more important bit that goes on top of the rockets – the payload.

The former students are now Professors, and without their experience with Skylark, British involvement in space projects would have been much reduced. Skylark lead to British involvement in projects such as the Hubble Space Telescope, the Giotto flypast of Hally’s Comet, and the dramatic landing of the Cassini–Huygens probe on the surface of the Saturn moon of Titan. 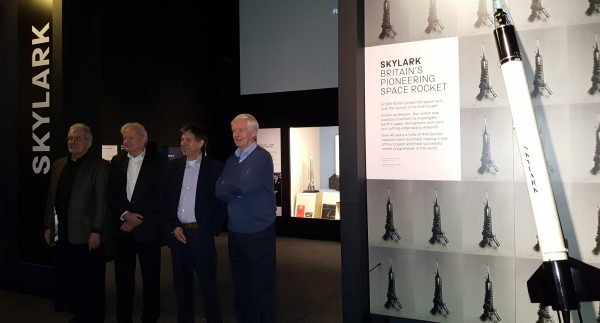 Over a 50 year period, Britain launched 441 Skylark missions, making it one of the longest and most successful rocket programmes in the world. The final Skylark launch took place as recently as May 2005.

It trained generations of scientists, but outside academic circles this triumph of British science is sadly little known.

This exhibition will hopefully remind people that Britain was not just a major player in the space race, but today is still one of the leading countries in civilian space research.

Next year, NASA will launch Hubble’s successor, the James Webb space telescope, and some of it’s instruments will be a direct legacy of the Skylark project. Sixty years on, and Britain’s space race is still delivering the goods.

The exhibition itself comes with a model of one of the rockets, a couple of display cases and some video interviews, but the big screen showing a rocket blasting off into space should cause heads to turn if you walk past. 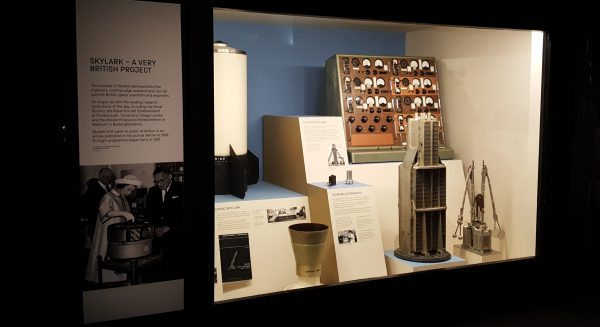 The exhibition is open now in the Space exhibition space on the ground floor at the Science Museum.